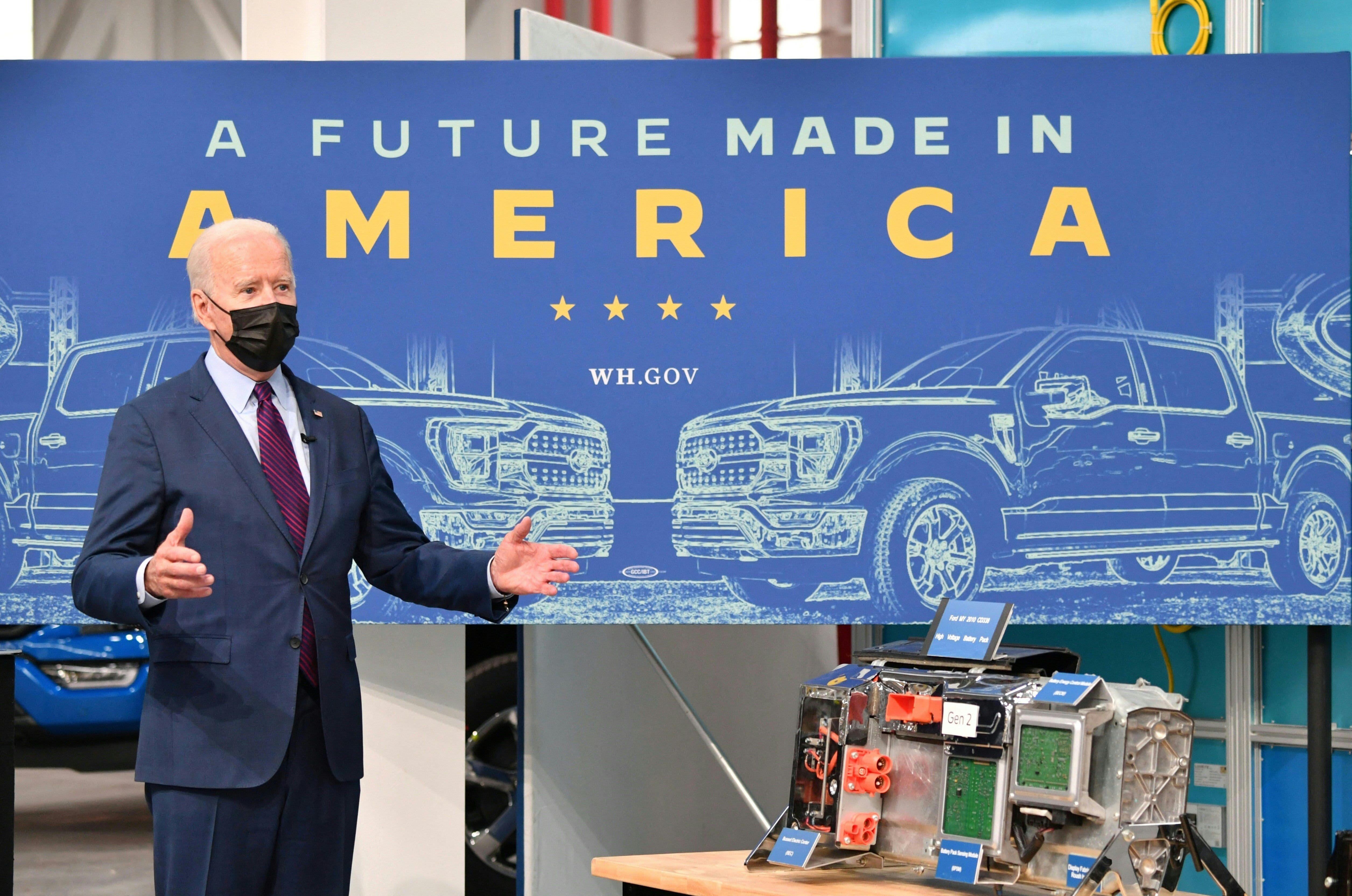 President Joe Biden speaks during a tour of the Ford Rouge Electric Vehicle Center, in Dearborn, Michigan on May 18, 2021.

DETROIT — President Joe Biden is expected to use a visit Tuesday to a Ford Motor plant in Michigan to tout his agenda for American-made electric vehicles and his $2 trillion infrastructure package that includes $174 billion to spur the development and adoption of electric vehicles.

Biden will tour Ford’s new Rouge Electric Vehicle Center near the company’s headquarters in Dearborn, Michigan, where the electric F-150 Lightning pickup will be produced. He’s expected to see the vehicle and receive a technical briefing of the truck ahead of its public unveiling Wednesday.

Ford’s all-electric F-150 will be called Lightning. The all-new F-150 Lightning will be revealed May 19 at Ford World Headquarters in Dearborn and livestreamed.

The F-150 Lightning, which Ford is touting as an inflection point for the company, is expected to go on sale by mid-2022. An EV version of the best-selling truck in the U.S. could help Biden push his EV agenda, which is expected to include consumer incentives to spur adoption of the vehicles.

“The fact that he’s coming shows the commitment and the interest our government has in the electrification of the auto industry,” Ford Chairman Bill Ford said last week at the automaker’s annual shareholders meeting. “The fact that we’re taking America’s favorite vehicle and we’re electrifying it really is a huge exclamation point. That hasn’t been lost on anyone, including the president of the United States.”

Reuters, citing an unpublished White House fact sheet, reported Tuesday that Biden is expected to disclose more details of his plans to spur EV adoption during the visit. He’s expected to rule out consumer incentives for high-priced electric luxury models while pushing for incentives for mainstream vehicles as well as manufacturers that use good labor practices.

The F-150 Lightning could be the poster child for such plans. It will be union-made, unlike the Tesla Cybertruck, and it’s expected to appeal more to mainstream Americans than General Motors‘ upcoming $110,000 GMC Hummer EV pickup. GM, however, has plans to produce a more mainstream electric version of its Chevrolet Silverado pickup.

Pickups are viewed as an important way to increase consumer adoption of EVs because they’re the best-selling vehicles in the country. They’re also extremely important to fleet and commercial customers, expected to be among the largest purchasers of EVs.

“The F-150 is 1 out of every 10 vehicles made in the U.S. If we’re going to move to an electric future, then it’s going to have to involve vehicles like this,” said Kristin Dziczek, senior vice president of research at the Center for Automotive Research.

Biden has expressed interest in replacing the government’s massive fleet of cars and trucks with EVs assembled in the U.S. In 2019, the U.S. government had 645,000 vehicles that were driven 4.5 billion miles and consumed 375 million gallons of gasoline and diesel fuel, according to the General Services Administration.

Ford’s F-Series pickups have been the best-selling truck in the U.S. since the mid-1970s.

The wildly popular truck has reigned supreme for 44 years, including 39 years as the best-selling vehicle overall in the U.S. The significance of the truck to Ford can’t be overstated. F-Series, which includes the F-150 and large truck siblings, is the automaker’s profit engine.

It’s why investors and politicians are closely watching Ford’s unveiling this week of the F-150 Lightning.

“It’s their most important product,” said Stephanie Brinley, principal automotive analyst at IHS Markit. “This is a space that they’ve done incredibly well for more than 40 years, and they’re not going to cede leadership on any element of it willingly.”

At $42 billion in revenue a year, F-Series is among the largest consumer products in the nation, according to a Ford-commissioned analysis last year by Boston Consulting Group. It ranks behind Apple’s iPhone but ahead of Android OS devices, Disney and all major sporting leagues, according to the study.

It also found F-Series supports about 500,000 U.S. jobs through production and sales, representing 13 to 14 jobs for every direct Ford employee working on the truck. It also contributes about $49 billion to the U.S. gross domestic product, according to the study. 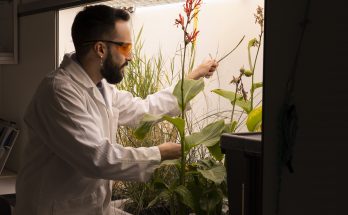 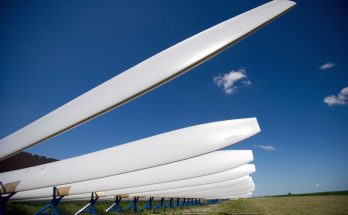 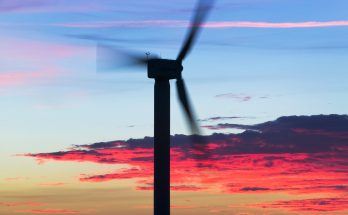