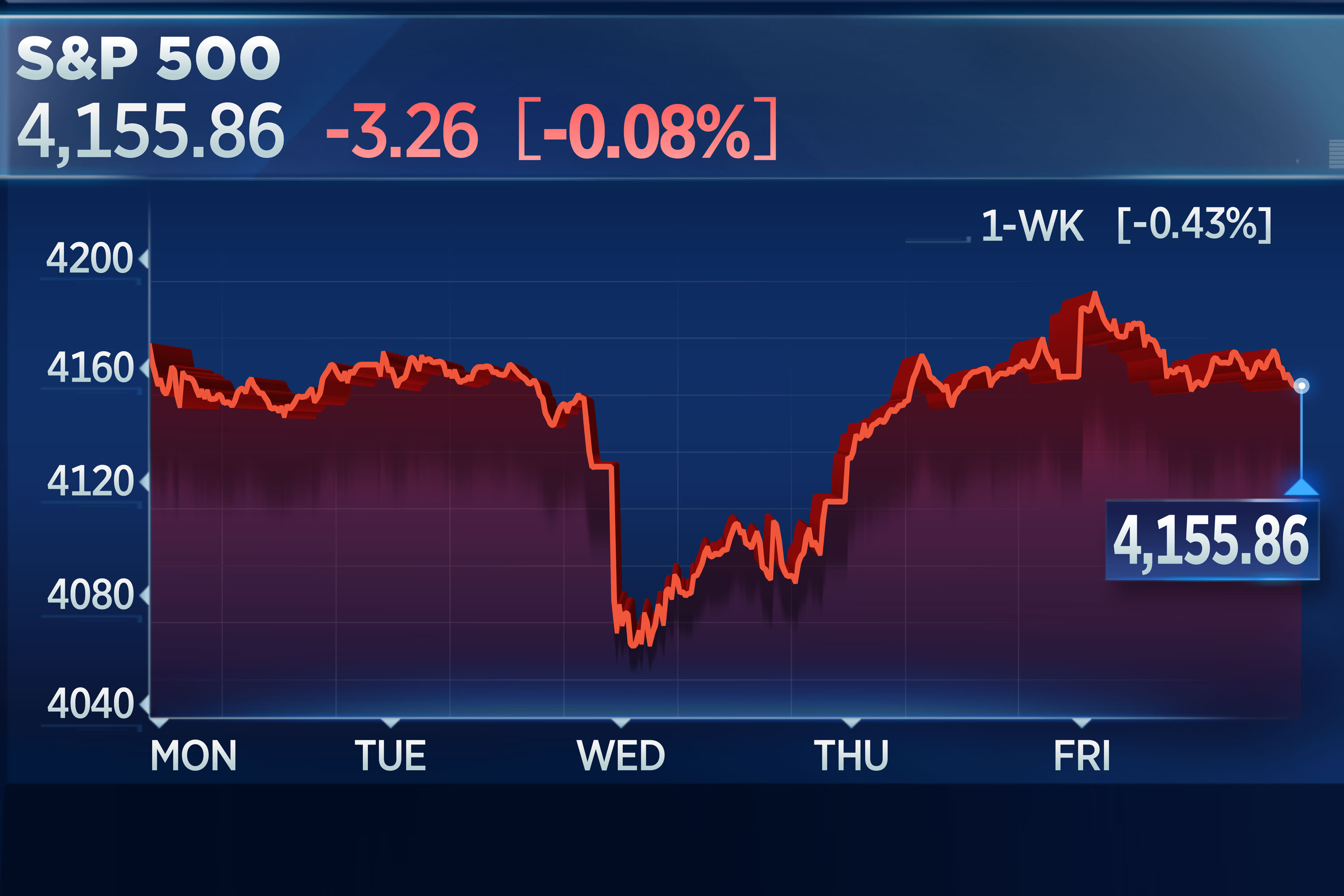 The S&P 500 erased earlier gains and finished Friday near the flatline as the tech sector came under pressure again amid another drop in bitcoin price.

For the week, the S&P 500 fell 0.4% to register its first back-to-back weekly losses since February. The blue-chip Dow dipped 0.5% on the week, while the Nasdaq Composite eked out a 0.3% gain this week, breaking a four-week losing streak.

Bitcoin, which shook markets earlier in the week with a 30% collapse, dropped again on Friday after Chinese Vice Premier Liu He warned about bitcoin mining and trading behavior, saying tighter regulation is needed to protect the financial system. The price last traded 10% lower to around $36,000. Crypto-linked shares including Coinbase and MicroStrategy turned red on the headline and ended the day 3.9% and 4.7% lower, respectively. Tesla fell 1%.

Boeing popped 3.2% after Reuters reported the aircraft manufacturer discussed increasing 737 MAX output to as many as 42 jets per month by late 2022.

Helping sentiment Friday was a gauge for U.S. manufacturing activity that surged to a record high this month. The IHS Markit Flash U.S. Manufacturing Purchasing Managers’ Index jumped to an all-time high of 61.5 in May from 60.5 in April. Economists polled by Dow Jones had expected the index to hold steady.

“The first major economic data point for the month of May was very strong,” Adam Crisafulli, founder of Vital Knowledge, said in a note. “We already know the Fed is thinking about tapering and this release may cause them to think about it a bit harder, but stocks should be fine so long as the Fed doesn’t signal a taper before Nov.”

Shares of Nvidia jumped 2.6% after the chip giant announced a 4-for-1 stock split. The shares increased even though the split adds no actual value to the stock.

Ford, which said it has 20,000 reservations for its new electric F-150 pickup, gained 6.7%. Home Depot shares ended the day close to flat after the retailer announced a new $20 billion share buyback program.

In another sign of market confidence, new IPO Oatly, which jumped 18% on Thursday in its Nasdaq debut, climbed more than 11% on Friday.

Friday’s moves followed a comeback day on Wall Street with the Dow gaining 186 points and the S&P 500 and Nasdaq composite ending the day 1.06% and 1.77% higher, respectively. Investors cheered a new pandemic low in jobless claims Thursday.

Thursday’s “jobless claims improvement furthers our view the disappointing April jobs report was likely a blip rather than a sign of deceleration, and we anticipate meaningful labor market improvement in coming months,” said Scott Ruesterholz, a portfolio manager at Insight Investment.