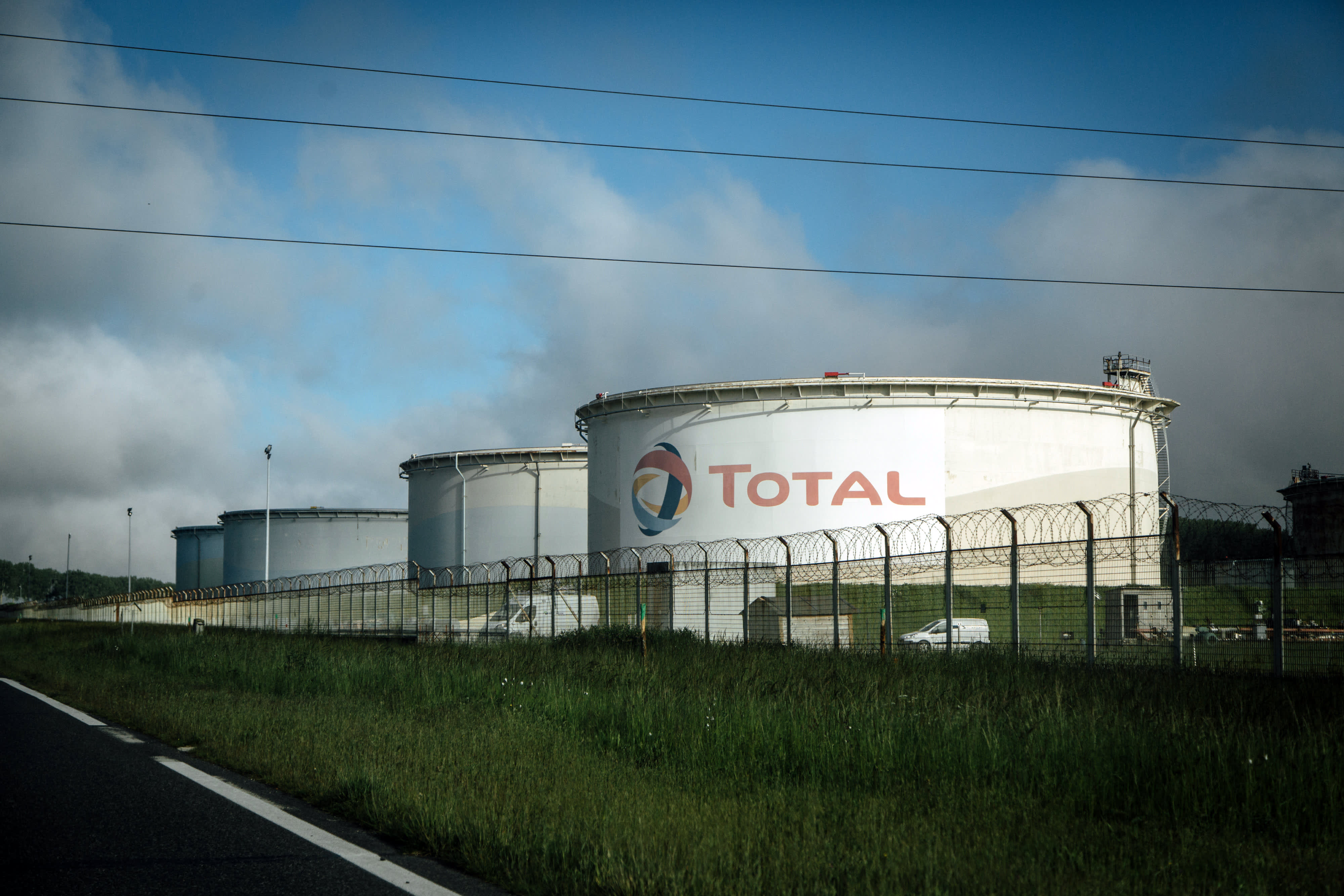 A logo on storage silos at the Total SE Grandpuits oil refinery in Grandpuits-Bailly-Carrois, France, on Thursday, May 27, 2021.

LONDON — Investors in French oil giant Total backed the company’s strategy at its annual shareholder meeting Friday, including plans to tackle the climate emergency, according to Chairman and CEO Patrick Pouyanne.

The Paris-based energy major had sought support from investors with a motion on its environmental goals shortly after some of its peers in the oil and gas industry suffered a series of historic boardroom and courtroom defeats.

Total’s motion was backed by 91.88% of shareholders, the company said. The level of support for its climate strategy is seen as an important indicator, given a growing minority of investors at other Big Oil companies had defied management to demand much faster climate action.

Shares of Total were up around 0.25% in London.

The world’s largest corporate emitters are under immense pressure to set short-, medium- and long-term targets that are consistent with the Paris Agreement. The climate accord, ratified by nearly 200 countries in 2015, is seen as critically important to avoid an irreversible climate crisis.

Earlier this week, three energy giants found themselves in the headlines within a 24-hour period in what climate activists described as a “crushing” day for Big Oil.

In just a few hours on Wednesday, shareholders at U.S. oil giant ExxonMobil supported a tiny activist hedge fund in overhauling the company’s board, investors in U.S. energy firm Chevron defied management on a pivotal climate vote and a Dutch court ordered Royal Dutch Shell to take much more aggressive action to drive down its carbon emissions.

The confluence of events reflected the waning patience of investors amid a broader push for oil and gas companies to align their climate targets with the Paris Agreement.

Shareholders on Friday voted overwhelmingly in favor of rebranding Total to TotalEnergies, as the firm seeks to reflect a shift in focus to renewable energy. Pouyanne said the vote was almost unanimous.

In 2018, Norway’s Statoil rebranded to Equinor in a similar bid to reflect its aim to diversify away from fossil fuels.

The International Energy Agency earlier this month warned that energy groups must stop all new oil and gas projects this year if the world is to reach net-zero carbon emissions by 2050.

Pouyanne, however, said during the annual shareholder meeting that ending new fossil fuel projects would be a mistake.

Total’s climate strategy does target reaching carbon neutrality across worldwide operations by 2050, but notably it does not include so-called Scope 3 emissions — carbon emissions from its own operations and those of its suppliers.

The company has committed to a 60% reduction in the average carbon intensity of energy products used worldwide by Total customers by 2050. In the meantime, it is targeting a 15% reduction by 2030 and 35% by 2040.

A Dutch court on Wednesday ruled that Shell must reduce its carbon emissions by 45% by 2030 from 2019 levels. The verdict also said Shell is responsible for Scope 3 emissions. The ruling is thought to be the first time in history a company has been legally obliged to align its policies with the Paris Agreement.

A spokesperson for Shell said the company expected to appeal what it described as a “disappointing” court decision.