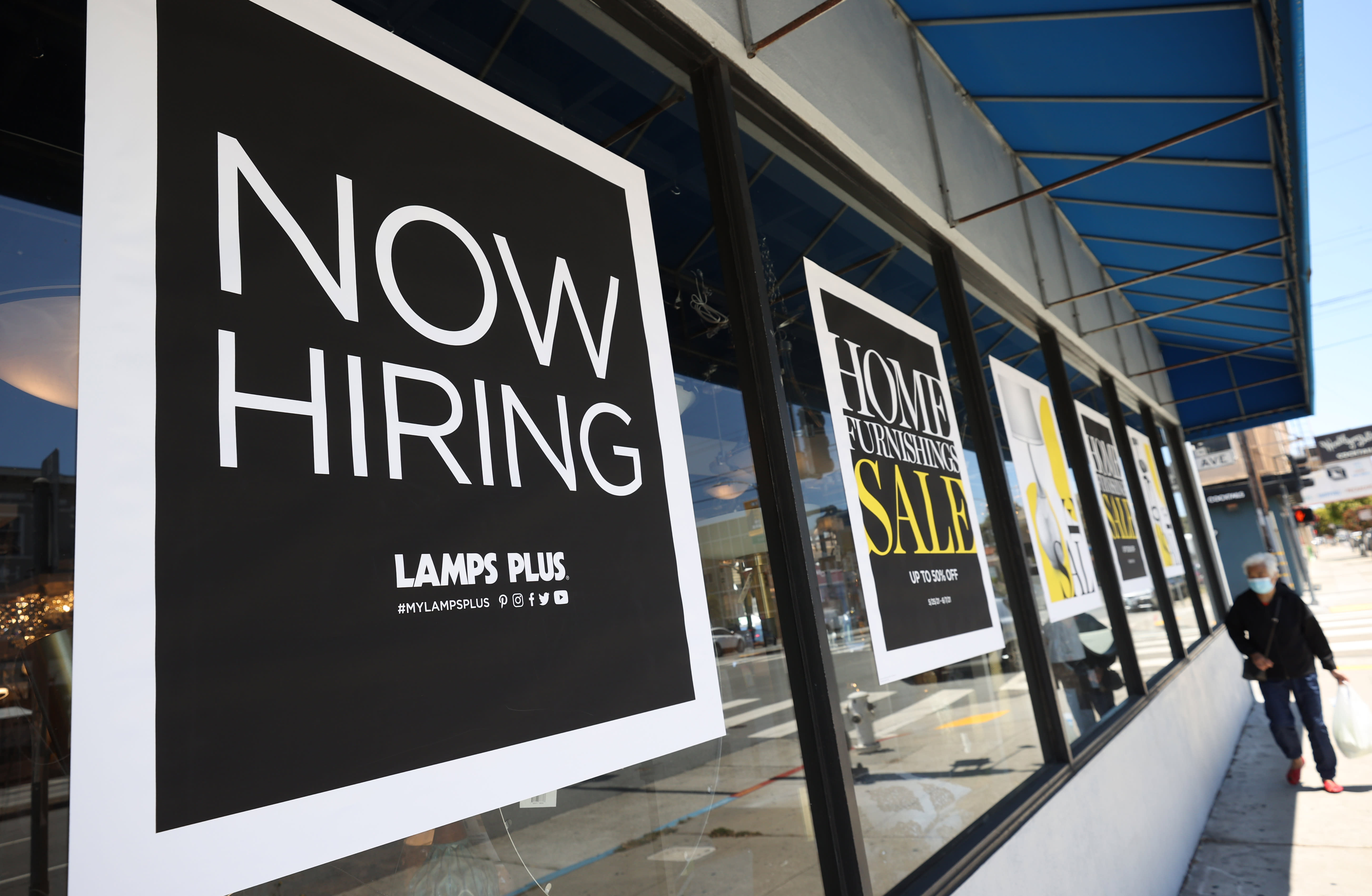 Job openings in April soared to a record 9.3 million as the economy rapidly recovered from its pandemic depths.

The standard set in April was well above the 8.3 million in March that itself was a new high going back to 2000 for the Labor Department’s Job Openings and Labor Turnover Survey.

Markets had been looking for a JOLTS number around 8.18 million, according to FactSet. The total openings for the month was just below the total considered unemployed.

Job availability surged 32.7% in leisure and hospitality, the sector hurt most by the pandemic lockdowns.

The big jump in job openings came during a month when hiring disappointed. Payrolls increased by just 278,000 at a time when economists had been looking for growth of around 1 million.

However, the Labor Department has struggled with seasonal adjustments compounded by the uniqueness of the virus situation, and the JOLTS numbers indicated that the jobs market is poised for continued strong growth.

One big challenge for employers is finding available labor. Child-care issues, ongoing fears about the pandemic and the lure of enhanced unemployment benefits have kept the unemployment rolls at 9.8 million, about 3.6 million higher than before the pandemic. That level fell to 9.3 million in May, about in line with the job openings.

The hire rate for April remained subdued at 69,000, or an unchanged 4.2% from the previous month.

Quits, which are seen as a gauge of worker confidence that they can find other employment, rose considerably, to 3.95 million. That represented growth of 384,000, an increase of 10.8% that took the quits rate as a share of the labor force up to a record 2.7% from 2.5%.

“This recent surge in openings suggests that firms are having a hard time filling positions, and the number of quits reported in the JOLTS data also has surged largely, suggesting workers are able to find — or confident in their abilities to find — new positions,” wrote JP Morgan economist Daniel Silver. “Both of these factors signal a need for firms to raise wages, and we have seen a variety of related measures pick up lately.”