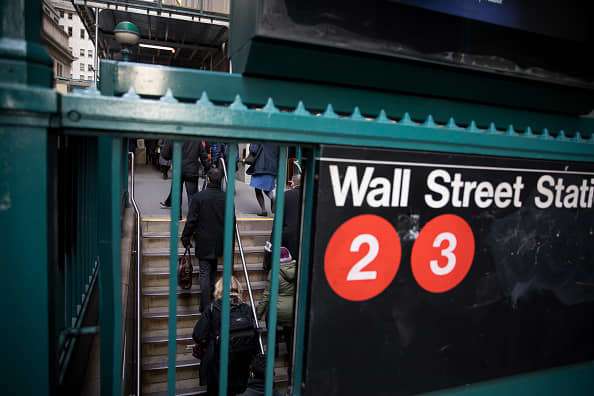 Futures contracts tied to the major U.S. stock indexes rose during the overnight session Wednesday evening as investors eyed a key inflation report due out Thursday.

U.S. markets continued to trade within a tight range on Wednesday, with all three major indexes ending the day within 0.5% of Tuesday’s closing levels. The Dow, S&P 500 and Nasdaq Composite all fell during regular trading, ending the session further away from their respective all-time highs.

The S&P 500 remains closest to its benchmark and is just 0.44% away from a new all-time high. The Dow and Nasdaq are roughly 2% away from records.

The after-hours session saw the stock of video-game retailer GameStop sliding 10% in extended trading despite the company’s announcement that it’s tapped former Amazon executive Matt Furlong to be its next CEO. Investors may be dismayed about a Securities and Exchange Commission information request, as well as a filing with the regulator to sell up to 5 million additional shares.

Other subjects of the recent meme trade, including Clean Energy Fuels and Clover Health, were also moving in the extended session.

Investors await the next reading on inflation to gauge if higher price pressures are just temporary as the economy continues to rebound from the pandemic-induced recession.

The Labor Department is scheduled to publish its consumer price index data at 8:30 a.m. ET on Thursday. Economists polled by Dow Jones expect the May CPI report to show prices up 4.7% year over year after April’s increase of 4.2%.

For weeks investors have worried whether a rash of inflation could prompt the Federal Reserve to curb the pace of its asset purchases or begin to signal an increase to interest rates. Still, some say those fears are premature and that the central bank will give markets plenty of time before it makes any moves.

“We believe the easy money policies of the Fed will last for some time,” wrote Scott Wren, senior global market strategist at Wells Fargo Investment Institute.

“We do not expect the Fed to raise interest rates this year or next but do think it is likely our central bankers start to hint that they are thinking about tapering their bond purchases, possibly as soon as this fall,” he added. “That means we continue to lean toward cyclical sectors that are sensitive to the ebb-and-flow of the economy.”