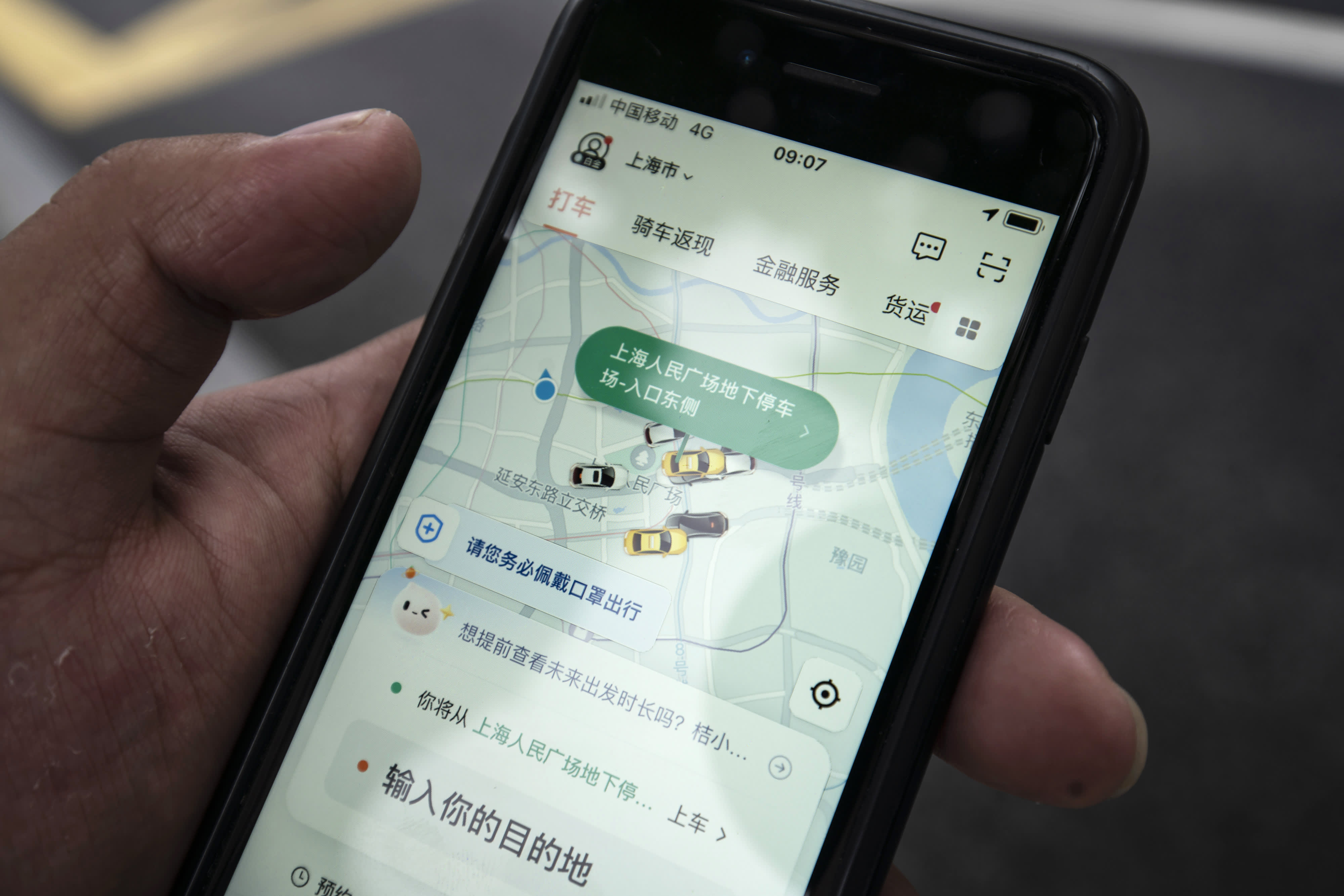 BEIJING — China’s version of Uber, Didi Chuxing, is trying to use car travel as a way into multiple aspects of daily life from grocery shopping to finance.

Didi filed Thursday to list in New York in what many expect could be the largest initial public offering in the world this year. Founded in 2012, the company ranks among the five largest privately held start-ups in the world and counts SoftBank, Uber and Tencent as major investors.

Smartphone-based ride hailing in China remains Didi’s primary business, generating $20.4 billion in revenue last year amid overall net losses of $1.62 billion, according to the prospectus. But as Didi swung to a profit in the first quarter of this year, the revenue share of “other initiatives” rose to 5%, from 4% for all of 2020. That’s up from 1.2% in 2018.

A quick look at Didi’s smartphone app reveals a slew of other products tied to bike sharing, movers, personal finance and gas stations. The array of icons resembles that of Alibaba-affiliated Alipay, whose app is not only a mobile pay platform but one that allows users to book airplane tickets and pay for utilities. Similarly, Southeast Asia’s prevailing ride-hailing app Grab delivers food and wants to become a regional leader in mobile payments.

Didi is the primary app for ride hailing in China, even with the entry of several other players, including ones that focus on the high-end (Shouqi) or new energy vehicles (Cao Cao).

Users can choose from eight options on Didi, ranging from carpooling to luxury car service. Didi also lets users hail taxis through its app, and runs a chauffer business that assigns drivers to car owners who may have had too much alcohol or cannot drive their own vehicle for other reasons. These temporary drivers can travel between assignments on fold-up bicycles.

Including Didi’s other services like e-bikes and freight, customer costs for different kinds of products can run from 15 cents to more than $100, the prospectus said.

Building up a finance arm

Didi said in its prospectus that bike and e-bike sharing contributed the most last year to its total revenue of 5.76 billion yuan from “other initiatives.” Other businesses in the category include intra-city freight, automobile leasing, community group buying and financial services.

The company said in August that its financial technology arm Didi Finance — which was not mentioned in the prospectus — announced a partnership with the Bank of Shanghai for consumer financial services and other digital financial products.

Didi has also partnered with China Merchants Bank for supporting credit card applications through the ride-hailing app and offering installment purchase plans for cars. A Didi subsidiary works with Ping An Insurance to sell financing and lease-related products, as well as insurance.

The start-up leases vehicles to drivers at prices it claims are about 20% lower than outside Didi’s platform. While more than 600,000 vehicles are available for lease, about half of these are owned by roughly 3,000 vehicle leasing partners, reducing the amount of assets Didi is responsible for, the prospectus said.

Anecdotally, Didi was recently promoting its own mobile payment system to some users in Beijing by setting it as the default payment option — with a discount. Users had to manually select other options such as WeChat pay, after which the discount was removed.

Many analysts expect that self-driving, shared vehicles will become a major mode of transportation in the future, rather than individual car ownership.

Didi has invested in its own autonomous driving unit, which launched “robotaxis” in part of Shanghai in June 2020. The ride-hailing company announced in November it co-developed an electric car with BYD called the D1, which would roll out to major Chinese cities in subsequent months.

Didi claims it has the largest electric vehicle charging network in China, based on self-commissioned research.

Didi’s planned IPO in New York comes as tensions between the U.S. and China have built up over the last few years. The ride hailing giant spent almost three pages of its prospectus discussing risks of delisting from being unable to comply with U.S. government audit requirements.

The Chinese government’s increased scrutiny on tech companies regarding monopolistic practices and general regulatory scrutiny on data privacy are also risks Didi named in its prospectus.

In 2018, Didi came under fire from Chinese social media users — who called for deletion of the app — after a woman was allegedly raped and killed by a driver. As a result, Didi announced it would record audio during car trips, which would be deleted after seven days.

Didi did not specifically mention this feature in its prospectus.