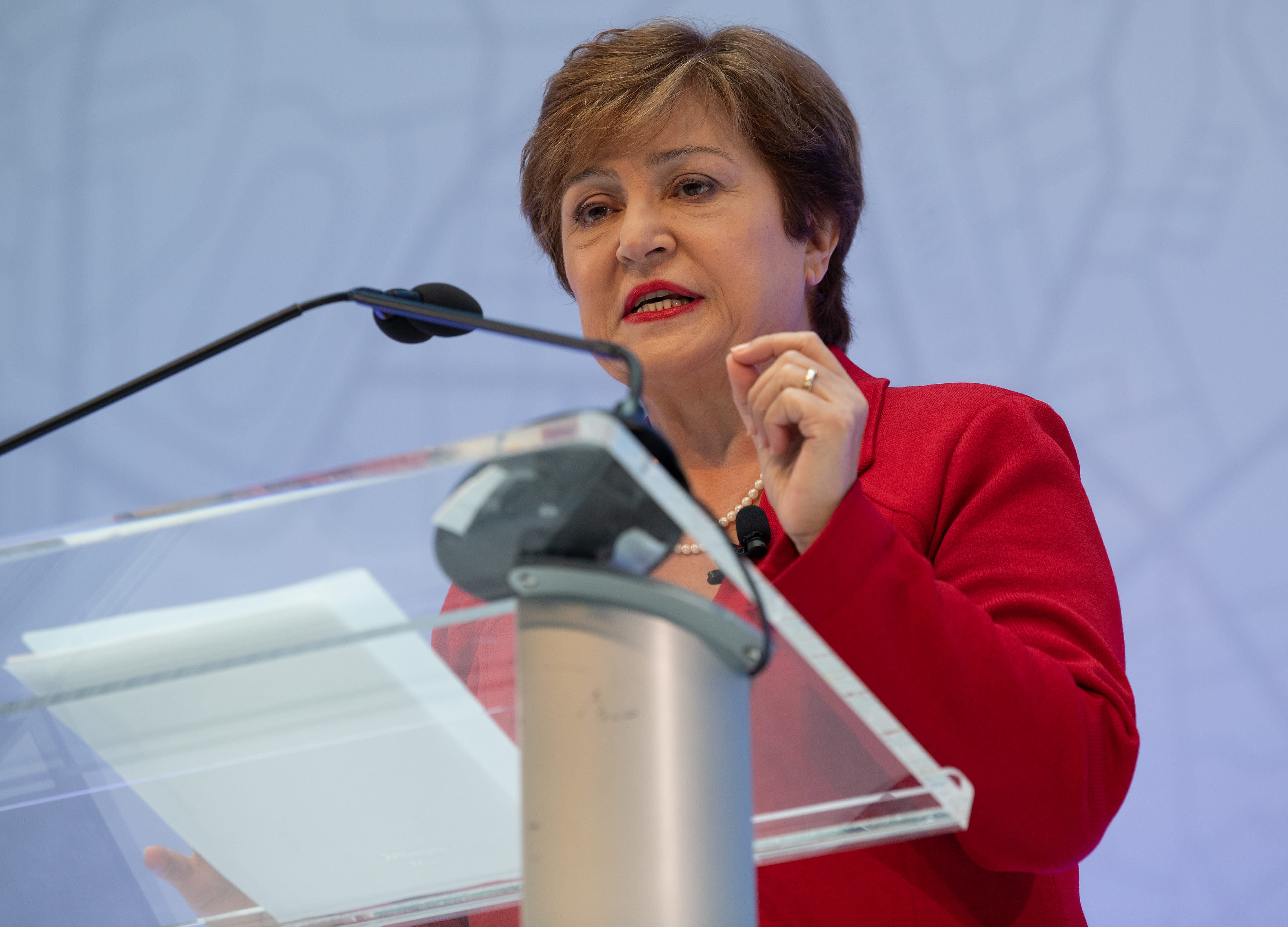 “A prerequisite to bring the world to a sustained high level of growth everywhere is to vaccinate all people and that’s not yet done. We have [a] two track vaccination path right now; we have to overcome that,” she said.

The IMF said in April that the end of the crisis was “increasingly visible.” At the time, the institution raised its economic projections for the global economy based on higher vaccination rates and the ongoing monetary and fiscal stimulus.

As a result, the IMF projected a global GDP growth of 6% for this year and 4.4% next year. But the forecasts are heavily dependent on how vaccination programs evolve, including in low-income nations.

The IMF suggested last month that an investment of $50 billion should be spent to ensure a faster rollout of coronavirus vaccines, saying it could ultimately generate returns of $9 trillion for the global economy.

Georgieva said Wednesday this plan is “the best return on investment in our lifetimes.”

The IMF also called for at least 40% of the global population to be vaccinated by the end of the year, and at least 60% by June 2022.

According to Our World in Data, only about 21% of the global population has received at least one dose of a Covid vaccine. In the United States, 52% of people received the first shot, in the United Kingdom it’s 62% and the European Union 45%.

As a way to boost the economic recovery post-pandemic, some parts of the world have developed a certificate that allows travelers to show their vaccination status. In the European Union, for instance, the rollout of a Covid digital certificate is underway, which shows if the individual has been vaccinated, has tested negative for the virus, or has some degree of immunization.

“Having a vaccination card that shows when you were vaccinated is a very useful tool. It is already being applied. I do believe that we need to look into applying that more broadly,” Georgieva said.

Some industries have suggested that a vaccination certificate should be used to attend large gatherings such as music concerts.