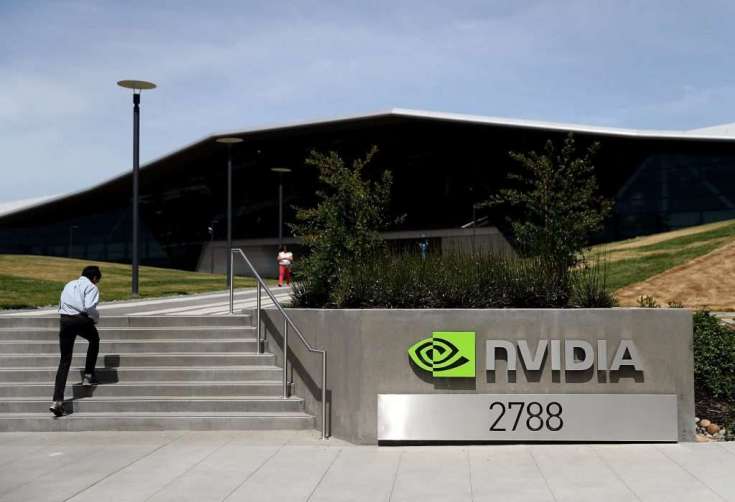 A sign is posted in front of the NVIDIA headquarters on May 10, 2018 in Santa Clara, California.

Nvidia — Shares of Nvidia gained 2.3% midday, then closed 0.21% after Bank of America raised its price target on the stock to $900 per share from $800 per share. The bank said “rising AI adoption, expanding use-cases across cloud, enterprise, edge, telco can help NVDA double its content and triple its data center sales over the next few years.”

Lennar — Lennar shares added 3.7% after JPMorgan upgraded the homebuilder to overweight from neutral. JPMorgan said Lennar’s stock as “attractive relative to its peers and effectively not reflecting the company’s significant and ongoing business transformation.”

Adobe — Shares of the digital cloud giant traded nearly 2.6% higher on the back of better-than-expected quarterly numbers. Adobe reported earnings per share of $3.03 on revenue of $3.84 billion. Analysts expected a profit of $2.81 per share on sales of $3.73 billion, according to Refinitiv.

Smith & Wesson Brands — The firearms manufacturer stock surged 17.4% after the company quarterly results that beat analyst expectations. Smith & Wesson’s earnings per share of $1.71 beat a Refinitiv forecast by 69 cents. The company’s revenue of $322.9 million also surpassed an estimate of $259.8 million. Smith & Wesson also raised its dividend by 60% and authorized a $50 million stock buyback.

Fox Corporation — Fox shares gained 1.3% after the company upped its stock repurchase program by $2 billion to a total of $4 billion.

Citigroup — The bank stock fell 1.8% midday, putting it on pace for its 12th straight daily loss. Shares of Citigroup are down more than 11% this week.