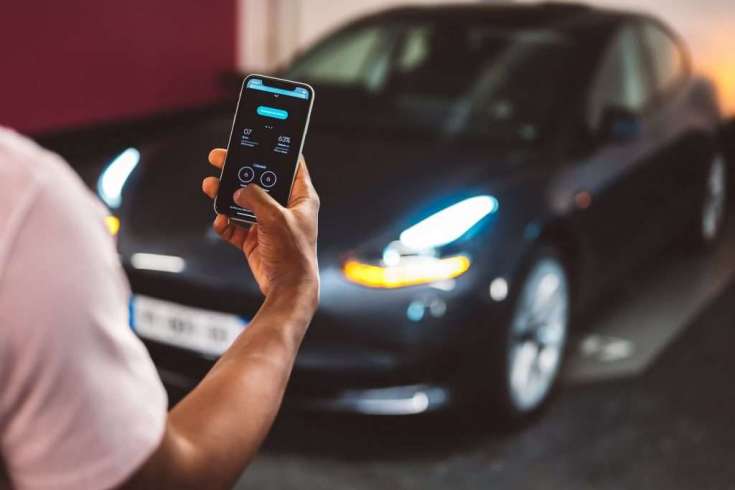 The Virtuo app can be used to unlock the Tesla.

LONDON — European car hire firm Virtuo is adding dozens of Teslas to its fleet as part of an effort to electrify more of its vehicles.

It plans to add around 50 Tesla Model 3 Long Range vehicles to its fleets in London and Paris, and they will be available for customers to book from June 22.

Karim Kaddoura, co-founder and CEO of Virtuo, told CNBC that there’s an “awe” associated with the Tesla brand, adding that customers have a say in what cars are added to the Virtuo fleet.

“It’s been very clear over the years, and in the last survey that we did, that Tesla Model 3 specifically was the model that everybody wanted to drive,” he said.

Kaddoura is optimistic customers will opt to hire the Tesla. “It’s a different experience,” he said. “It’s undeniably packed with the latest features and innovations that are nothing like any other car.”

Virtuo customers will be able to pick up a Tesla Model 3 or have it delivered for an extra fee. Prices will vary depending on the length of the hire, but the company says they’ll start from around £69 ($96) per day.

The introduction of the Tesla Model 3 to Virtuo’s fleet comes after investors pumped $60 million into the five-year-old company last month, bringing total investment in the firm up to $96 million. It said it will use the money to accelerate the electrification of its fleet.

Kaddoura declined to comment on Virtuo’s revenues but said the company had 150,000 active customers and 4,000 vehicles for hire across France, the U.K., Spain and Italy.

The 125-person business has been talking about adding Tesla vehicles to its fleet for several years, but Kaddoura said he wanted to understand the additional operational challenges that electric cars present before introducing them.

Some of the main challenges that have held the company back include the lack of electric vehicle infrastructure and the range of the electric cars.

Virtuo added a number of Hyundai Kona Electric vehicles to its fleet in the first quarter so that it could learn what it takes to operate EV cars, said Kaddoura. “We didn’t want to get Tesla into the catalogue without having at least a bit of experience on that,” he said.

There are other companies, such as EV Hire, that already let customers rent a Tesla.

The renewed focus on electric vehicles comes as some of the world’s biggest car companies have pledged to ditch the internal combustion engine in favor of electric power over the next few years.

And countries are getting in on the act too. The U.K., for instance, will stop selling new diesel and petrol (gasoline) cars and vans from 2030 under plans announced by Prime Minister Boris Johnson last year.