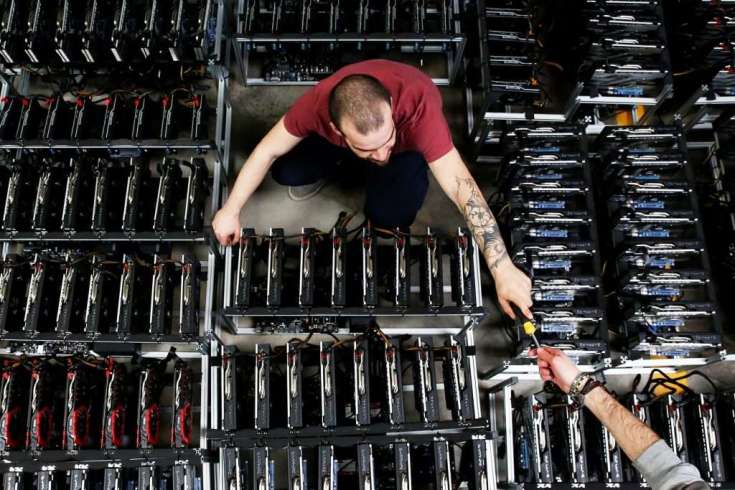 After dealing with a host of problems caused by a cryptocurrency mining craze, the former mayor of Plattsburgh, New York, on Thursday cast doubt on the economic benefits of miners setting up shop in a region.

“Counties and cities are enticed by all these promises of job creation, which — when you look into it, and I have — they just don’t materialize,” Colin Read said on CNBC’s “The Exchange.”

“We had one of the biggest bitcoin operators in the world operating here and generated only a handful of jobs,” said Read, who was elected in 2016 and served one four-year term. He’s a professor of economics and finance at SUNY Plattsburgh.

There’s been a push by some politicians, such as Miami Mayor Francis Suarez, to attract bitcoin miners to their cities or states, particularly after China recently took steps to restrict miners’ operations in the country.

But, a few years ago, when bitcoin miners flocked to Plattsburgh, a small city of about 19,000 in upstate New York, for its cheap energy derived from the Niagara River, it didn’t take long before the city began to experience a huge spike in electricity prices.

After the crypto miners began using up the energy quota — which Read said was 1.9 cents per kilowatt at an hour industrial rate — he said it caused “constituents to be in an absolute uproar because of the much higher electricity costs that incurred.” Once that quota was used up, Read said, Plattsburgh had to foot the bill across the entire city for the difference.

In 2018, the city passed a moratorium on new commercial cryptocurrency mining operations after residents complained about their bills. The ban ended the following year.

“There’s only a fixed amount of electricity we have to go around,” Read told CNBC. “If you start using 10%, 15% of your supply like we were diverting to bitcoin, it very quickly increases the rates everywhere for everybody and puts a lot of pressure on the grid for that matter, as well.”

Read said he’s a fan of cryptocurrencies, calling them “the wave of the future.” At the same time, he said he believes other locales can learn lessons from Plattsburgh’s experience with an influx of bitcoin miners.

“We’ve put in a whole set of building and safety codes,” Read said, highlighting a sustainability policy around recycling some of the heat generated by the mining process for other uses.

“So, maybe they can avoid with good planning some of the problems that we had to work out for ourselves,” Read said. He acknowledged that the rules the city put in place sharply curtailed interest from new companies in setting up mining operations in Plattsburgh.

“Before that, we were having a number of applicants every single week trying to beat down our door to get in,” he said.

With China’s recent restrictions on cryptocurrencies, bitcoin mining might become easier and more profitable in other places. Crypto experts previously told CNBC that with more bitcoin miners going offline in the wake of the crackdown, other miners’ share of the bitcoin network will increase, which could make mining all the more lucrative. The value of bitcoin has seen volatile changes in recent months, however, affecting miners’ profits.

“We are going to see nations and central banks getting into it, certainly, but it just needs to be done right,” Read said, referring to the adoption of cryptocurrencies. “It’s not if we should do it, it’s how we should do it well, and we’re just not implementing it very well yet.”