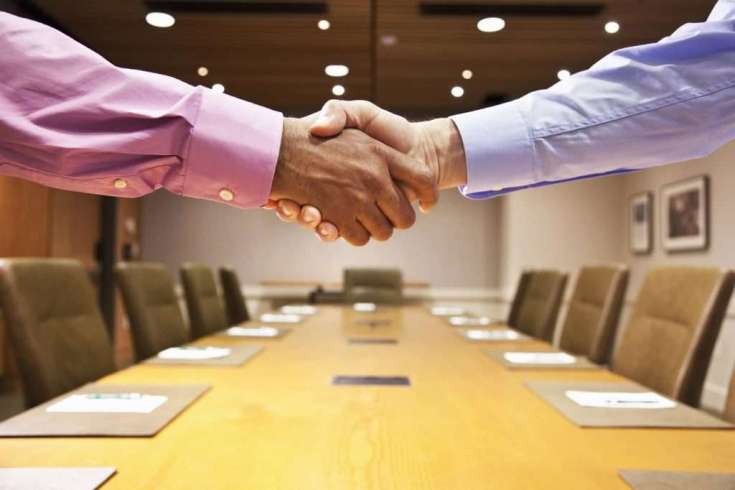 One of the most important crossroads on the way to small business success — and one that nearly every entrepreneur will encounter at some point — is incredibly treacherous: deciding whether to take on a partner. How you navigate it can make the difference between success and unmitigated disaster.

Done right, a partnership can propel your business to new heights, adding not just someone to share the work, but also new perspective, new expertise, and, potentially, new financial support.

“A partnership could mean your business will have access to new products, reach a new market, block a competitor through an exclusive contract, or increase customer loyalty,” the National Federation of Independent Business, a small business advocacy group, said in a blog post.

But business partnerships can also be disastrous. In one of the most extreme examples, Chris Smith of California ended up dead after a dispute with his business partner, Edward Shin. The two had co-founded 800XChange, which specialized in generating leads for clients in the debt consolidation industry.

Shin, now 43, is serving a life sentence without parole after an Orange County, California, jury convicted him in 2018 of first-degree murder. Prosecutors alleged that Shin carried out the murder after Smith uncovered his scheme to take hundreds of thousands of dollars out of 800XChange to pay restitution on a prior felony conviction. Shin then covered up the crime for months by posing as Smith in emails to family members, claiming he was sailing around the world on a yacht.

“You really have to put yourself in that situation. How would I feel thinking I’m speaking to my son and it’s the very person that killed him?” private investigator Joe Dalu, who helped crack the case, told CNBC’s “American Greed.” “Leading them on, keeping up that hope, is really diabolical.”

Shin even used the email ruse to negotiate a “deal” to dissolve 800XChange on terms favorable to him.

While most partnerships don’t end in such a tragedy, 70% do fail within 10 years, according to the U.S. Bureau of Labor Statistics.

To increase your partnership’s chances for success — and to make matters less painful if it fails anyway — experts say it is crucial to have a formal agreement with your partner from the get-go.

“There are a lot of businesses that are transacted purely on handshakes and good faith. And unfortunately, that often leads to some pretty messy situations when things aren’t going well anymore,” attorney Andrea Tarshus told “American Greed.”

Tarshus, who is based in Buffalo, New York, specializes in services for small businesses.

She said a written agreement should specify the legal structure of the business. The Small Business Administration says it’s important to understand the different forms a business can take, because in some cases, one or more of the partners can face unlimited personal liability if there is a problem.

A limited partnership or a limited liability partnership can, as the names imply, limit that liability. Or you can form a corporation, which protects the owners from personal liability. There are various types of corporations depending on the nature of your business.

Each structure has pros and cons and tax implications. It is another reason that experts say you should consult an attorney before you open your business.

It is also a good idea to include safeguards in your new firm’s governing documents, such as caps on the amount a partner can spend or withdraw on their own.

“When one of the partners goes out and makes a huge transaction or a purchase, or agrees to spend a certain amount on a project, or to buy equipment, or to sell property or acquire property, the other partner is sitting there going, ‘Why would you do that without running it by me first?’,” Tarshus said. “Well, if you have a cap built into your company governance document, that would prevent that type of issue from even occurring in the first place.”

You might think you know your prospective business partner, but would you be willing to bet everything you have on him or her?

If not, check them out thoroughly.

That includes checking references and credit scores. It can also be a good idea for each of the partners to agree to submit to a criminal background check.

“Criminal background checks, reference checks, vetting the resume, and then even asking them if they’re willing to share their personal tax returns for the past three to five years, that will give you better insight into whether they’re able to manage company funds, and what their personal history looks like for managing their own income,” Tarshus said.

If your partner is unwilling to open up, that in itself might be a red flag, experts say. You should be just as open in sharing your information

“If a person is unwilling to share or be vulnerable with you or let you have a look into their private life, then it would really give me caution to enter into a business relationship with them,” Tarshus said.

Smith and Shin had met while working at a different lead generation company in Southern California. While it is unclear how much due diligence Smith did before the two went into business together, he did take precautions, including hiring his own attorney.

But Shin, a skilled imposter who cultivated an image as a churchgoing family man but in fact was an embezzler with a gambling problem, structured the business so that Smith’s ownership was just below 50%, unable to access the company’s accounts.

Eventually, investigators told “American Greed,” Smith became suspicious. He demanded that Shin give him the passwords to the company’s bank accounts, as well as co-signing authority on any checks for more than $10,000. And he emailed his attorney about the mistrust of his partner.

“We need to make sure he doesn’t have room for fraud,” Smith wrote.

Soon after, Smith was dead.

See how investigators finally uncover Ed Shin’s trail of deceit, embezzlement and, ultimately, murder. Watch an ALL NEW episode of “American Greed,” Monday, June 28 at 10 p.m. ET/PT only on CNBC.