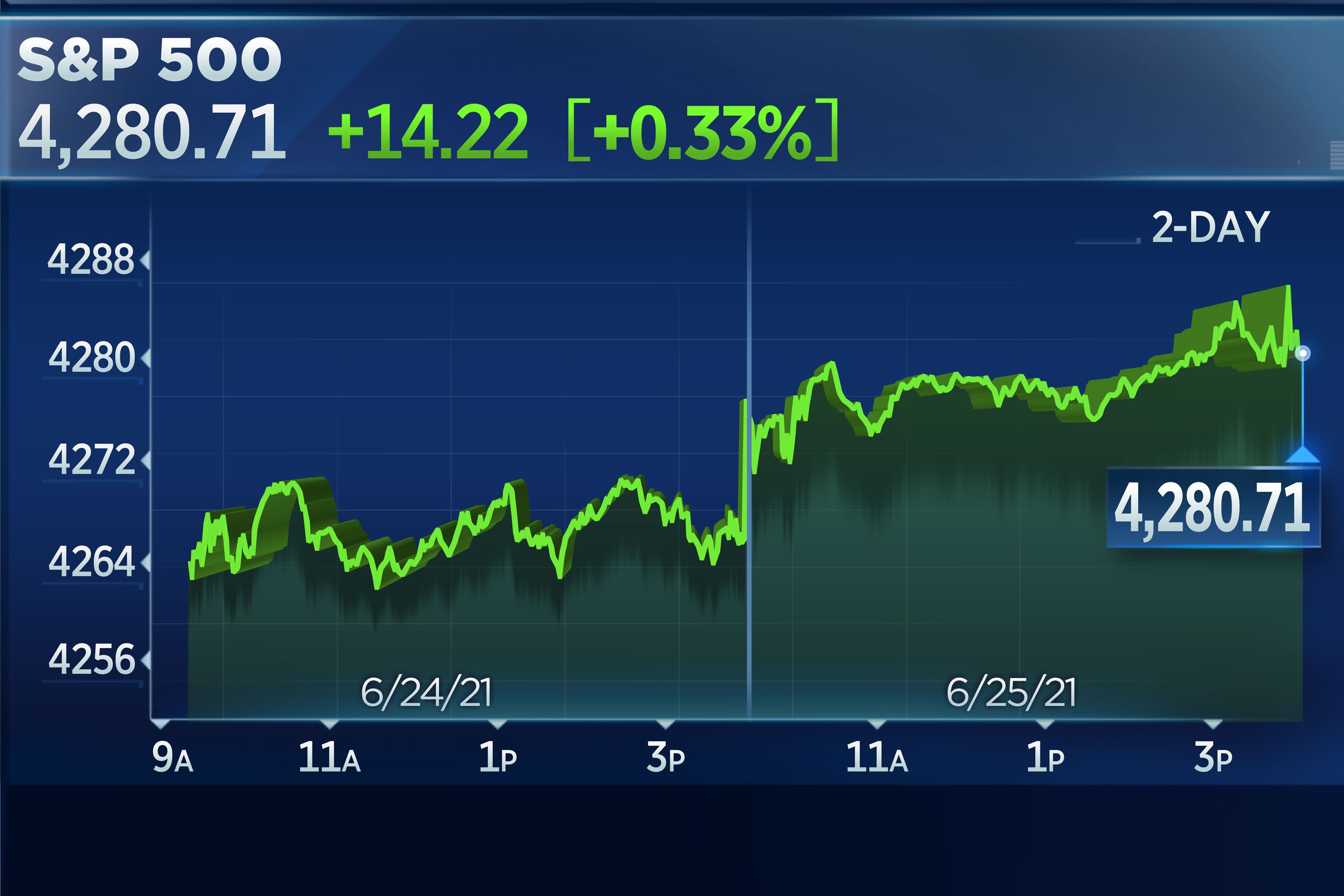 U.S. stocks rose on Friday with the S&P 500 building on its rally to records, as investors bet that higher inflation will be temporary as the economy continues to recover from the pandemic.

The S&P 500 rallied 2.7% for the week, notching its biggest weekly gain since early February. The Dow gained 3.4% this week for its best week since mid-March, while the Nasdaq advanced 2.4%.

Friday’s rally came after a key inflation indicator that the Federal Reserve uses to set policy rose 3.4% in May, the fastest increase since the early 1990s, the Commerce Department reported Friday. The reading matched the expectation from economists polled by Dow Jones. The core index rose 0.5% for the month, which actually was below the 0.6% estimate.

The core personal consumption expenditures price index increase reflects the rapid pace of economic expansion and resulting price pressures, and amplified how far the nation has come since the pandemic-induced shutdown of 2020.

“This provided support to the Fed’s argument that inflation is transitory and will help allay fears that we are witnessing runaway inflation,” said Anu Gaggar, senior global Investment analyst at Commonwealth Financial Network. “This should continue to provide support to risk assets such as equities.”

Bank shares jumped after the Federal Reserve announced the banking industry could easily withstand a severe recession. The Fed, in releasing the results of its annual stress test, said the 23 institutions in the 2021 exam remained “well above” minimum required capital levels during a hypothetical economic downturn. The decision cleared the way for the banks to raise dividends and buy back more stock, which was suspended during the pandemic.

Wells Fargo climbed 2.6%, while Fifth Third and PNC all gained over 2%. JPMorgan and Bank of America both rose more than 1%.

Nike‘s stock surged 15.5%, helping to boost sentiment for the Dow. The company reported earnings and revenue that blew past Wall Street estimates. Digital sales also jumped 41% since last year and 147% from two years ago.

On the flipside, FedEx dipped 3.6% despite beating on the top and bottom lines of its earnings. FedEx also gave a strong yearly outlook.

Friday saw heightened trading volume as FTSE Russell was set to rebalance its U.S. stock indexes at the market close. Bank of America estimated that more than $170 billion worth of shares would be changed hands as a result of 625 changes in total to Russell indexes, including the Russell 1000 and Russell 2000.

President Joe Biden announced Thursday that the White House struck an infrastructure deal with a bipartisan group of senators. The lawmakers have worked for weeks to craft a roughly $1 trillion package that could get through Congress with support from both parties. The framework will include $579 billion in new spending on transportation like roads, bridges and rail, electric vehicle infrastructure and electric transit, among other things.

The stock market came back from last week’s swoon induced by worries about a tighter Federal Reserve. Last week, the Dow fell 3.5% and the S&P 500 shed 1.9% as the Fed moved up its timeline for interest-rate increases.