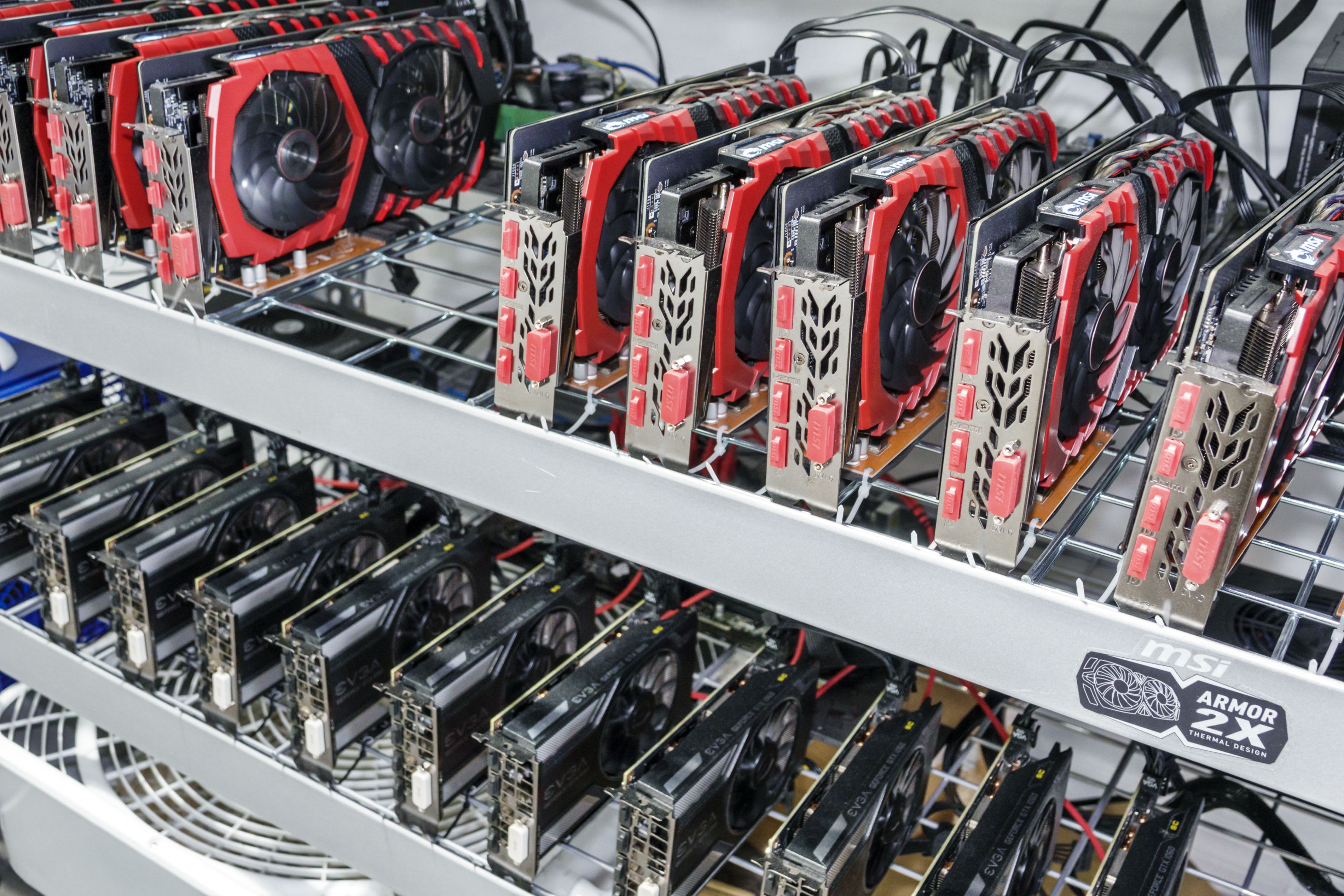 China cracking down on bitcoin mining and Elon Musk suspending Tesla’s acceptance of bitcoin due to the large amounts of energy it takes to mine have both contributed to the cryptocurrency losing almost half its value from its high of over $64,000 in April.

It’s also making it hard for even bitcoin bulls to ignore what many say are bitcoin’s sustainability issues. (Though not everyone agrees.)

So what’s the solution? Here’s why bitcoin uses so much energy and a few ways bitcoin mining could be more eco-conscious, according to experts.

Why bitcoin mining has sustainability issues

Bitcoin mining is how new bitcoin are released into circulation. Miners verify transactions on Bitcoin’s blockchain to help avoid fraud and, as a reward, they are given new bitcoin. To verify transactions miners must solve extremely complex math problems, essentially by trial and error, which requires complex computer systems and a large amount of computational power. That much computing power uses a lot of electricity.

“Right now, millions of Bitcoin mining devices around the world are generating 130 quintillion of such guesses every second of the day non-stop. Combined, these machines are now consuming as much electrical energy as a country like the Netherlands,” says Alex de Vries, a financial economist who runs Digiconomist.

And because of that, the higher the price of bitcoin goes, the more energy it takes for miners to get bitcoin.

“That is why energy consumption usually grows or shrinks when Bitcoin respectively gains or loses value,” says Marc Bevand, a computer security expert who developed the original methodology for the Cambridge Bitcoin Electricity Consumption Index.

The problem with using so much electricity is that energy generated by burning fossil fuel releases greenhouse gasses into the atmosphere, which then cause climate change. So while transitioning bitcoin mining use renewable energy may not reduce the overall energy consumption, it could reduce the use of fossil fuels.

A research paper published by Guan and colleagues in April showed, for instance, that the energy consumption of the Bitcoin blockchain in China was expected was expected to generate an amount of greenhouse gas emissions equivalent to the yearly output of the Czech Republic or Qatar.

It is unclear, however, exactly what amount of greenhouse gas emissions would be conserved if bitcoin mining transitioned to renewable energy 100%, because know one knows how much mining is already done with renewable energy sources.

Commonly cited estimates range from 39% to 73% renewable energy. Jesse Morris, CEO of non-profit Energy Web says most estimates find 20% to 50% of bitcoin is powered by renewable energy, but all available numbers are based on self-reported data, which is unverifiable.

Bitcoin miners in China for instance, are known to use both fossil fuel and hydroelectric energy (the most common renewable energy by bitcoin miners). But Since the Chinese government started cracking down on bitcoin mining, many miners are leaving and heading to Texas, among other potential new homes.

That “might make even worse environmental impact if the miners move to Texas,” says Guan. “Texas has the highest portion in the U.S. in terms of fossil fuel electricity.”

For progress to be made, there first has to be an accurate understanding of how much power is being used and what percentage is renewable. Musk said he had spoken with a group of miners who committed to publish data on their renewable energy usage, a development he called “potentially promising.”

The Crypto Climate Accord, a group working to make the cryptocurrency industry powered by 100% renewable energy, is building software that would allow miners to anonymously report the amount and kind of power they are using, says Morris. (Energy Web is a founding member of the accord.)

Others, like de Vries, are skeptical that bitcoin miners would voluntarily be transparent about their energy usage. “I don’t expect more openness from Bitcoin miners directly as the amount of illegal mining activities is growing rapidly,” he says. “These miners won’t disclose anything.”

Still, some, like Bevand, say that Bitcoin will naturally transition to clean energy as it becomes cheaper than electricity that releases carbon emissions.

“Sustainability of bitcoin mining is a problem that will solve itself because of technological trends. …[M]iners do everything in their power to find the cheapest electricity possible, and this often pushes them to use renewables because they have recently become the cheapest electricity,” Bevand says. “For example, according to the International Energy Agency (IEA) the cost per megawatt to build solar plants is below fossil fuels worldwide for the first time.”

But fundamentally, powering mining with renewable energy is a “short-term solution” of debatable worth, says Guan.

If there is limited renewable energy available — say a drought leads to limited hydro-electric energy — then some question whether that energy should be going towards Bitcoin to begin with. “Those electricity usually can serve for better purposes,” Guan says.

A carbon tax could incentivise miners to go green

A carbon tax would potentially make mining bitcoin less attractive, de Vries says. And “bitcoin losing its appeal would logically reduce the price of bitcoin. This, in turn, reduces the amount of money earned by miners and how much they spend on energy-hungry machines (so reducing the climate impact as well),” he says.

But this solution has its issues, too.

First, there would need to be an independent standard for tracking emissions associated with cryptocurrencies, a paper published on June 18, “The true costs of digital currencies: Exploring impact beyond energy use,” suggests. The paper, of which de Vries is an author, says the cryptocurrency industry could use some iteration of the Greenhouse Gas Protocol, which is an international cooperatively designed accounting standard for tracking greenhouse gas emissions in the public and private sectors.

But even if carbon emissions are centrally accounted for and independently verified, putting a carbon tax on a decentralized currency is hard to do. “Mining operations can be moved with relative ease and miners could simply relocate to jurisdictions where a carbon tax isn’t implemented,” says Peter Wall, the CEO of Argo Blockchain.

Also, it would be inappropriate to levy a carbon tax on bitcoin before other parts of the economy, Morris says.

“There are dozens if not hundreds of industries besides crypto/bitcoin that are responsible for much larger amounts of carbon emissions: oil and gas, transportation, aviation, steel, consumer electronic use and manufacturing….the list goes on,” according to Morris.

“To single out bitcoin individually and tax it’s carbon footprint does not make a ton of logical sense in this regard.”

Change how bitcoin is organized

Bitcoin was created to operate with what’s called a “proof-of-work” mechanism, which results in high energy consumption mining.

“With proof of work, the system selects [for a bitcoin reward] the first miner who solves an energy-intensive computation,” Bevand says. So the more work, or computational power, a miner puts in, the more chance of getting bitcoin.

But there is an alternative mechanism called “proof-of-stake,” which some alt cryptocurrencies already use and which Ethereum 2.0 will use as part an upgrade.

Proof of stake organizes the cryptocurrency based on how much of the currency a user owns, not based on which miner solved a problem. Generally speaking, if you own 3% of Ethereum 2.0, then you will be able to verify 3% of transactions, for example, Bevand says. There are some additional factors to consider, like users have to own a minimum amount, he says.

But with proof of stake, there is no computation, so “it requires no energy expenditure,” Bevand says.

If bitcoin moved to a proof of stake mechanism, “the energy consumption of the network could go down by 99.95%,” says de Vries.

However, it’s not necessarily realistic that such a change will happen.

Additionally, many see the proof-of-work system as the most secure, says Walls. And the amount of centralization required (e.g., among only to those who have a certain amount of crypto) for proof-of-stake is deal breaker for many in the Bitcoin community, who take pride in the fact that bitcoin is decentralized, Bevand says.

“This is part of the reason why they aren’t very popular: many people don’t trust them,” he says. 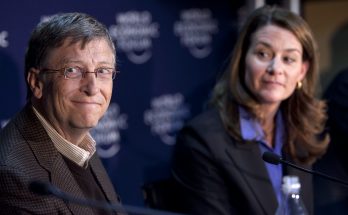 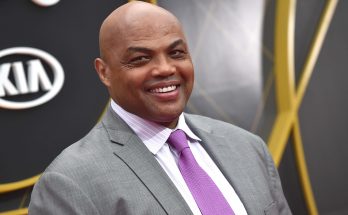 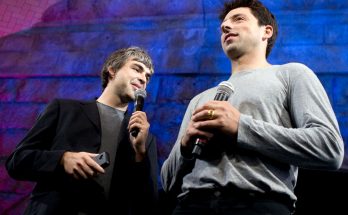