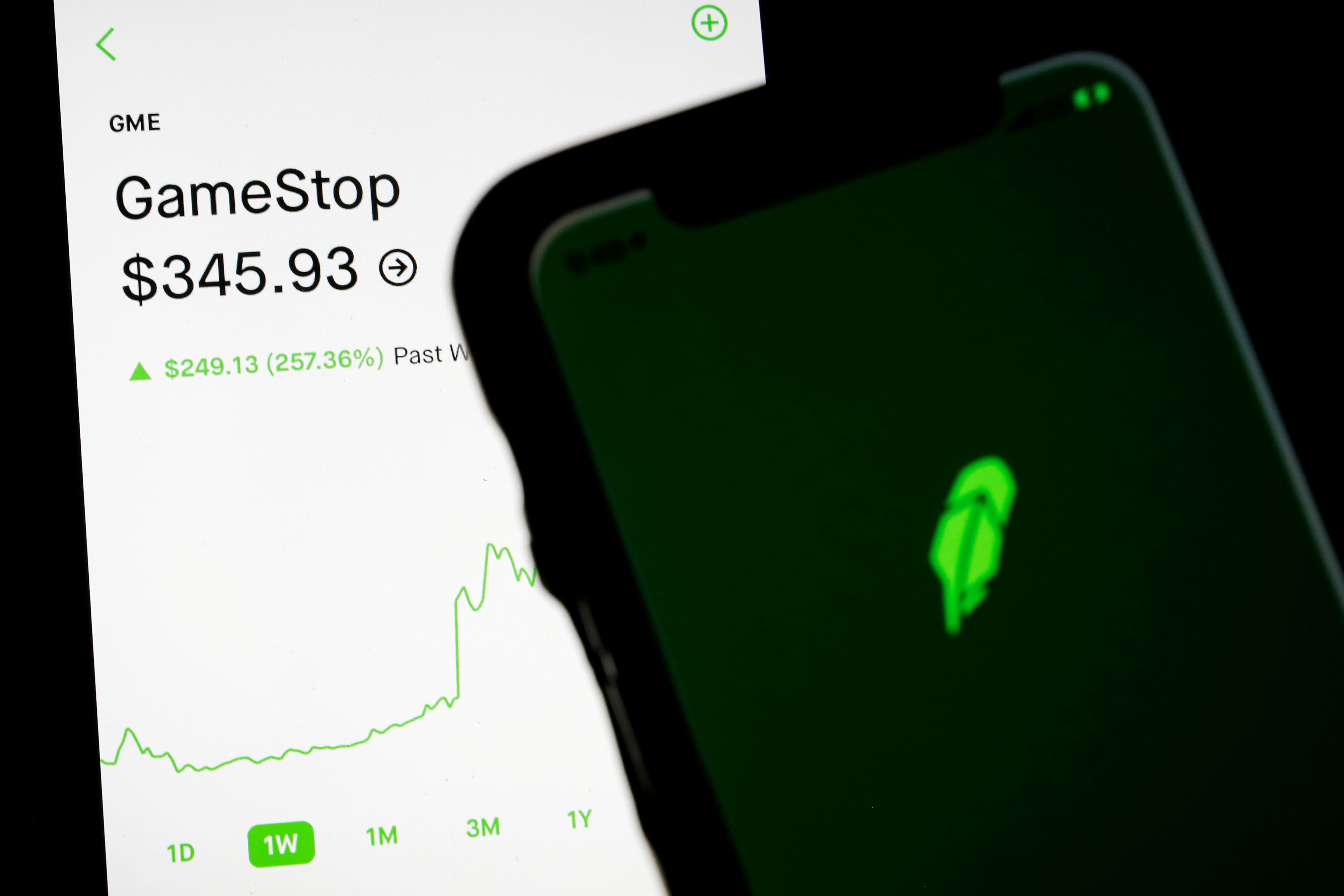 Trading information for GameStop is displayed on the Robinhood App as another screen displays the Robinhood logo in this photo illustration January 29, 2021.

Robinhood said Thursday that the first time Robinhood restricted trading on its app — during the GameStop event earlier this year — may not to be the last.

In January, when an epic short squeeze erupted in GameStop’s stock partially driven by retail traders, Robinhood shut down trading of certain meme shares due to increased capital requirements from its clearinghouses. Despite raising north of $3.4 billion in a few days to shore up its balance sheet, the brokerage limited trading of GameStop, AMC Entertainment and other Reddit darlings.

“We cannot assure that similar events will not occur in the future,” Robinhood said in its S1 filing to the Securities and Exchange Commission.

As a brokerage, Robinhood has financial requirements to the clearinghouses that execute its clients trades, and some of these requirements fluctuate based on volatility in the markets. The volatility in January forced hikes in requirements and caused a flurry of outraged customers, many who threatened to leave the app.

“This resulted in negative media attention, customer dissatisfaction, litigation and regulatory and U.S. Congressional inquiries and investigations, capital raising by us in order to lift the trading restrictions while remaining in compliance with our net capital and deposit requirements and reputational harm,” Robinhood said in the filing.

Robinhood CEO Vlad Tenev blamed the two-day trade settlement, known as T+2, for some of the clearinghouse deposit issues during the GameStop mania and called for real-time settlement.

“The existing two-day period to settle trades exposes investors and the industry to unnecessary risk and is ripe for change,” Tenev said in a testimony to the House Financial Services Committee following the GameStop drama.

“The clearinghouse deposit requirements are designed to mitigate risk, but last week’s wild market activity showed that these requirements, coupled with an unnecessarily long settlement cycle, can have unintended consequences that introduce new risks,” he said.

The trading mania revived last month as Reddit traders continued to pile into their favorite meme stocks including GameStop, AMC Entertainment and others. AMC is up 2,400% this year.

Robinhood is expected to go public on the Nasdaq under ticker “HOOD” this year. The free-trading pioneer experienced record growth in the past year resulting in 18 million accounts and $80 billion in customer assets.