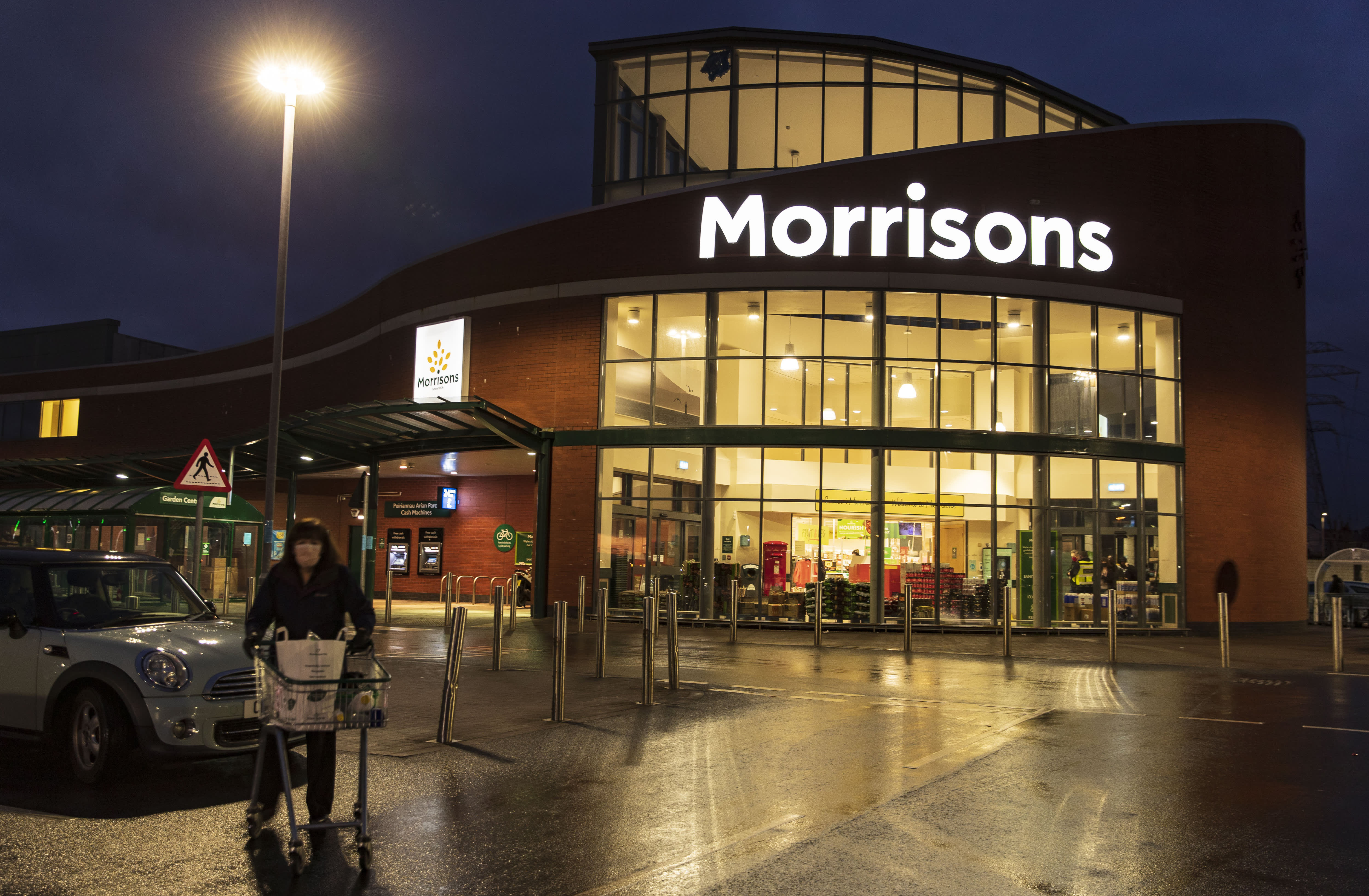 May James/SOPA Images/LightRocket via Getty Image

WM Morrison, Britain’s fourth-largest supermarket chain, could be about to become the target of an international bidding war.

Apollo Global Management announced Monday it was mulling a rival bid for the retailer after it agreed an $8.7 billion takeover deal with SoftBank-owned Fortress Investment Group.

In a statement, Apollo said it was in the preliminary stages of evaluating a potential bid but had yet to approach Morrisons’ board.

On Saturday, the board recommended a 254 pence per share ($3.52 per share) cash offer from a consortium led by Fortress, which includes Canada Pension Plan Investment Board and Koch Real Estate Investments. The offer values the company at £6.3 billion.

However, Morrisons’ eighth-largest shareholder, JO Hambro, last week said it would want to see an offer of at least £6.5 billion ($9 billion) for the company.

The three largest shareholders — Silchester, BlackRock and Columbia Threadneedle — cumulatively account for more than 35% of shares and have yet to publicly comment on the Fortress proposal.

Morrisons shares surged more than 11% on Monday as the race heated up, while the stock of fellow British supermarket groups Sainsbury’s, Marks & Spencer and Tesco also nudged higher.

Not the end of the saga

All eyes are now on whether CD&R will reenter the race.

Barclays analysts on Monday highlighted two major reasons why the private equity firm may be able to justify paying more than the agreed offer from Fortress.

“Firstly, CD&R has a bigger retail footprint in the U.K. than Fortress — the former owns the MFG chain of petrol forecourts, the latter owns Majestic Wine — so we would expect CD&R to be able to generate bigger synergies with Morrison,” Barclays Managing Director of European Retail Equity Research, James Anstead, said in the note.

“Secondly, Fortress has indicated that it does not plan to undertake material sale and leaseback activity with respect to Morrison’s store estate – CD&R (and/or other potential bidders) might be able to afford to bid more if it chose to explore such real estate activities.”

Meanwhile, Bank of America analysts highlighted that the involvement of Koch Real Estate in the Fortress-led consortium deal suggests it could be considering store sales or leasebacks (which would see it sell properties but lease them back) after all.

“Morrisons owns more than 80% of its real estate and we would expect any new owner to investigate the potential for value creation within property,” they added.

Why is Morrisons so popular?

This ownership of much of its store estate, along with a deeply integrated supply chain, make Morrisons a “bargain” compared to many of its overseas peers, said Susannah Streeter, senior investment and markets analyst at Hargreaves Lansdown.

Streeter highlighted that Morrisons’ digital sales were up by 113% last quarter. It also has a partnership with Amazon Prime and sells products through the Amazon Fresh bricks and mortar store in London.

“The tentacles of WM Morrison expand across multiple supply chains where innovative products are in development,” she said.

“As the U.K.’s second largest food manufacturer, a huge number of farmers and producers are reliant on the grocer, not to mention the staff employed at its stores and factories, so any private equity bid is being met with suspicion by unions, fretful that parts of this support network could be dismantled.”

As such, Streeter noted that the issue of asset-stripping and store sales is a political one; Morrisons has reportedly written to Members of Parliament seeking to assuage concerns.

The upward moves for in the share price of rival chains indicates that some investor speculation is mounting about broader interest in the sector.

U.S. billionaire Daniel Kretinsky’s Vesa Equity Investments has been building a stake in Sainsbury’s and is now its second-largest shareholder with close to 10%, according to Refinitiv data.

However, Streeter noted that while the U.K. grocery market may look strong on the back of growth in online sales over the past year, it has begun to cool a little, with retail food sales falling 5.7% in May as restrictions eased and consumers returned to restaurants. This is likely to prompt further price competition that could eat into margins, she suggested.

“So instead of turning into a bun fight, M&A activity is likely to be more of a dignified browse across other potential targets,” she added.