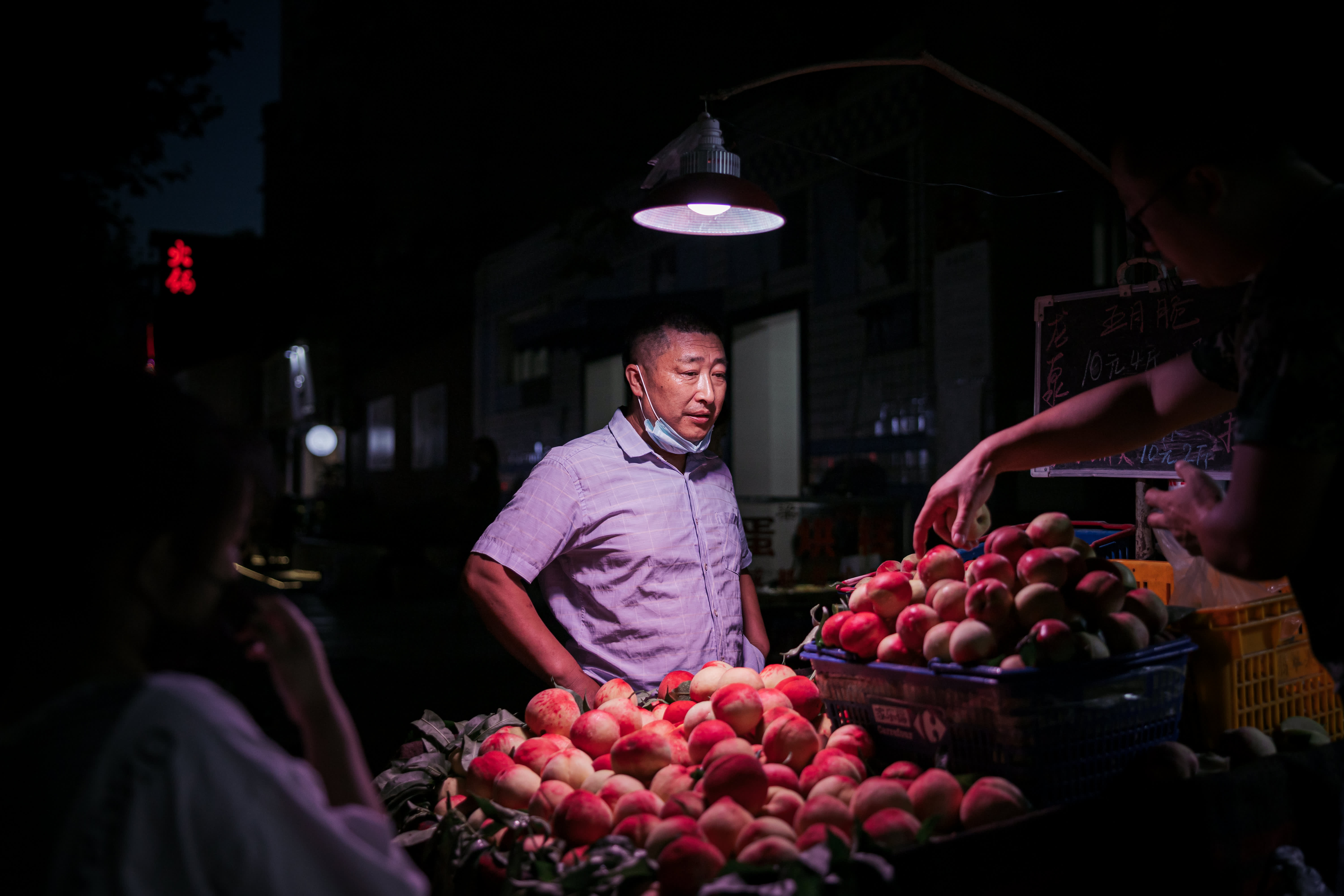 Chengdu city street vendors, like this one pictured on June 18, 2020, were mentioned by Chinese Premier Li Keqiang during COVID-19 as an example of economic recovery.

BEIJING — China’s top executive body surprised investors late Wednesday by saying the central bank would stimulate the economy by cutting the amount of funds banks need to hold in reserve.

“We think this policy signal suggests the economy likely slowed in June,” Zhiwei Zhang, chief economist, Pinpoint Asset Management, said in a note. He said policymakers likely already know what retail sales and other macroeconomic data for June look like.

Economic data for last month and second-quarter gross domestic product are due out on Thursday next week.

Investors may already have some clues. On Monday, the China Association of Automobile Manufacturers said passenger car sales in China likely fell 14.9% in June from a year ago. Autos are a major component of retail sales.

The People’s Bank of China last cut the reserve requirement ratio, or RRR, in April 2020, when the country was emerging from the height of its struggle to contain the domestic spread of Covid-19.

China managed to quickly control the domestic outbreak and was the only major economy to grow last year. But the persistent spread of the disease overseas and a surge in commodity prices have added to uncertainties at home.

In the last two months, consumer spending — which China is trying to rely more on for growth — grew slower than expected and authorities have kept up their efforts to support smaller, privately owned businesses, which generate a significant share of jobs.

The State Council meeting on Wednesday, chaired by Premier Li Keqiang, stuck to the same tone of support.

“Given the impact of higher commodity prices on business production and operation, the meeting decided to maintain the stability of the monetary policy and enhance its effectiveness, without resorting to massive stimulus,” a press release of the meeting said.

“Cuts in the required reserve ratio and other policy tools will be introduced as appropriate, to intensify financial support for the real economy, especially micro, small and medium-sized businesses, and promote steady decrease of overall financing costs,” the release said.

Authorities also decided to lift household registrations restrictions to allow those working in gig economy-positions outside their hometowns to get access to local pension and medical insurance plans. The leaders said they would test occupational injury insurance, primarily for ride-hailing, food delivery and rapid delivery drivers.

RRR cut not a given

Following the meeting, Nomura’s Chief China Economist Ting Lu and his team said in a note they now expect the central bank to cut the reserve requirement ratio across the board by 50 basis points “in coming weeks.”

They also expect the government will speed up its bond issuance, after only using 2.5 trillion yuan ($385.72 billion) in the first half of a total allotment of 7 trillion yuan.

However, Lu pointed out a cut is not a given — noting that the State Council’s mention of a possible RRR cut in June 2020 did not result in one. However, six other mentions since the middle of 2018 have been followed by an RRR cut, he said in the note.

China’s signal of easier monetary policy comes as the U.S. Federal Reserve considers plans to tighten policy and gradually move away from stimulus measures made in the wake of the coronavirus pandemic.