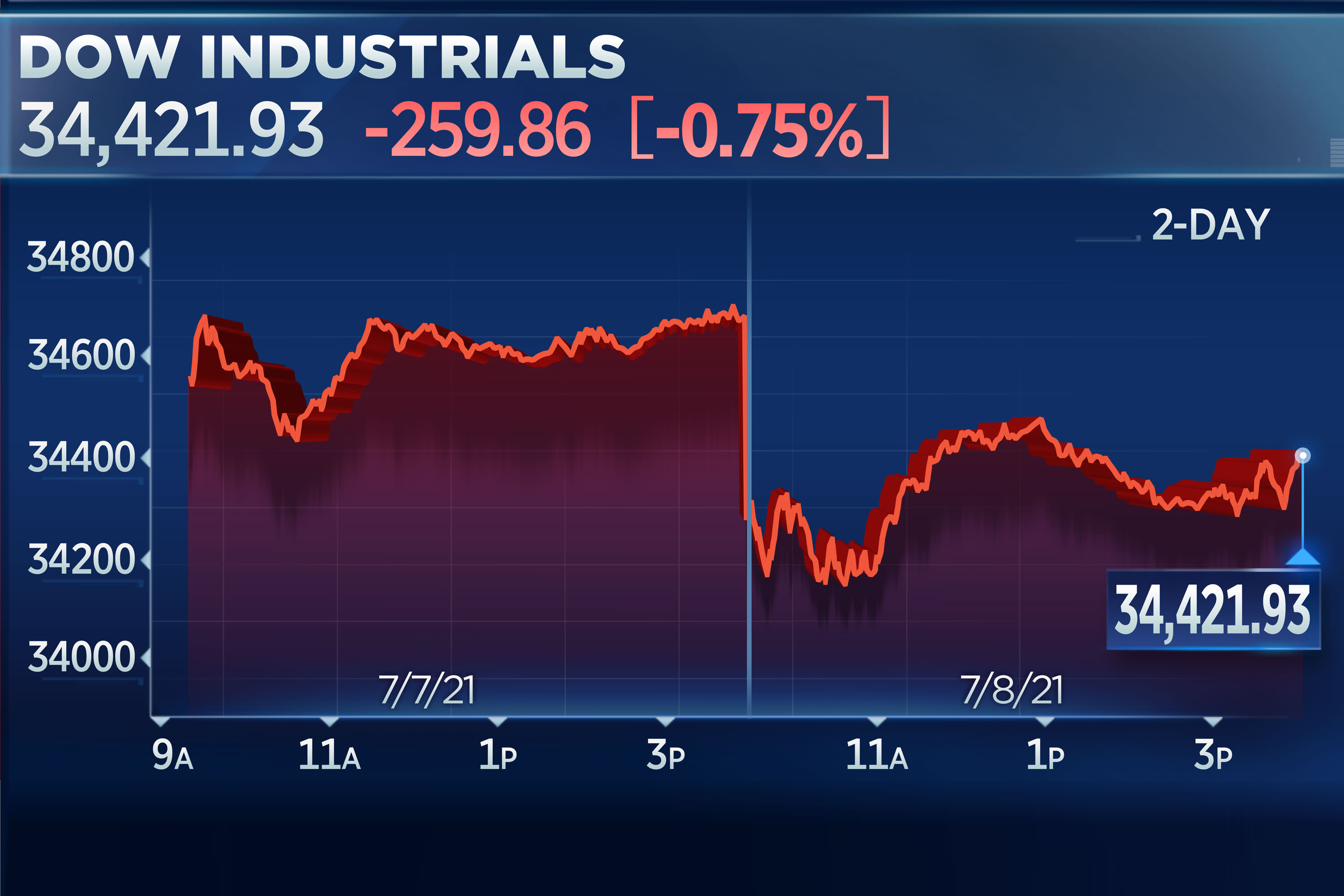 The major U.S. stock indexes fell Thursday on concerns about the global economic comeback from Covid-19. The losses came as Japan declared a state of emergency in Tokyo for the upcoming Olympics and as countries deal with a rebound in cases due to Covid variants.

The Labor Department’s latest jobless claims data came in unexpectedly higher at 373,000, signaling a possible slowdown in the the labor picture amid the Covid recovery. Economists expected to see 350,000 first-time applicants for unemployment benefits for the week ended July 3, according to Dow Jones.

Losses were led by companies that would benefit from a rapid economic comeback from the virus. Shares of Carnival, Norwegian Cruise Line and Royal Caribbean each dropped more than 1%. United Airlines and Delta Air Lines each fell more than 1%. Retailer Nordstrom dipped nearly 3%, and Home Depot and Lowe’s both fell 1.5%.

Chip stocks also fell on concerns about the pace of the global recovery. Micron, Qualcomm, Intel and Applied Materials fell more than 1% and Nvidia dropped 2.3%. Technology stocks also declined with Microsoft, Apple, Facebook and Google-parent Alphabet all closing in the red. Amazon bucked the trend and rose 0.9%.

“The market has been in one of those ‘Goldilocks’ stretches when economic growth was accelerating while inflation and interest rates remained low. Increased Covid cases, particularly delta variants, have caused concerns that the economic acceleration will slow,” said Timothy Lesko of Granite Investment Advisors. “A few weeks ago the porridge was too hot, now it seems it is too cold. With markets at all-time highs and some valuations stretched there is little room for economic slowdown in this market.”

Investors rotated into the safety of Treasuries further on Thursday, pushing the yield on the 10-year Treasury to 1.25%, the lowest since late February.

Despite the recovering economy and fast inflation, the 10-year Treasury yield continues to decline. It was at 1.58% to start July and hit a 2021 high of 1.78% in March. Traders remain confused about the exact reasons for the rollover in yields, with many citing concerns that the best of the economic recovery may be behind us.

Bank of America, Wells Fargo, Goldman Sachs and other financial shares declined more than 2% each on Thursday as their profitability outlook dimmed with lower rates. JPMorgan Chase and PNC Financial were also lower.

“Nothing suggests the near slump in yields is over,” wrote Christopher Harvey, head of equity strategy at Wells Fargo, in a note Thursday. “A sharp drop below 1.25% could cause equity PMs to believe that something is wrong or broken. As a result, we see a growing possibility of a 5% sell-off in equities before earnings season.”

Harvey noted he believes the buying in bonds is more technical in nature and not due to macroeconomic factors.

The Summer Olympics in Japan — which have already been delayed for a year — will ban spectators, Reuters reported on Thursday. This follows the state of emergency declaration for Tokyo by Japan to curb a wave of new Covid infections. The state of emergency will begin July 12 and run through Aug. 22, while the Games are scheduled from July 23 to Aug. 8.

The Cboe Volatility index, or ‘VIX,’ surged above the key 20 level Thursday morning and then retreated to around the 19 level at the close.

On Wednesday, the S&P 500 rose 0.3% to an all-time high, while the Dow Jones Industrial Average advanced about 104 points. The technology-heavy Nasdaq Composite closed just above its own flatline to eke out a record close. 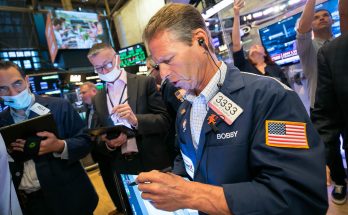 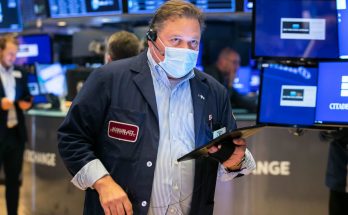 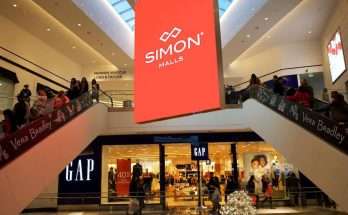