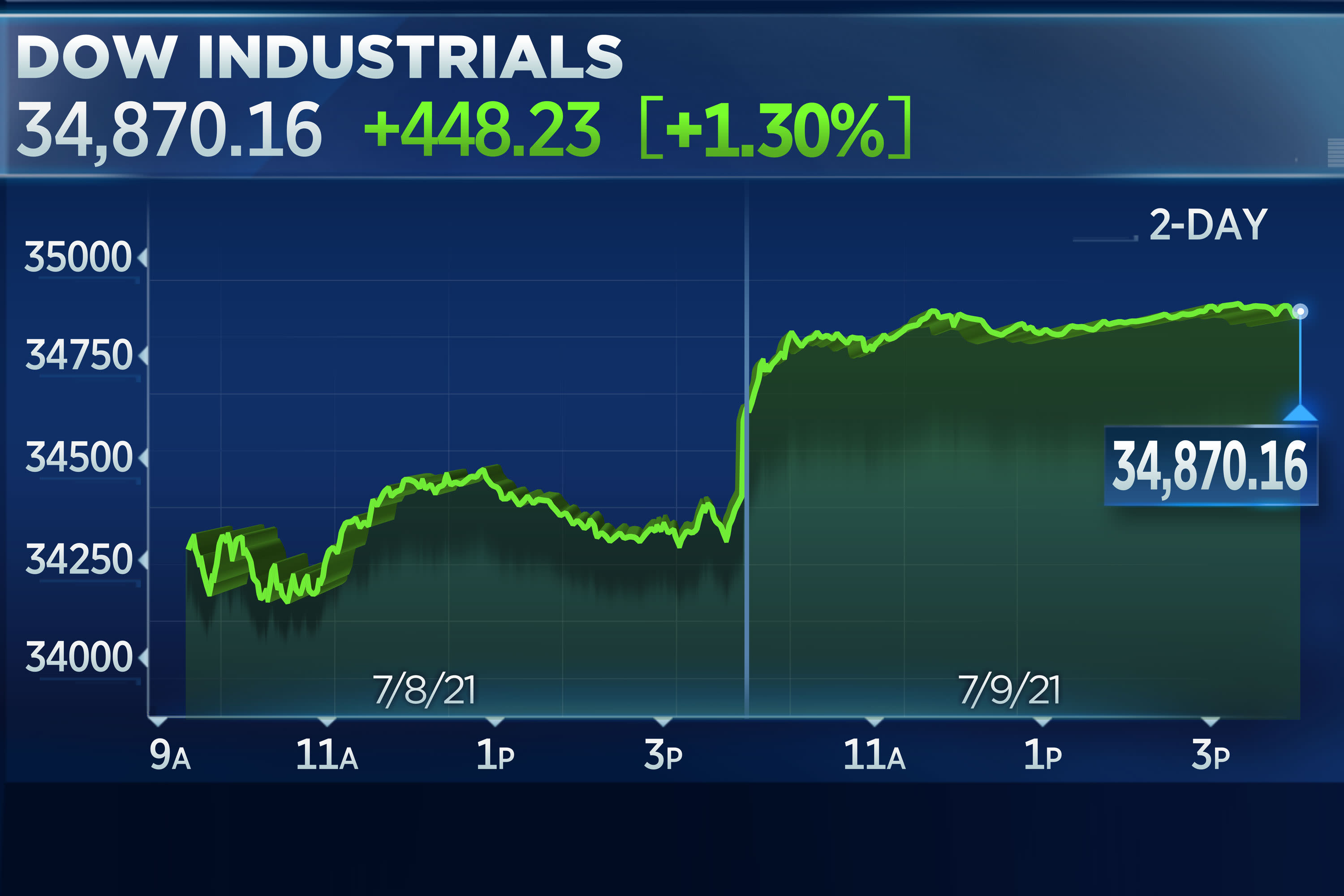 All three major averages notched record closes on Friday, rebounding from the previous session’s losses over concerns of a slowdown in global economic growth.

The S&P 500 earned its sixth week of gains in seven.

The stocks that led the losses on Thursday, reopening plays and banks, notched gains on Friday. Bank of America jumped about 3.3%, leading a bounce in financial shares. Royal Caribbean popped 3.6% and Wynn Resorts gained close to 2%. American Airlines and United Airlines both gained more than 2%.

The small cap benchmark Russell 2000 rallied more than 2% on Friday.

Shares of General Motors gained 4.8% after Wedbush said the stock is a buy and could jump more than 50% as investors realize the extent of its tech and electric vehicle evolution.

Big Tech stocks’ gains were capped on Friday as President Joe Biden signed a new executive order aimed at the competitive practices by the sector’s giants. Amazon fell 0.3% after hitting a new all-time high on Thursday.

The yield on the 10-year Treasury rebounded 7 basis points to 1.36%, easing concerns about an economic slowdown (1 basis point is 0.01%). Falling yields have mystified investors lately, with the 10-year yield falling to 1.25% at its low on Thursday.

Thursday’s losses, which saw the Dow drop nearly 260 points, came as the proliferation of the highly infectious delta Covid variant also fueled worries about the global economic comeback. The Olympics announced a ban of spectators at Tokyo’s summer games as Japan declared a state of emergency to curb the spread of coronavirus.

“Our central case has been for a choppy July” with the S&P 500 falling as low as 4,100, wrote Tom Lee, Fundstrat’s head of research, in a note to clients Thursday night. “While this is a possibility, we think there is a chance [Thursday] marked the peak of [the] ‘growth scare’ and if this is correct, equities might be shifting toward a broader risk on.”