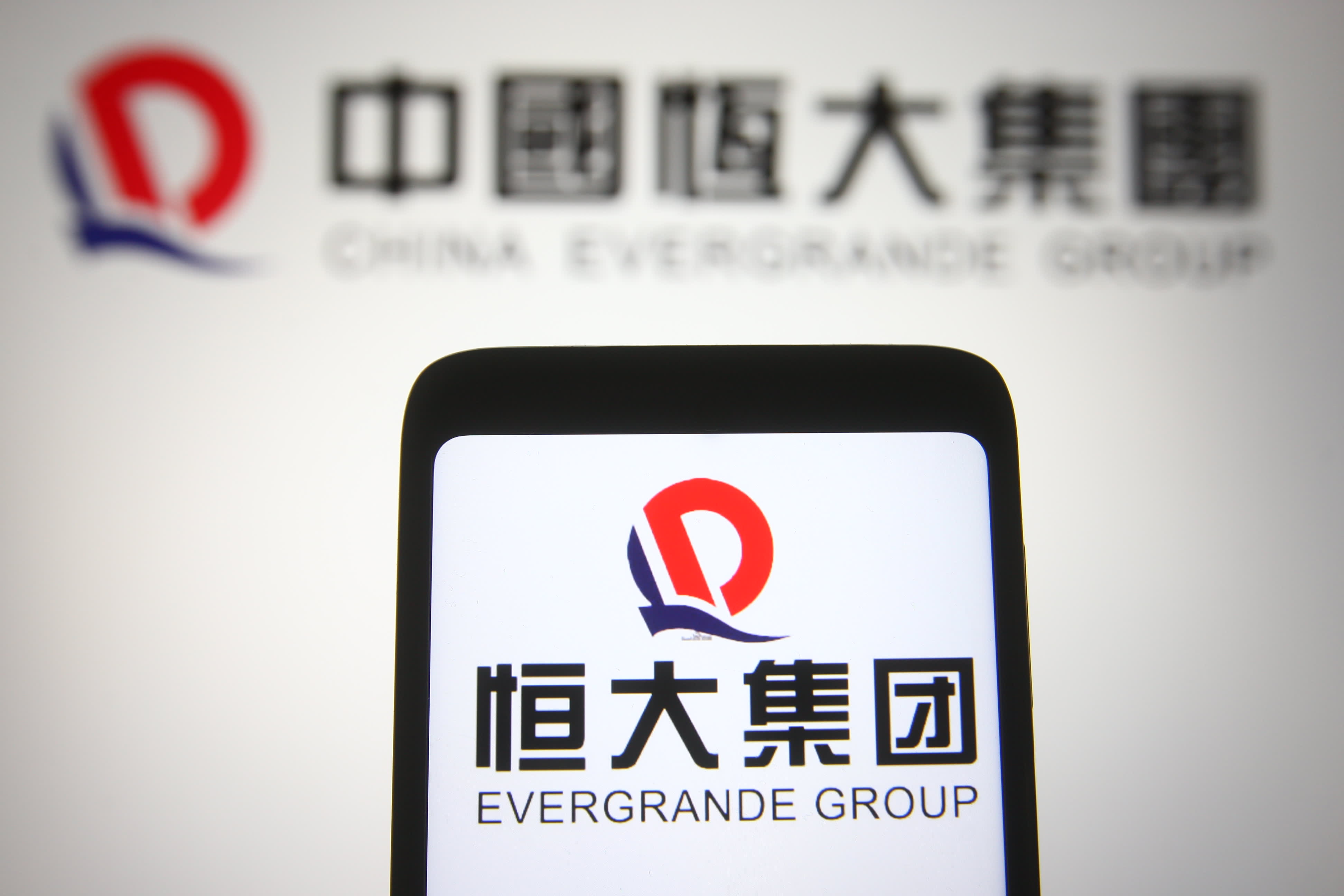 The Evergrande Group or Evergrande Real Estate Group logo of a Chinese real estate company is seen on a smartphone and a PC screen.

Evergrande shares declined by more than 14% as of midday Tuesday, following a 16.2% drop a day earlier.

The latest stock drop followed news that in early July, a local court in Jiangsu province ruled that a branch of China Guangfa Bank could freeze 132.01 million yuan ($20.6 million) in deposits from Evergrande Real Estate and its subsidiary Yixing Hengyu Real Estate.

The ruling was disclosed last Tuesday, but didn’t gain market attention until Sunday evening, according to Reuters.

Evergrande said in a statement Monday that Hengyu had a loan of 132 million yuan from the bank in question — due next year on March 27. The company said it would sue the bank, according to a CNBC translation of the Chinese text.

“I am not so much concerned,” Henry Chin, global head of investor thought leadership and head of research Asia Pacific at CBRE, told CNBC’s Martin Soong on “Squawk Box Asia.”

Chin pointed to news in the last few days that indicated to him the Chinese government can gain greater oversight of commercial property debt issues.

Requiring regular disclosures on commercial paper debt will reduce the chance of unexpected shocks from property developers, Chin said. He expects Evergrande to follow other property developers in selling non-core assets to pay their debt and improve their financial condition.

Evergrande was founded in the late 1990s as a real estate developer.

In the last several years, the company has climbed into the ranks of Fortune’s Global 500 list and expanded into industries such as film and entertainment, life insurance and spring water. Evergrande backs Guangzhou’s soccer team.

The conglomerate’s unit for new energy autos — which includes electric cars — has announced ambitious annual production goals of 1 million vehicles by 2025 and 5 million by 2035.