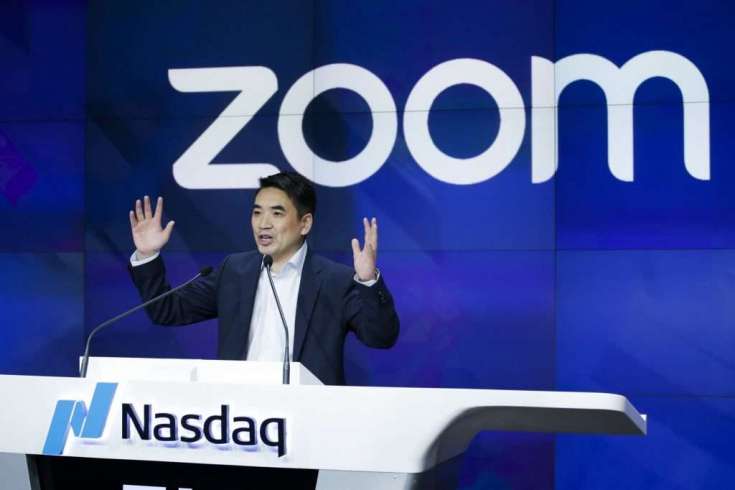 Hasbro — Shares of the toymaker soared 12.2% after beating on the top and bottom lines of its quarterly results. Hasbro reported earnings of $1.05 per share, topping estimates by 58 cents, according to Refinitiv. Revenue came in at $1.32 billion, compared to the $1.16 billion forecast by the Street.

Tesla — Tesla shares gained 2.2% ahead of the electric vehicle maker’s second-quarter earnings report after the bell. Analysts are expecting key insights into the company’s business in China, bitcoin holdings, full self-driving capability and new manufacturing facilities in Germany and Texas.

Lockheed Martin —  The defense contractor saw its shares fall 3.4% after it reported quarterly earnings of $6.52 per share, missing analysts’ estimate by one cent, though revenue beat estimates. The earnings report also included a 61 cent charge related to performance issues at a classified program.

Zoom Video — Shares of the video conferencing company jumped 3.9% on Monday after Bank of American named Zoom Video a top pick. The firm said in a note to clients that Zoom’s acquisition of Five9 was a “game-changer” in the corporate communications space.

Lowe’s —  The home improvement company’s stock fell 1.5% after Wedbush downgraded it to neutral from outperform, saying tailwinds are slowing. “Supported by commentary from large suppliers, we expect to see a leading indicator of a downturn emerge more clearly this quarter” in Lowe’s results, the Wedbush analyst said.

Six Flags – Six Flags shares rose about 5.4% after Wedbush upgraded the stock to an outperform rating from a neutral rating. The firm called Six Flags a “compelling” reopening play. “SIX represents an intriguing combination of massive underperformance over the course of the pandemic, manageable reopening headwinds, and a significant-yet-realistic post-pandemic margin-enhancement story,” the firm said.

Gap – Shares of the retailer edged about 3% higher after Deutsche Bank upgraded the stock to a buy rating. The firm said Gap is “making a comeback with improving profitability.” Deutsche Bank has a $42 target on the stock, which is 44% above where shares closed on Friday.

PerkinElmer – Shares of PerkinElmer gained 4.7% after the life sciences company announced it would acquire BioLegend, an antibodies and reagents provider. The deal is worth about $5.25 billion in a combination of cash and stock. PerkinElmer said in a press release that the transaction will be the largest in the company’s history.

Philips – Philips shares dropped 3.8% after despite the company reporting better-than-expected earnings for the second quarter. The Dutch health technology added 250 million euros to a prior provision in relation to the recall of breathing devices and ventilators.

Didi Global — Shares of the Chinese ride-hailing firm stabilized on Monday and dipped 0.3%. The stock fell more than 20% on Thursday and Friday, as China crackdowns on tech companies. On Monday, Atlantic Equities downgraded the stock to neutral, saying that shares would likely remain volatile for the rest of the year.

TAL Education — TAL Education shares continued to fall after Friday’s reports of a Chinese government crackdown on education training institutions that included bans on foreign investment. The stock dropped 26.7% on Monday. Goldman Sachs downgraded the stock to a neutral rating and Bank of America double-downgraded the stock to an underperform rating. Both firms cited regulatory uncertainty for the Chinese education company.

Tencent Music Entertainment –Shares of the China-based music platform fell roughly 3% after Chinese regulators ordered the company to end its exclusive music licensing deals with global record labels within 30 days. Tencent Music has also been fined more than $77,000 by China’s antitrust authorities. The stock has tumbled more than 30% this month.