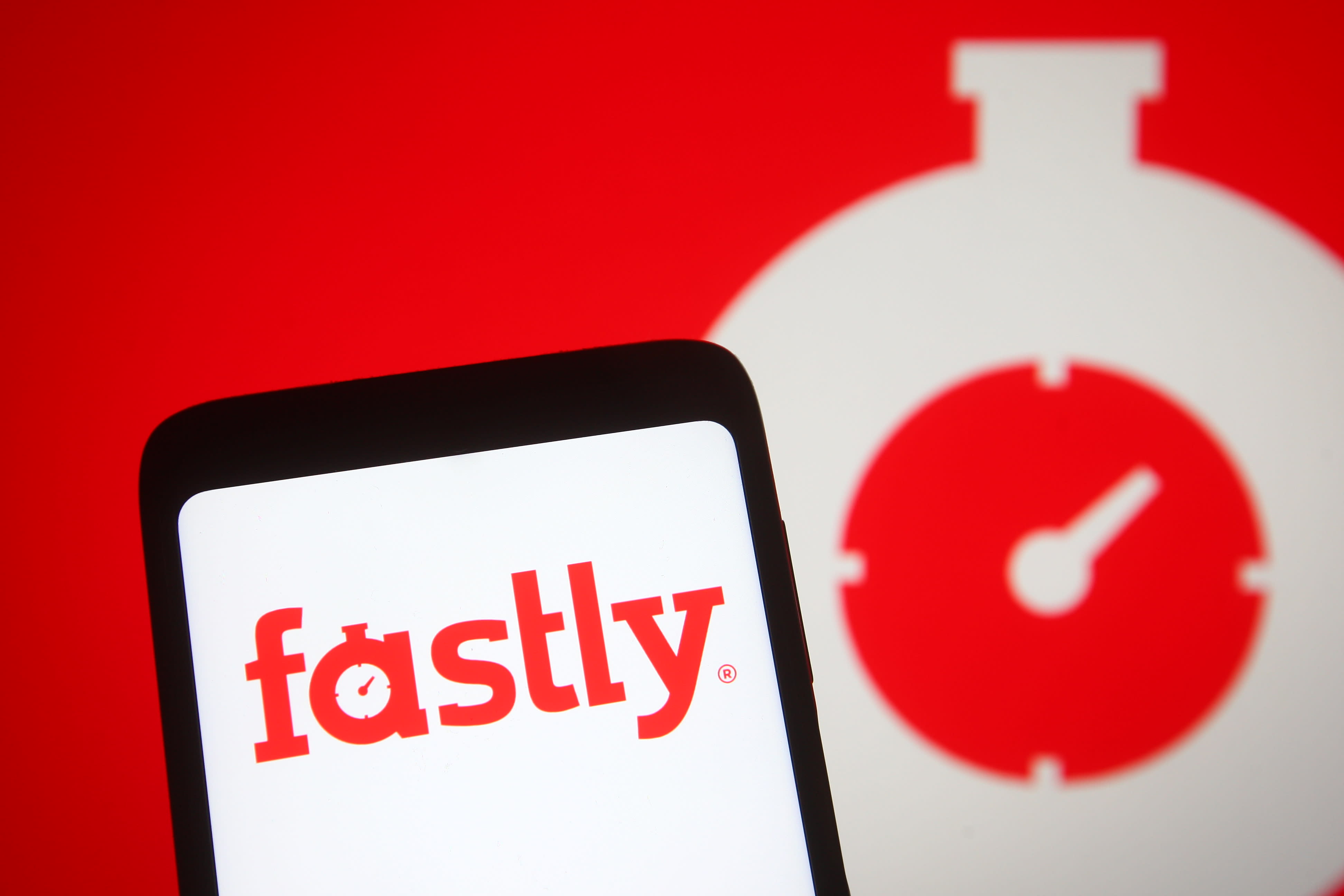 The logo of US cloud computing services provider Fastly is seen on a smartphone screen.

Robinhood — Shares of the trading app dropped more than 27% after the newly public company said in a filing that existing shareholders will sell close to 97.9 million shares over time. The commission-free broker said it will not receive any of the proceeds from the stock sale of 97,876,033 shares of its Class A common stock. The stockholders were among those who came to Robinhood’s rescue during the historic trading mania earlier this year.

Fastly — Fastly shares plunged over 10% following its earnings report Wednesday, which showed a loss of 15 cents per share for the second quarter, compared to the 17-cent loss analysts had estimated. The cloud software provider missed on revenue forecasts and said its June network outage will continue to affect results for the rest of the year.

Nautilus Biotechnology — Shares of Nautilus surged past 10% around 12:20 p.m. EST, after a report that Amazon invested “millions” in the pre-revenue biotechnology company as part of its efforts to grow its healthcare presence. Nautilus went public in June through a special-purpose acquisition company, or SPAC.

Etsy — Shares of the e-commerce name tumbled about 9.5% after user growth numbers came up short of estimates. During the second quarter the company earned 68 cents per share, compared to the 63 cents analysts surveyed by Refinitiv were expecting. Revenue came in at $528.9 million, also ahead of the expected $524.7 million.

Booking Holdings — Booking Holdings stock jumped 5.8% despite missing Wall Street expectations for quarterly earnings on Wednesday. The company — whose brands include Priceline, Kayak and other travel services — lost an adjusted $2.55 per share for the second quarter, wider than the loss of $2.04 per share analysts anticipated. However, revenue came in above estimates as travel demand jumped.

Edgewell Personal Care — The maker of personal care products saw shares rise 4.5% after reporting quarterly earnings. Edgewell reported earnings per share of 89 cents and revenue of $573.7 million, both of which beat Wall Street forecasts, according to Refinitiv. The company also raised its full-year earnings guidance.

Moderna — Moderna shares fell 1.8% before reclaiming some of its losses. The vaccine maker released better-than-expected earnings and revenue as well as positive vaccine protection durability data this week, which indicated protection from Covid, from the Moderna vaccine, lasts well after six months. The company also announced it plans to release a booster vaccine this winter.