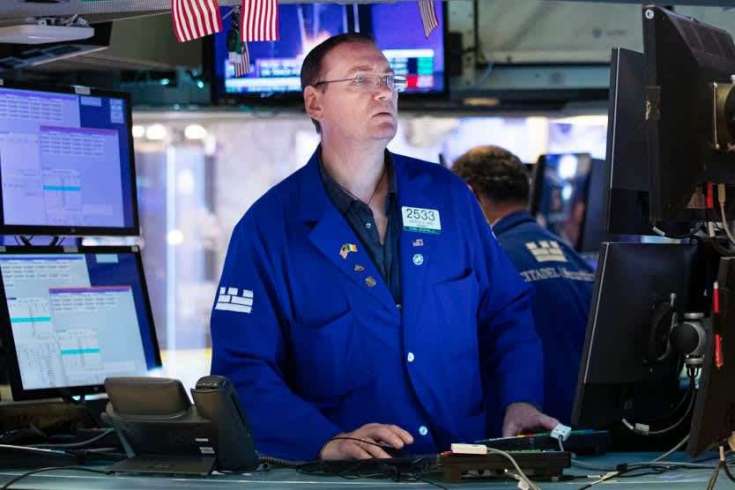 The Dow Jones Industrial Average gained 0.09%, although the 30-stock benchmark failed to hit a new milestone, with Home Depot acting as the biggest drag.

The S&P may have hit a record, but Wells Fargo Securities head of equity strategy Christopher Harvey sees more gains on the horizon. He lifted his year-end target to 4,825 on Tuesday, which is 7.5% above where the index finished the day. Harvey’s call is based on the S&P’s strength through August carrying over into the final months of the year.

“Over the last 31 years, there have been nine instances where the S&P 500 had a price return of 10%+ in the first eight months of the year; over the next four months, the index averaged another +8.4%. None of these instances produced a negative return during those last four months,” he wrote in a note to clients.

The much anticipated Jackson Hole symposium kicks off on Thursday, where central bankers will potentially provide updates on their plan around tapering monetary stimulus. The Federal Reserve has been purchasing at least $120 billion of bonds per month to curb longer-term interest rates and jumpstart economic growth as the pandemic wreaked havoc on the economy.

Chairman Jerome Powell is slated to make remarks on Friday.

“Taper talk is the worry, but if inflation continues to run hot and economic data continues to be mixed the timing of tapering could get pushed,” noted Lindsey Bell, chief investment strategist at Ally Invest. “It’s unlikely that the Fed will force a taper on an economy that isn’t ready, and the outlook is becoming less certain with the rise of the Delta variant.”

Bell added that the deciding factor could be August’s jobs report, given that Covid cases have jumped in the past month as the delta variant spreads.

Several tech companies will report earnings on Wednesday after the market closes, including Dow component Salesforce. Box and Snowflake are also on deck.