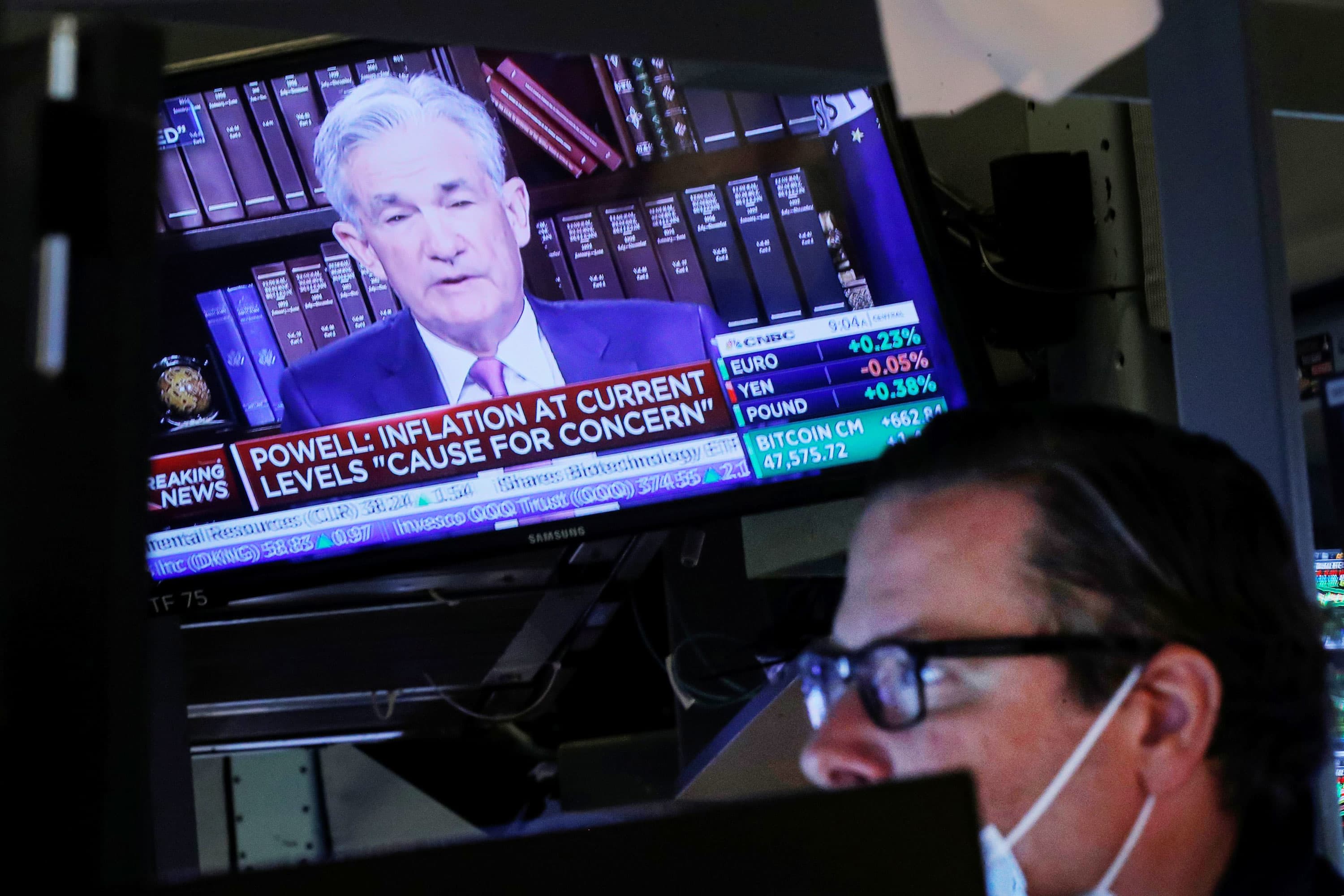 A dicey situation reminiscent of the dot-com bubble may be unfolding on Wall Street.

According to BTIG’s Julian Emanuel, the market’s record price action is mimicking late 1999, and it could spark a 10% to 20% correction within the next month.

“Be very much aware of the fact that if and when it reverses, the consequences could be severe,” the firm’s chief equity and derivatives strategist told CNBC’s “Trading Nation” on Monday.

On Monday, the S&P 500 saw its 53rd record close of the year and tech-heavy Nasdaq saw its 32nd. Meanwhile, the Dow is a fraction of one percent away from its record high.

“We’re in a time where the impossible has really become commonplace,” said Emanuel. “If we had said inflation would be at 30 year highs and [10-year Treasury Note] yields would be at 1.3% while the S&P would be at this level a year ago, no one would have believed you, me or anyone else.”

“The temptation may be to continue to go with it,” he said. “This is a time to retain emotional control.”

Emanuel believes euphoria could help drive the S&P 500 to 5,000, a more than 10% jump from Monday’s close. However, he warns the move would add more near-term danger into the market.

“What we don’t want is for people to get so overly committed in that race to 5,000 potentially that they become uncomfortable and overexposed to equities,” he added.

Emanuel’s pullback call, which dates to late Spring, is getting louder because he also sees the CBOE Volatility Index rising along with the S&P and Nasdaq.

“That’s usually foretold of a pullback. That’s what happened last September,” noted Emanuel. “The other thing that concerns us is this plunge in consumer confidence that we’ve seen.”

Emanuel, a long-term bull, suggests investors with a long time horizon should embrace market a setback.

“Be mentally prepared to buy down 10%, 15%, maybe even 20%, because the long-run trend is higher and pullbacks having been bought have been rewarded all along the line,” Emanuel said. “We all know that September has a record of being a difficult month to navigate that ultimately yields to the buying opportunity in October.”