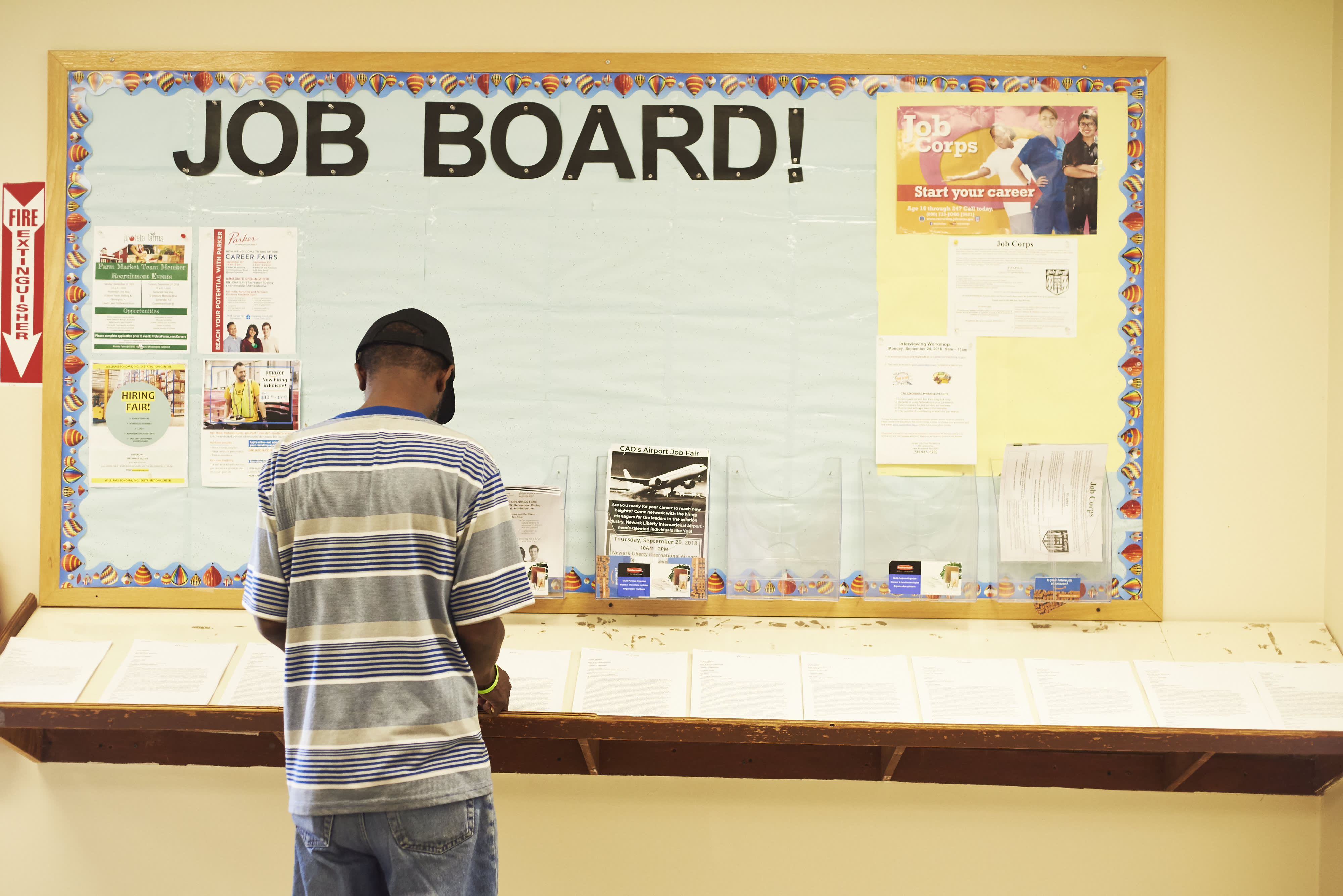 States issued $794 billion in combined state and federal unemployment benefits from March 2020 through July 2021, according to a U.S. Department of Labor spokeswoman.

That sum is far higher than during any other period in history, according to labor experts.

It’s tough to draw direct comparisons, due to the different time scales of economic downturns. For an example, we can examine 2009, the year in which unemployment peaked during the Great Recession, which before the pandemic had been the worst U.S. recession since the Great Depression.

The jobless received $128 billion in total unemployment benefits in 2009, according to an Urban Institute analysis. By comparison, the jobless had gotten $637 billion — five times as much — about a year after the CARES Act became law, according to The Century Foundation.

CARES Act policies aimed to replace a big chunk of lost paychecks as laid-off workers were asked to stay home to reduce the virus’ spread.

“We had a lot of people we wanted to stay home,” said Betsey Stevenson, an economics and public policy professor at the University of Michigan. “We also had lots of people lose jobs right away.”

The law temporarily raised the amount of weekly benefits, by $600 a week and then $300 a week at various points thereafter. Those infusions essentially doubled or tripled the average weekly benefit.

It expanded aid to millions of people, like the self-employed and gig workers, who were previously ineligible for traditional state unemployment insurance. The long-term unemployed also received additional, federally financed weeks of benefits when they depleted state aid.

Determining the number of unique individuals who’ve collected benefits during the pandemic is an administrative challenge, according to labor experts. The Labor Department doesn’t collect this data from states, according to a spokeswoman.

A year into the pandemic, up to 46.2 million people had received at least one week of benefits, amounting to about 1 in 4 workers, according to an estimate from The Century Foundation.

That projection includes 15.5 million people who received at least one week of Pandemic Unemployment Assistance (for the self-employed and gig workers), who’d never before been eligible for benefits on a national scale.

“You could certainly say [unemployment benefits] unambiguously reached many more people, because they changed the coverage,” Julia Lane, an economist and professor at New York University, said of lawmakers’ CARES Act expansion.

By comparison, 14.5 million Americans collected at least one benefit payment in 2009 — less than a third of the pandemic annual total, according to The Century Foundation analysis. And 5 million did so in the 12 months before the pandemic began.

“Total weeks compensated” is another way to gauge the scope of benefit receipt. It measures the number of weekly benefit payments issued.

It’s not an exact measure of the number of individuals, because it doesn’t control for duration. (For example, 10 weeks of paid benefits might mean one person collected aid for 10 weeks, or that 10 people each collected for one week.)

There were about 1.5 billion total weeks compensated from March 2020 through July 2021, according to the Labor Department.

By comparison, about 400 million weekly payments were issued in 2009, about half those paid in the pandemic’s first year, according to The Century Foundation.

The pandemic total is also likely understated, since some states haven’t submitted regular data for Pandemic Unemployment Assistance, according to the Labor Department.

About half of U.S. states ended their participation in some or all federal unemployment programs in June or July, ahead of their official expiration this weekend, which limited the scope of payments.