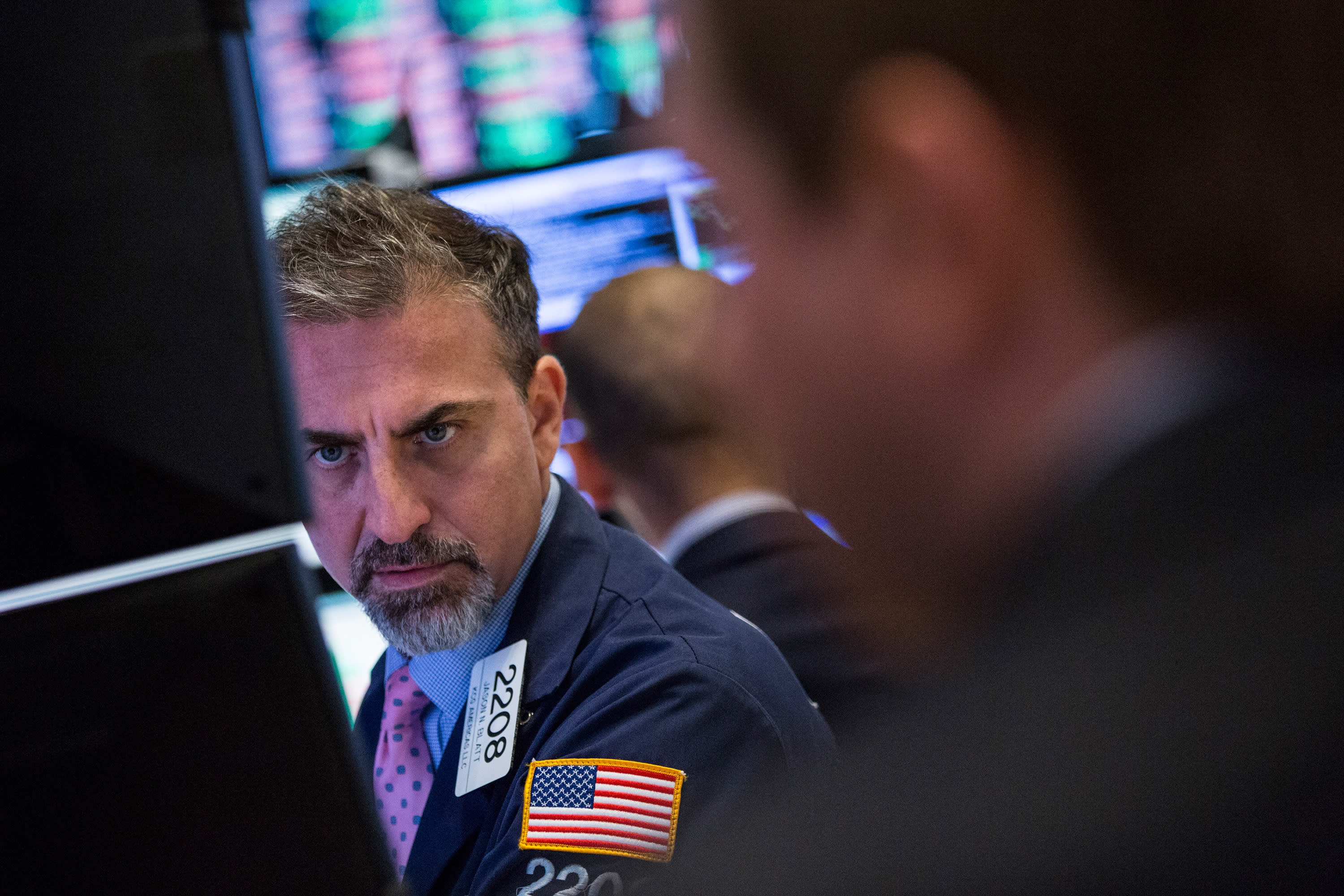 A trader works on the floor of the New York Stock Exchange.

U.S. stock futures were flat Tuesday morning amid lingering concerns about the delta variant’s impact on the economic reopening.

Goldman Sachs downgraded its economic outlook over the weekend, citing the delta variant and fading fiscal stimulus. Goldman now sees 5.7% annual growth in 2021, below the 6.2% consensus. The firm cut its fourth-quarter GDP outlook to 5.5%, down from 6.5%.

“The hurdle for strong consumption growth going forward appears much higher: the Delta variant is already weighing on Q3 growth, and fading fiscal stimulus and a slower service sector recovery will both be headwinds in the medium term,” stated the Goldman note.

The S&P 500 is slightly in the green for September, up 0.3% so far, but it is a month that historically has challenged markets. The month averages a 0.6% decline, the worst of any month, with a positive rate of just 45%, according to CFRA.

“We see a bumpy September-October as the final stages of a mid-cycle transition play out,” wrote the strategists led by Andrew Sheets. “We continue to think this is a ‘normal’ cycle, just hotter and faster, and our cycle model remains in ‘expansion’. But the next two months carry an outsized risk to growth, policy and the legislative agenda.”

Boeing shares were lower in premarket trading after the Wall Street Journal reported deliveries for the 787 Dreamliner would likely be further delayed.

Shares of GM fell in early trading after various auto leaders said Monday at the Munich Motor Show that a global chip shortage would likely continued to weigh on the industry.

The losses came after the August jobs report came in short of expectations, highlighting continued concern about the spread of Covid and its delta variant. Nonfarm payrolls increased by 235,000 in August, the Labor Department reported, but economists surveyed by Dow Jones expected 720,000 jobs.

Year-to-date, the Dow is up 15.5%, the S&P is up 20.7% and the Nasdaq Composite is up 19.2%, although investors and analysts are still on the lookout for a major correction in September.

“Admittedly, passive investors have yet to feel pain,” Bank of America said in a note Friday, adding that “2021 represents yet another year during which the [S&P 500] has crushed it, but some signs indicate that it may be time to start getting ‘pickier’ when it comes to stocks.”

No economic data is due out Tuesday. Investors will be looking ahead to jobless claims data on Thursday and producer prices on Friday.