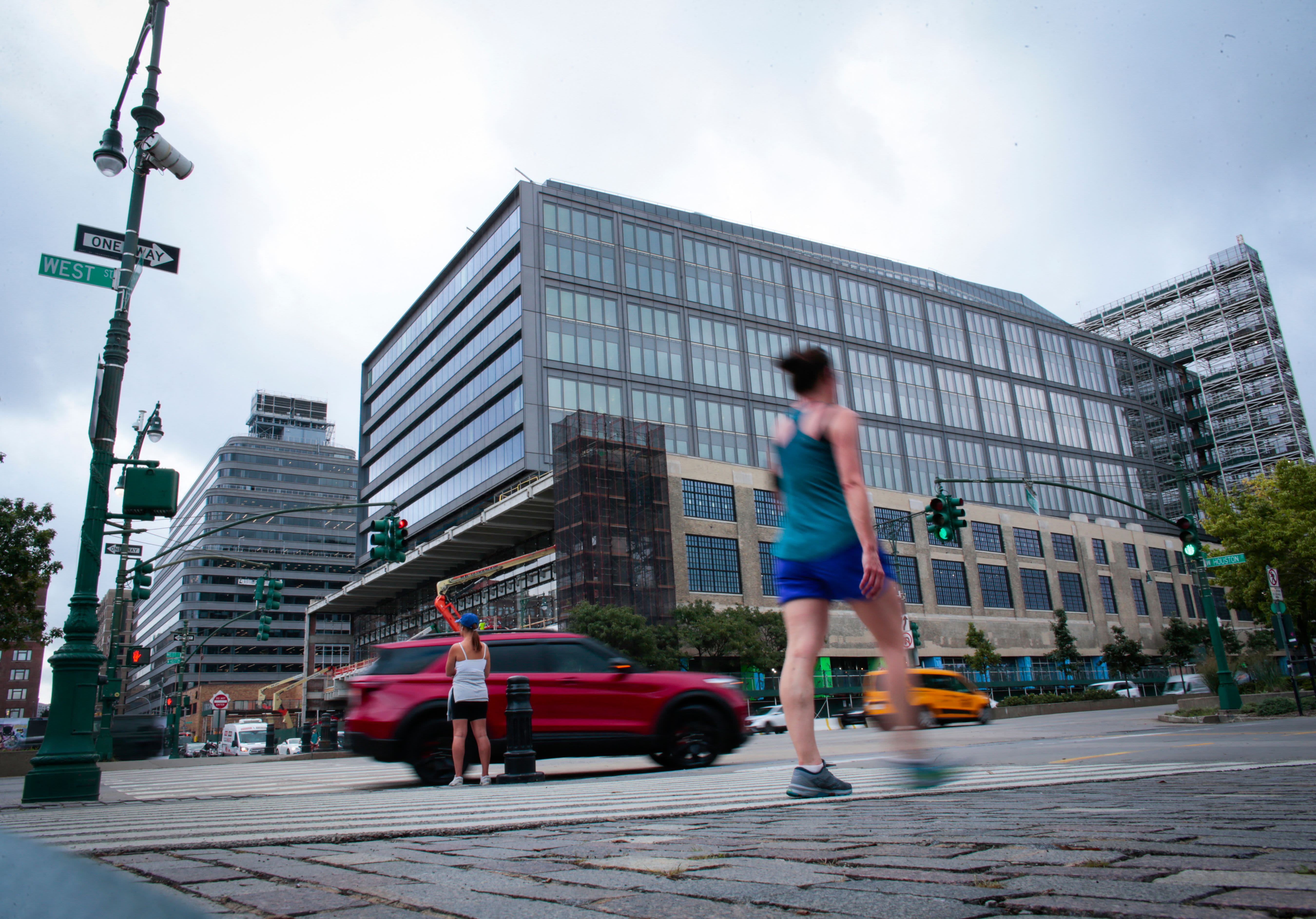 Google’s $2.1 billion deal to buy a Manhattan office building adds to the rapid growth of Silicon Alley, despite the increase in remote work and a decline in the New York office market.

Google is buying the former St. John’s Terminal on Manhattan’s West Side, expanding its footprint downtown. The company had been leasing the 1.3-million-square-foot building but exercised an option to buy the space. The price is the highest paid for a U.S. office building since 2018, according to commercial realtors.

It also signals the continued march of the Big Three tech firms into Manhattan, as the companies swallow up massive new buildings and entire neighborhoods to house a growing workforce. Google, Amazon and Facebook now have more than 8 million square feet of space in Manhattan, according to real estate experts. And that number is expected to continue to rise as the companies scout for more space.

Google’s latest deal brings its total square footage in Manhattan to over 3.1 million square feet, brokers said. Along with the new building, it’s also purchased 111 8th Ave. — where it occupies over 800,000 square feet of space — as well as the nearby Chelsea Market building.

An exterior view of the St. Johns Terminal building is seen in New York on September 22, 2021. Google announced on September 21, 2021 plans to buy a New York City office building for $2.1 billion, confirming its push into America’s largest city despite the pandemic teleworking trend.

Facebook has been snapping up space in Hudson Yards and is leasing all 730,000 square feet of office space in the soon-to-be-renovated James A. Farley Building in midtown. Facebook now has more than 3.2 million square feet of space in Manhattan and is currently scouting for more, brokers said.

Amazon is also expanding rapidly in Manhattan, even though it canceled plans for a massive “HQ2” in Long Island City after political backlash. With its $978 million purchase of the former Lord & Taylor department store building, Amazon now has nearly 2 million square feet of space.

The leasing activity from Big Tech has helped spark early signs of a recovery in the Manhattan office market, which has been hit hard by the Covid-19 pandemic and urban flight. Leasing volume in August more than doubled from July, with 1.46 million square feet of office space leased in midtown, according to Colliers International.

Yet while tech is leading the city’s new leasing activity, the broader market still has a long recovery ahead.

Only about 23% of Manhattan workers have returned to the office as of late August, according to a survey by the Partnership for New York City. The survey found that 76% of workers plan to be back in the office in early 2022 and that 70% of employers are adopting a rotating or “hybrid” office schedule, where employees can work remotely for part of the week.

Manhattan has about 86 million square feet of available office space — an availability rate of over 18% and at or near a 30-year record, according to Savills.