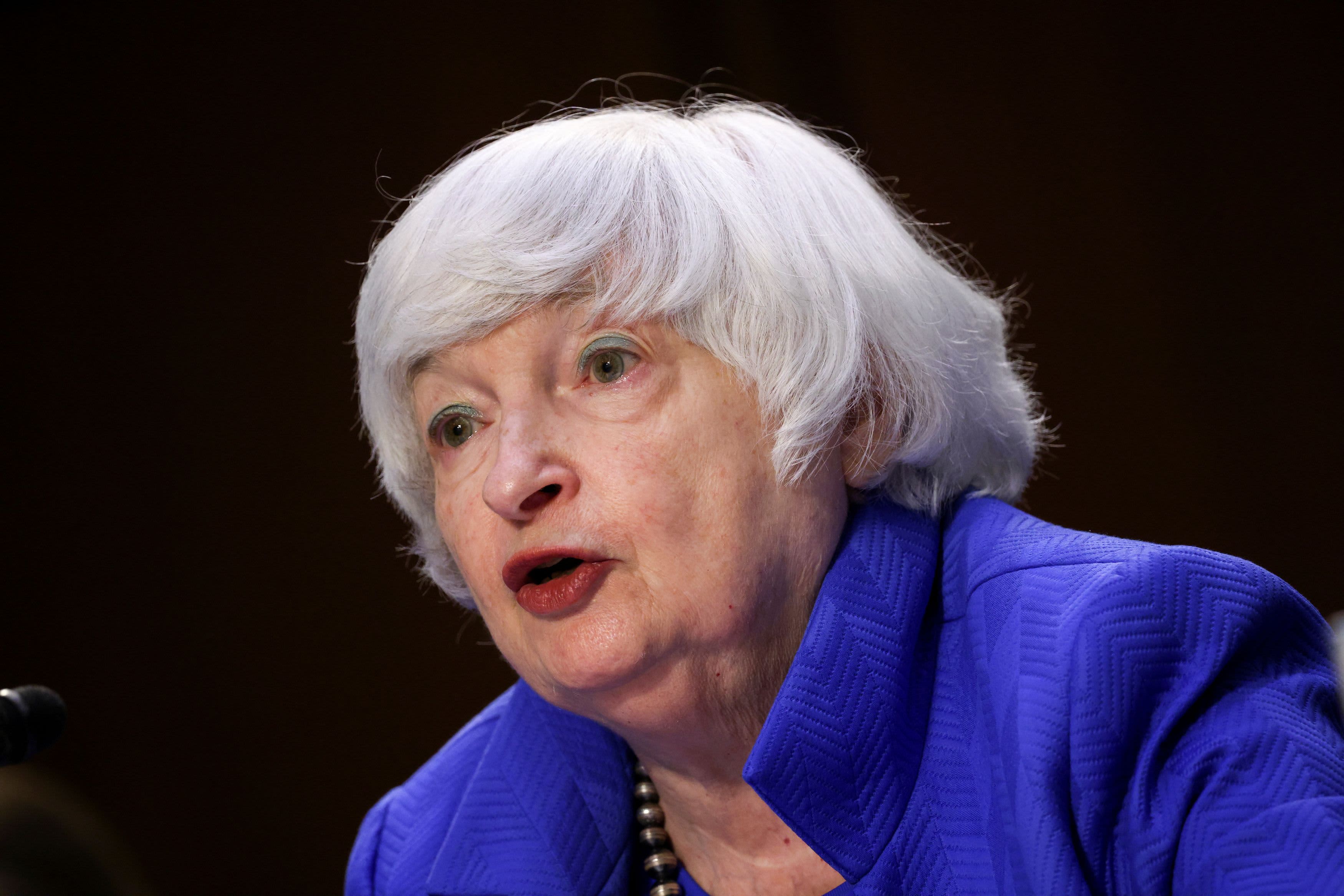 “We now estimate that Treasury is likely to exhaust its extraordinary measures if Congress has not acted to raise or suspend the debt limit by October 18,” she wrote in a letter. “At that point, we expect Treasury would be left with very limited resources that would be depleted quickly.”

Yellen, who will testify before the Senate later Tuesday morning, warned in a separate statement to lawmakers that failure to suspend or raise the debt limit would lead to the first-ever U.S. default and have severe consequences for the U.S. economy.

“It is imperative that Congress swiftly addresses the debt limit. If it does not, America would default for the first time in history,” she said in her remarks to the Senate Banking Committee. “The full faith and credit of the United States would be impaired, and our country would likely face a financial crisis and economic recession.”

Because the U.S. has never defaulted on its debt before, economists have to rely on forecasts and guesswork when trying to estimate the economic fallout a default would bring. Still, most economists say such a default would bring about financial calamity that could trigger a broad market sell-off and economic downturn amid a spike in interest rates.

“You would expect to see an interest rate spike if the debt ceiling were not raised,” Yellen said during live testimony on Tuesday. “I think there would be a financial crisis and a calamity. Absolutely, it’s true that the interest payments on the government debt would increase.”

Yellen’s letter to Pelosi, D-Calif., is the latest in a string of communications between the Treasury secretary and congressional leadership as the U.S. nears missing a payment to its debtholders. A spokesman for the House speaker did not immediately respond to a request for comment.

Pelosi and Senate Major Leader Chuck Schumer, D-N.Y. have in recent weeks called upon Republicans to pass a suspension to the debt ceiling as a bipartisan duty.

“Now, as Minority Leaders McCarthy and McConnell welcome a disaster they both know is coming, Republican luminaries, former Treasury Secretaries, business groups, and top economists are joining the growing chorus of Americans demanding that they stop putting politics over the health of the U.S. economy,” Pelosi’s office said last week, before Yellen’s latest letter.

Senate Republicans on Monday blocked a bill that would fund the government and suspend the U.S. borrowing limit. The GOP opposed the House-approved bill because it included a provision to suspend the debt ceiling, a task Republicans say ought to be up to Democrats alone.

“If Democrats want to use fast-track, party-line procedures to ram through trillions more in inflationary socialism, they’ll have to use the same tools to handle the debt limit,” he said from the Senate floor.

“It’s time for our democratic colleagues to stop dragging their heels and get moving,” the Republican leader added. “But Democrats in congress don’t seem to be acting with any urgency.”

Republicans want Democrats to raise or suspend the debt ceiling by including a provision in their $3.5 trillion reconciliation bill.

Government funding and the debt ceiling are separate issues.

The U.S. government will shut down at the end of September if lawmakers fail to approve a new funding or appropriations bill. In that case, government agencies must send thousands of federal employees home and operate at a limited capacity until funding is resumed.

The debt ceiling is viewed as the greater economic threat since failing to suspend or raise the U.S. borrowing limit would result in a first-ever default and untold economic havoc.

Raising or suspending the debt ceiling does not authorize new federal spending, but rather allows the Treasury to honor debts already incurred during the Trump and Biden administrations. Even if the Biden administration had passed no new spending initiatives in 2021, lawmakers would still have to raise or suspend the ceiling.

Republicans approved three such debt ceiling increases or suspensions during the Trump administration, under which the national debt rose by roughly $8 trillion.