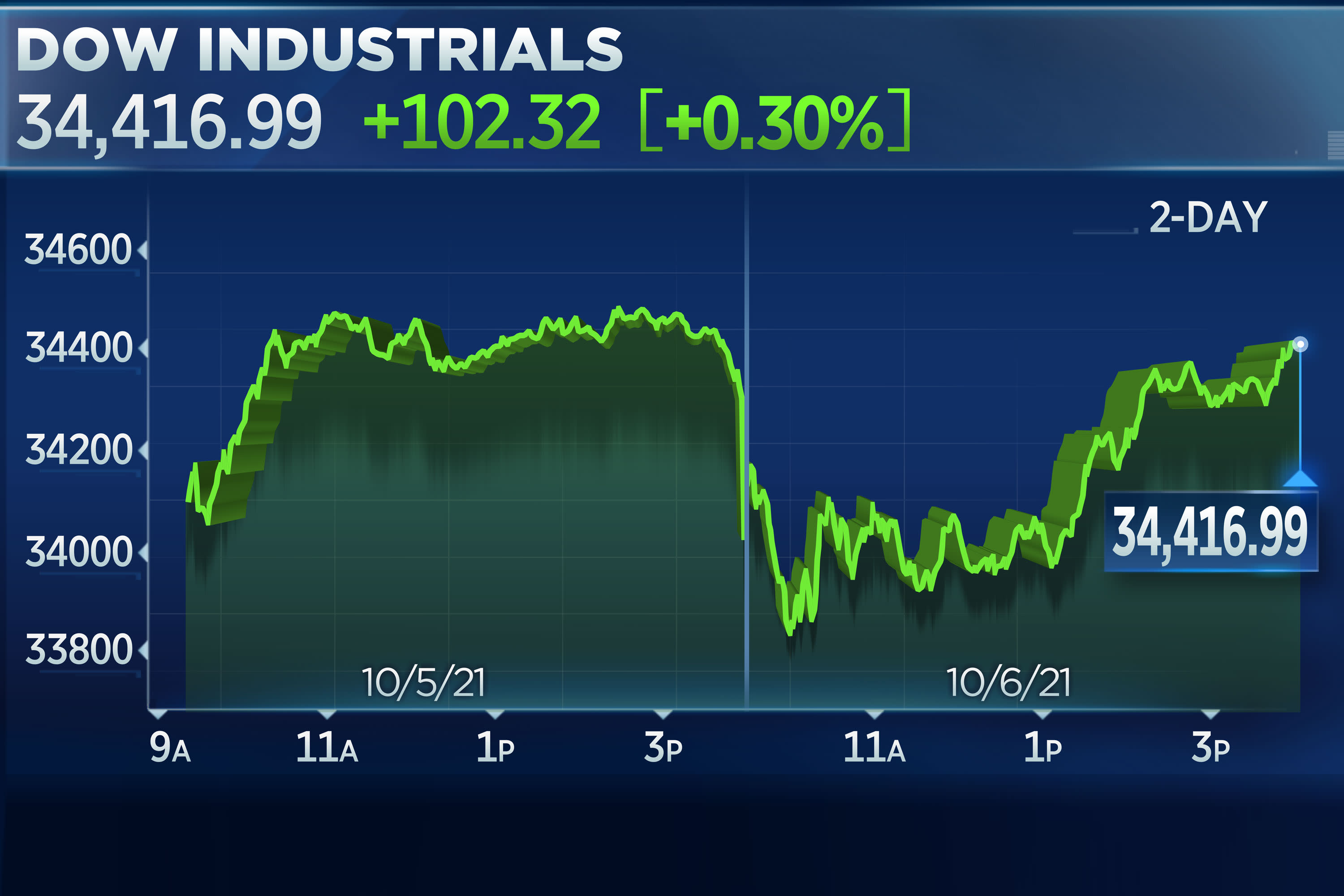 Stocks staged a comeback on Wednesday as investors grew optimistic about a debt ceiling deal and bought into technology stocks.

Stocks reversed course on news that Senate Minority Leader Mitch McConnell told a closed meeting of Republicans that he would offer a short-term debt ceiling extension later Wednesday. That would help relieve some pressure on Congress to avoid a U.S. default currently expected on Oct. 18.

“To protect the American people from a near-term Democrat-created crisis, we will also allow Democrats to use normal procedures to pass an emergency debt limit extension at a fixed dollar amount to cover current spending levels into December,” he said in a statement posted to Twitter.

Investors bought the dip in some key technology stocks. Microsoft rose 1.5%, Amazon gained nearly 1.3%, and Nvidia popped 1.2%. Alphabet also advanced 1.1%. All of the so-called FAANG stocks closed in the green.

“High growth works. And when you have these dips you buy,” he said on “Squawk Box.”

October continued its volatility on Wednesday amid concerns about rising rates, higher inflation, the state of the reopening and the debt limit. So far in the three prior trading sessions of October, the Dow has gained 483 points, lost 324 points and on Tuesday, jumped 312 points. On Wednesday, the Dow swung more than 550 points.

“Well, October is sure living up to its reputation as the most volatile month of the year. We expect the October roller-coaster market to stick around for a bit longer,” said Ryan Detrick of LPL Financial.

Recent increases in energy prices and interest rates are raising concerns about higher costs for consumers and companies. The 10-year Treasury yield was flat Wednesday around 1.52%, after topping 1.56% last week. Oil prices hit the highest since 2014 this week with WTI crude oil nearly topping $80 a barrel.

September’s ADP report showed that private companies hired at a faster clip than expected last month, despite worries about the delta variant. Private jobs rose by 568,000 for the month, better than the Dow Jones estimate from economists of 425,000.

Wednesday’s report initially sent bond yields higher, unnerving investors about rates and inflation and how soon the Federal Reserve will begin removing policy stimulus. The report could set the tone ahead of the closely followed nonfarm payrolls report on Friday from the Labor Department.