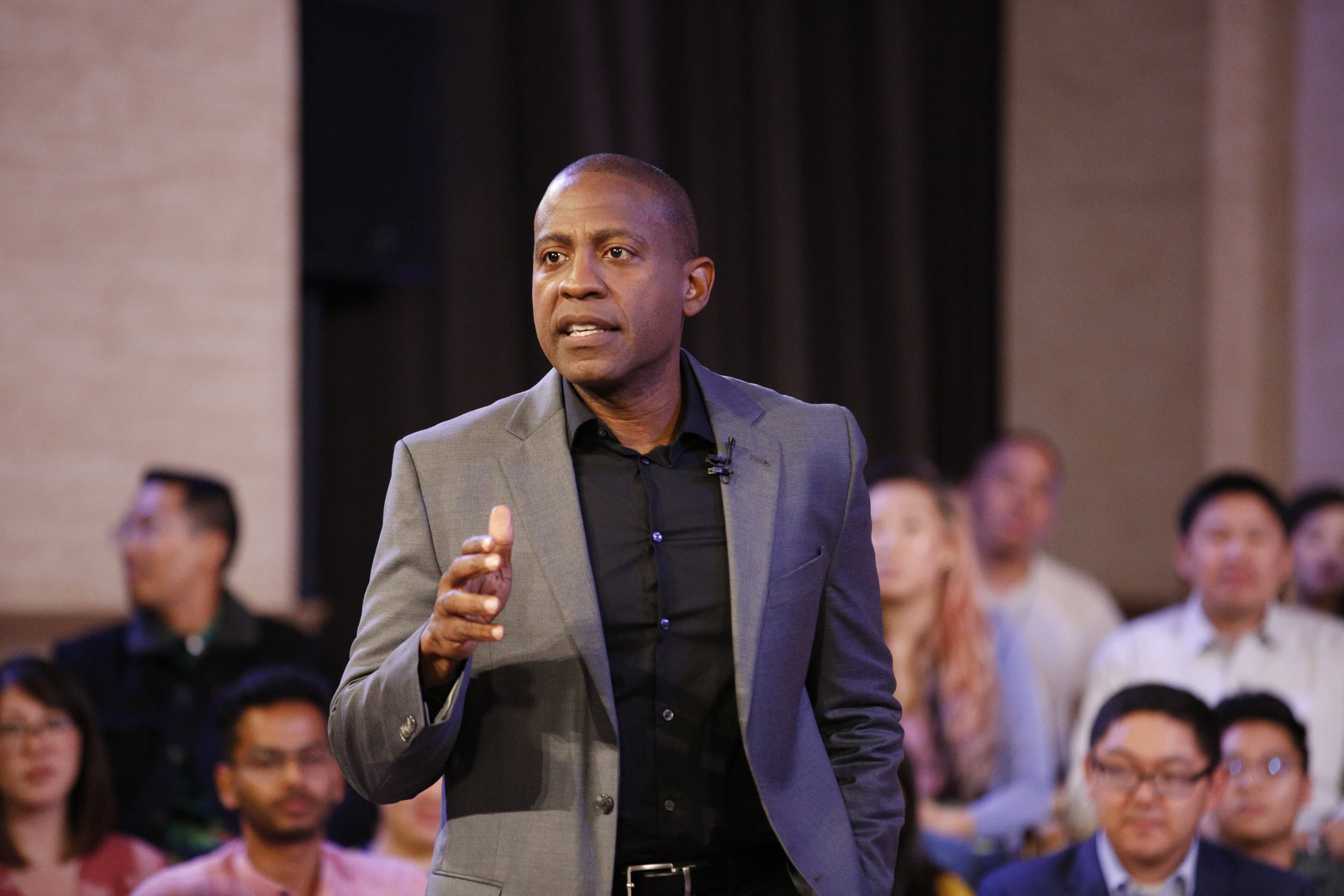 Carlos Watson records a TV debate for Take On America With OZY at The Bently Reserve on October 29, 2018 in San Francisco, California.

Several former employees of Ozy Media say there is no evidence that the millions of dollars the company received through a federal Covid relief program to protect paychecks ever went to save jobs or boost pay.

Ozy, which has come under scrutiny after numerous reports detailing questionable business tactics, applied for two loans through a program called the Paycheck Protection Program, or PPP, according to the Small Business Administration’s website.

Ozy’s first loan, for $3.75 million, was approved in April 2020, a month after the U.S. government passed a $2 trillion coronavirus relief bill. The company was approved for another $2 million in February 2021.

It is unclear how Ozy used the PPP funds. Ozy Media’s co-founder and CEO, Carlos Watson, did not return multiple emails with specific questions about how the company used the money or who decided how the money would be used. Nor did he answer a question about why Ozy applied for the second loan. The company claimed it had $50 million in revenue in 2020. It laid off several staffers and cut salaries earlier that year.

Ozy announced it was shutting its doors last week after a series of reports cast doubt on the company’s business practices. The New York Times detailed an event from February — the same month Ozy received its second PPP loan — where co-founder and Chief Operating Officer Samir Rao impersonated a YouTube executive on a conference call with Goldman Sachs in hopes of securing a $40 million investment.

During an interview on the syndicated radio program “The Breakfast Club” on Tuesday, Watson said he has asked Rao to step down, despite claiming the incident stemmed from a “mental health issue.”

While it wasn’t uncommon for media companies to participate in the PPP, Ozy specifically earmarked its loans for payroll. Full-time employees who worked for Ozy told CNBC that they had no idea where the money went and that it didn’t go to restoring their salaries after they took pay cuts.

“No one to my knowledge, and I’m talking to at least 10 people. No one had anything returned to them by way of salary post them receiving these PPP loans,” according to a former employee who left Ozy earlier this year.

“I must’ve followed up with Samir [Rao] four to six times,” said another with respect to reinstating salary. “It was disheartening. You work so hard and give your life to this company, to be dismissed and disrespected.”

The former Ozy employees who talked to CNBC worked in various departments across the company. They spoke on the condition of anonymity to discuss private matters and in order to avoid retribution.

Watson told Axios in January 2021 — one month before taking the second PPP loan — that his company was profitable for the first time in 2020 after taking in $50 million in revenue. The Times first reported Ozy has inflated its traffic numbers and has a history of overstating its success. Watson told CNBC earlier this week that Ozy overmarketed itself about 20% of the time.

“That’s on me, and I own that,” Watson said Monday.

Axios first reported Ozy laid off around 20% of its staff in early 2020. The news outlet also reported Ozy implemented pay cuts of around 19%. CNBC has since learned some employees took even bigger reductions, including one person whose salary was cut by 35%, according to two people familiar with the matter.

Watson announced Monday that Ozy was planning to keep its doors open, just days after he told employees the company would close. Also on Monday, LifeLine Legacy Holdings, which claims to have invested $2 million in Ozy Media, filed a lawsuit against the company, alleging “fraudulent, deceptive and illegal conduct.”

Fortune reported Wednesday that Watson has reached out to employees asking them to return to Ozy.

The SBA website says Ozy’s PPP loans, which were officially distributed by the Silicon Valley Bank, are ongoing and each has “not yet been fully repaid or forgiven.” For its first loan, Ozy identified its industry as “custom computer programming services,” according to the SBA site. For the second loan, Ozy’s industry is described as “internet publishing and broadcasting and web search portals.”

Ozy claimed that the vast majority of the loan money would be used for payroll, and that the money helped the company retain 143 jobs, according to the February 2021 loan document. Watson said in Tuesday’s interview with “The Breakfast Club” that Ozy had “75-plus” full-time employees before Friday’s shutdown.

Watson also said in that interview he hasn’t taken a salary since the start of the pandemic in order to keep more people at his company employed.

Representatives for Ozy and Watson did not return requests for comment. Representatives for the Silicon Valley Bank referred questions about the loans to Ozy and declined to comment further. National Public Radio’s David Folkenflik tweeted Wednesday that Watson’s new spokesman, Phil Singer, had quit after just four days on the job.

Watson has talked to several outlets, including CNBC’s “Squawk Box,” since Ozy’s board told employees the company would close down, but he did not respond to multiple requests to comment on this article. CNBC also sent an extensive list of questions to Watson, who did not return a request for comment before publication.

A spokeswoman for the SBA would not comment on the loans to Ozy but did provide an explanation of how loans like these were provided.

“The PPP is a delegated lending process, where participating lenders act as an agent of the government to approve and disburse loans,” Shannon Giles, a spokeswoman for the SBA, told CNBC in an email Tuesday. “A participating lender submits a PPP loan application, which it has already approved, to the SBA for the federal guarantee. The SBA does not have details on PPP loan disbursements. That is a third-party transaction between lender and borrower. Each PPP-participating lender is to implement the program to its borrowers within its Congressionally granted rules and program guidelines.”

The 2020 loan came a year after Ozy Media was set to host its annual Ozy Fest in New York on Central Park’s Great Lawn. Although it eventually was canceled due to the heat that summer, The Times reported that top tickets for the event were selling at $400. The festival was set to feature music by John Legend, food by celebrity chefs including Rachael Ray and comedy by “Daily Show” host Trevor Noah.

CNBC’s Andrew Ross Sorkin directly asked Watson in 2019 how much the company had to pay the city of New York to host the extravaganza.

“You just say I’m with Andrew Ross Sorkin and everything works out, so it’s easy that way,” Watson replied. “One of the things that we’re really appreciative of is the city’s embraced it,” Watson added. He also said in that same interview they were expecting 100,000 people to attend the 2019 event.

In fact, Ozy paid the city at least up to $2 million for the use of Central Park’s Great Lawn, according to a person briefed on the matter. The company shelled out a similar amount on marketing the festival. It’s unclear what happened to that money after the event was canceled.

Former baseball superstar Alex Rodriguez, who appeared with Watson in the interview, suggested at the time that at least some festivalgoers would be privy to some sort of “swag.” When asked about that year’s “swag bag,” Watson said it included “unusual VR [virtual reality] headsets.”

Press representatives for Rodriguez have yet to respond to CNBC’s requests for comment.

Ozy Fest was also at the center of a legal headache for Watson that raised more questions about his company’s business model long after the matter was settled. Music industry legends Sharon and Ozzy Osbourne sued in 2017 over the name Ozy Fest, saying it was too close to the name of their music festival, Ozzfest. The sides eventually reached a settlement.

Then, in 2019, Watson claimed live on CNBC that Sharon and Ozzy Osbourne were friends and investors in his company after yearlong legal battle. Sharon Osbourne recently told CNBC they have never been friends with Watson or investors in Ozy Media. In an interview broadcast Monday on CNBC, Watson said that there was an agreement that the Osbournes would get around 50,000 Ozy shares as part of a settlement. Sharon Osbourne also called Watson a “shyster.”

Watson on Monday also disputed that he called Sharon Osbourne a friend.

The tape reveals that Watson did indeed describe the Osbournes as friends during the 2019 interview: “Fun fact: our friend Ozzy and Sharon sued us briefly, and then we decided to be friends and now they’re investors in Ozy.” 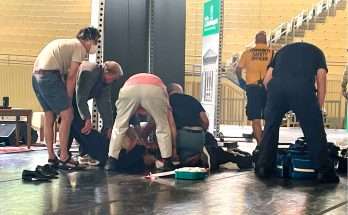 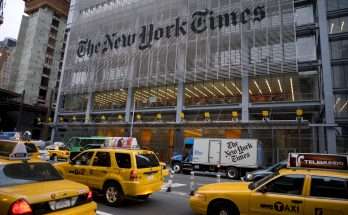 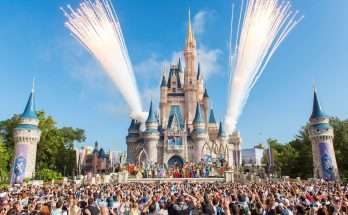 Disney is raising prices, but this time, don’t blame inflation