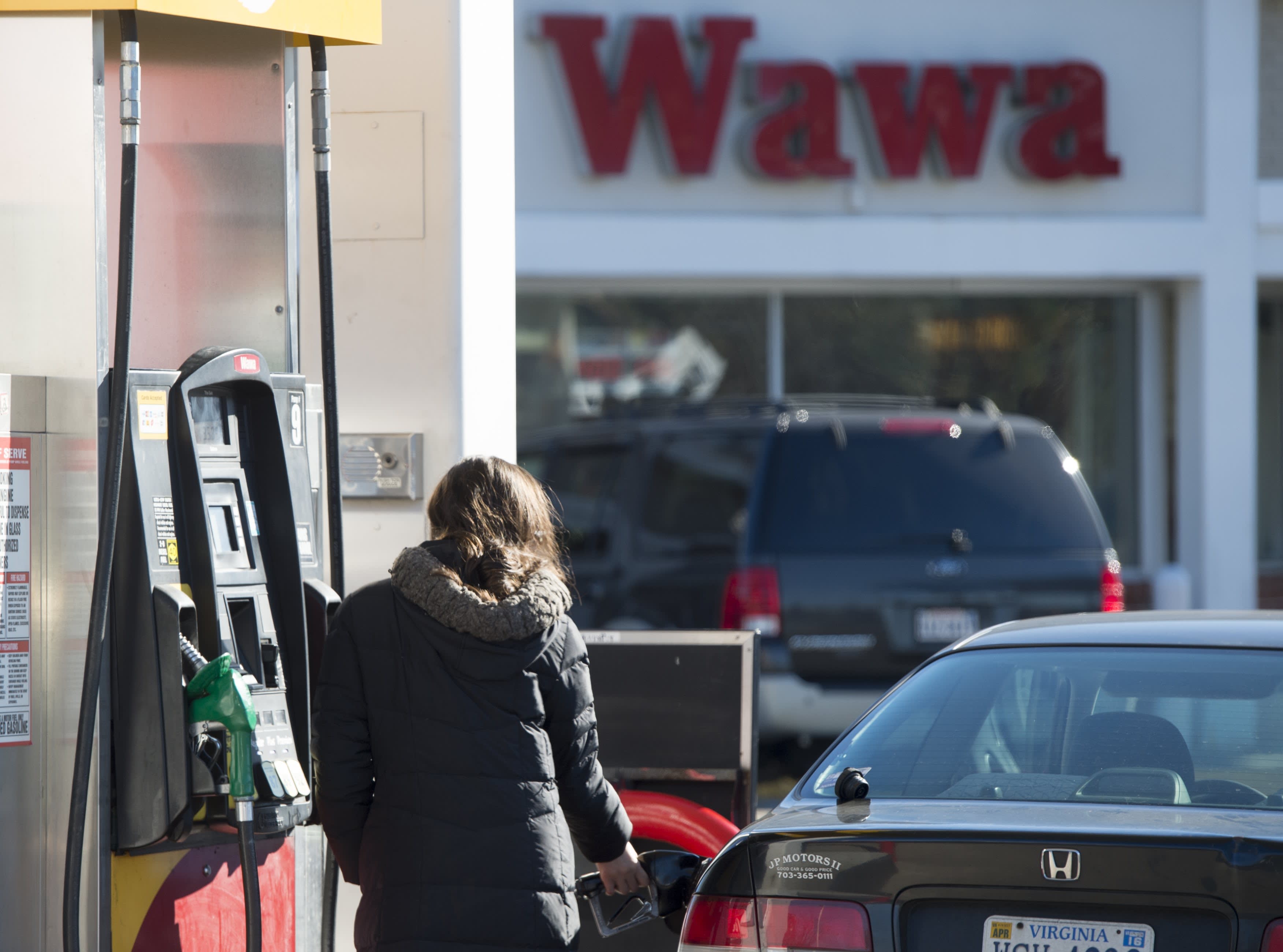 Energy prices are surging, and the economy is already feeling the pinch of higher fuel costs though it is far from stalling out.

There is an unusual coincidence of much higher oil, natural gas and coal prices, combined with other rising commodities and supply chain disruptions. That perfect storm of shortages and higher prices begs the question of whether the economy could go into a serious tailspin or even a recession.

Economists say, for now, the jump in prices is not the type of oil shock that will turn U.S. growth negative, but there will be economic consequences of higher energy costs, particularly in places like Europe where natural gas prices have skyrocketed.

“We do have a rise in energy that will be a drag on fourth quarter growth,” he added. “It’s not at a point where we’re warning about recession, but it’s at the point where you have to worry about it hurting growth in a material way.”

American consumers have already been paying up for gasoline, and heating and electricity costs could rise more this winter. Oil prices are up more than 65% this year so far, while natural gas prices have jumped more than 112% since January.

“We’re looking at GDP growth in the 4% to 6% range … We would have to see massive doubling and tripling of oil prices for it to have such a bad effect that we go … to negative growth,” said Anwiti Bahuguna, head of multi-asset strategy at Columbia Threadneedle.

Since last October, gasoline prices have risen about $1.10 per gallon, and are now at $3.27 per gallon of unleaded, according to AAA. Oil prices were depressed and even turned negative when the pandemic shut down the economy in 2020. Now, forecasts for $100 oil are getting more common, as West Texas Intermediate oil futures trade above $80 per barrel for the first time since 2014.

“What’s different about this is normally it’s oil that leads an energy crisis, but in this case it’s the tail that’s being wagged by natural gas, coal and renewables,” said Daniel Yergin, vice chairman of IHS Markit. “Oil is filling in to make up for the fact that [liquified natural gas] is maxed out and wind in Europe has been a lot lower than normal.”

Yergin said oil will likely remain under pressure, and within several months about 600,000 to 800,000 barrels a day could be used as a substitute for natural gas in Europe and Asia, where supplies are short. Oil can be substituted for electricity generation and in some manufacturing.

Citigroup forecasts a winter price shock that could see natural gas prices in Europe average over $30 per one million British thermal unit in the fourth quarter and over $32 in Asia. But Citi energy analysts also say if there is a very cold winter that could spike as high as $100 mmBtus, the equivalent of about a $580 barrel of oil. By comparison, U.S. natural gas futures are currently trading at $5.25 per mmBtu.

Coal prices have also been rising and supplies are short, creating a power supply crunch in China. The country burns coal to generate electricity, but the inventory at its power plants faced a 10-year low in August. That has also increased the demand for natural gas.

“While China unambiguously needs as much coal as it can get its hands on to avert a [fourth-quarter] slowdown due to the tyranny of rolling power shortages, geopolitical tensions with Australia have waylaid the most convenient source of high-calorific coal from Down Under,” Vishnu Varathan, head of economics and strategy for Asia and Oceania treasury department at Mizuho, said in a recent note.

Economists say the rise in energy prices would have to be sharper and much more prolonged to cause a recession.

Bernstein energy analysts looked at past periods where prices rose sharply, and found that recessions followed periods where energy costs were at 7% of global GDP, as they reached in October.

They note the probability of recession rises when the energy costs stay above that level for a period, greater than a year.

“While the recent spike in energy costs may prove transient, a protracted period of energy costs [greater than a year] or further rise in oil to over US$100/bbl could trigger a slowdown in global economic growth as disposable income gets squeezed,” Bernstein analysts wrote.

Even though the share of energy costs is the highest in nearly a decade, on an annual basis it is still 5.2% of GDP so far in 2021, and that is not yet a dangerous level, they added.

“Annual energy costs as a percentage of GDP are above the 30-year average of 4.4%, but below that of 1979 or 2008 when annual energy costs reached over 7% of GDP,” the Bernstein analysts wrote. “If energy prices rises prove to be transient, then the risk of an energy induced recession remains low.”

U.S. as a producer

Changes in the U.S. energy industry over the past two decades have provided some insulation from some of the current global energy crisis.

Mark Zandi, chief economist at Moody’s Analytics, said the hit from an energy price surge would not be all negative, since the U.S. is now a large energy producer. The U.S. produces about 11.3 million barrels a day, and exports oil and refined products.

Even with its huge production, the U.S. remains an importer of crude, bringing in an average 3.8 million barrels a day over four weeks, according to the latest Energy Information Administration weekly data.

The U.S. is providing natural gas to Europe and Asia, in the form of LNG exports, but U.S. gas prices are tied more to the domestic market and have been elevated because U.S. supplies remain lower than normal for this time of year.

Zandi said the dominance of the U.S. energy industry also has a positive impact on energy-producing parts of the economy as prices rise.

“That doesn’t mean that higher energy prices under certain scenarios wouldn’t cause a recession,” he said. “It’s just much less likely, and it would take much higher prices than it has in the past.”

Zandi said every penny increase in the cost of a gallon of gas costs U.S. consumers $1 billion. When it rises $1, as it has in the last year, that’s about $100 billion.

Another $1 jump would be harmful.

The immediate impact of higher energy costs is higher inflation, which creates a drag on consumer spending.

Kasman said the increase in energy prices, as of last week, would add about 2.5% to the consumer price index in the fourth quarter, if prices remain at that level. That could translate to a drag of a half percentage point or more on GDP, he noted.

“That is not small, but it’s not a recession,” he said. Kasman said he expects a pretty strong global economy next year, but the higher energy costs do raise concerns there could be an even big enough drag on purchasing power and that could chip away at growth.

Kasman said the impacts gets worse, the higher prices go. JPMorgan economists ran an analysis where they projected another 50% jump in energy prices.

“In this scenario, in which crude oil prices move quickly above US$100/bbl, the shock to US incomes is very large — as CPI inflation is pushed up by 10%-pts annualized — nearly twice the impact we estimate for the Euro area,” they said in a note. “While this scenario does not appear likely, it is important to recognize the threat posed by the combination of supply shocks now buffeting the global economy.”

JPMorgan forecasts fourth-quarter gross domestic product growth of 3.5%, and now expects the third quarter grew at a 4% pace, down from an earlier forecast of 8%. The firm expects average growth of 3.5% next year. They also forecast CPI gains to average more than 4% during the second half of the year.