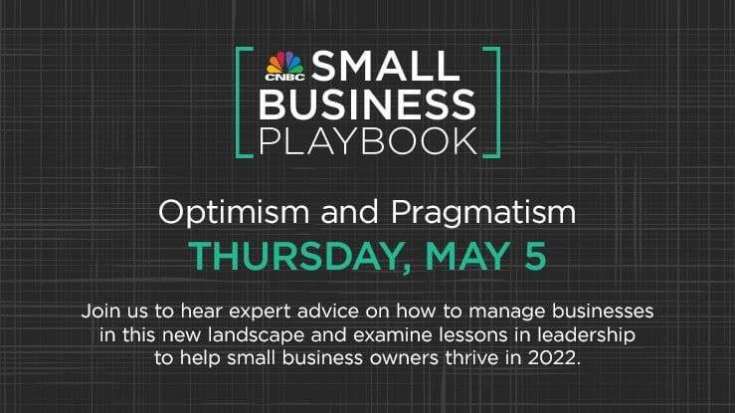 U.S. President Joe Biden delivers remarks on Russia’s attack on Ukraine, in the East Room of the White House in Washington, U.S., February 24, 2022.

As President Biden prepares to deliver his State of the Union address on Tuesday night amid a war in Ukraine that has enflamed global tensions, added to stock market volatility and increased inflationary pressures on the economy, small business owners are among the audiences that Biden needs to win back.

One-third (33%) of small business owners approve of the way Joe Biden is handling his job as president, while 67% disapprove, slightly lower than where his approval rating was in Q4 2021 and the lowest approval marks for the president since he took office.

While the small business community skews conservative overall and Biden’s approval rating is extremely low among Republicans (5%), in Q1 it slipped the most among small business owners who are Democrats (89% in Q4, 83% now). However, Biden’s approval increased among independents (33% in Q4, 42% now), which is in contrast to other recent public polling of Americans who don’t affiliate with either major party.

The survey was conducted among over 2,000 small business owners across the U.S. before the outbreak of war in Ukraine. The war will be a dominant theme in the speech, but with oil prices hitting a seven-year high on Tuesday and wheat prices surging to a level not seen since 2008 as a result of the conflict, Biden will also be pressed to address the inflationary pressures that were already sweeping through the small business sector and impacting business decisions and confidence on Main Street.

The White House has been signaling that in addition to a focus on Russia and Ukraine, President Biden will use the speech to make his case for a strong economy, while acknowledging inflation.

The White House highlighted paid leave mandates, a higher minimum wage, as well as its support for the labor union-supported Pro Act in an outline of economic priorities on Monday.

“Things have changed dramatically on the international front, which raises the stakes even more for the President at home,” said Karen Kerrigan, president & CEO of the Small Business & Entrepreneurship Council. “At a critical time such as as this, our President needs the confidence and support of the American people behind him.”

For the small business community, she said, this means a speech that addresses priority concerns like inflation, health care and healing the economy rather than major tax or regulatory policies that will drive costs higher or fuel inflation further for small businesses.

“The American people will hear a lot about how he’s going to lower their costs, how he’s going to continue to build a strong economy over the long term,” White House press secretary Jen Psaki said in an MSNBC interview this week.

He cited shippers as one example of an issue where Biden can reach out to small business, and the president is expected to highlight efforts to target the shipping industry. Trinh said tax fairness and a focus on large corporations remain an issue where progress is also possible to the benefit of small businesses.

“Small business are maybe not in an emergency situation like a year ago, but they are far from fully recovered,” Trinh said.

He and other small business experts cited support for small business health-care costs related to the Affordable Care Act legislation and tax credits as another area for bipartisan cooperation.

President Biden is expected to highlight a strong economy. An administration fact sheet ahead of the address emphasized that “entrepreneurship and business investment rebounded, the economy achieved its fastest job growth in American history, the fastest economic growth in nearly 40 years,” and that there was a “historic shift from the old, outdated trickle-down approach to one that centers on workers, families, and small businesses.”

But inflation remains the polling issue that dominates over broader economic gains.

“Inflation is an issue no incumbent administration wants in the headlines because they get blamed for it and can’t control it, certainly not in the short term,” said Charles Franklin, director of the Marquette Law School Poll. “It is also a great issue for the opposition party since no one likes inflation, they don’t have to have a specific ‘cure’ for it, and they can blame the incumbents.”

Jeff Jones, Gallup senior editor, said its data shows varying sentiment depending on the specific economic issue, such as jobs and the stock market, but overall views of the economy have turned more negative since inflation became a greater concern. “The job market is right up there with the best we’ve ever seen, so it is definitely a positive … but it looks to me like inflation is overshadowing everything else,” Jones said.

“Inflation is an effective issue for Republicans to seize upon to think ill of Biden while Democrats downplay it. But independents are quite concerned and that is a problem for Biden and for Democratic candidates,” Franklin said.

The most recent Quinnipiac poll released in mid-February found inflation topped the list of the “most urgent issues” facing the country, at 27%, and that independents were more closely aligned with Republicans on this issue. Among Republicans, 36% cited inflation, versus 13% of Democrats who cited inflation as the top concern. But among independents, inflation was also the top issue, at 32%.The Quinnipiac survey also found a majority of Americans expecting Russia to start a war.

The Quinnipiac polling finds that 6 in 10 Americans feel the economy is getting worse, even though the majority describe their financial condition as good or excellent. Nearly three-quarters, 72%, say increased prices on food and gas have caused them to change spending habits.

Similar to the CNBC survey, Biden’s approval rating on the economy in the Quinnipiac poll (33%) was the lowest it has been since he took office.

“It is up to him to re-set his policies and political strategy by working across the aisle and to govern as a moderate like he said he would when he ran for office,” Kerrigan said.