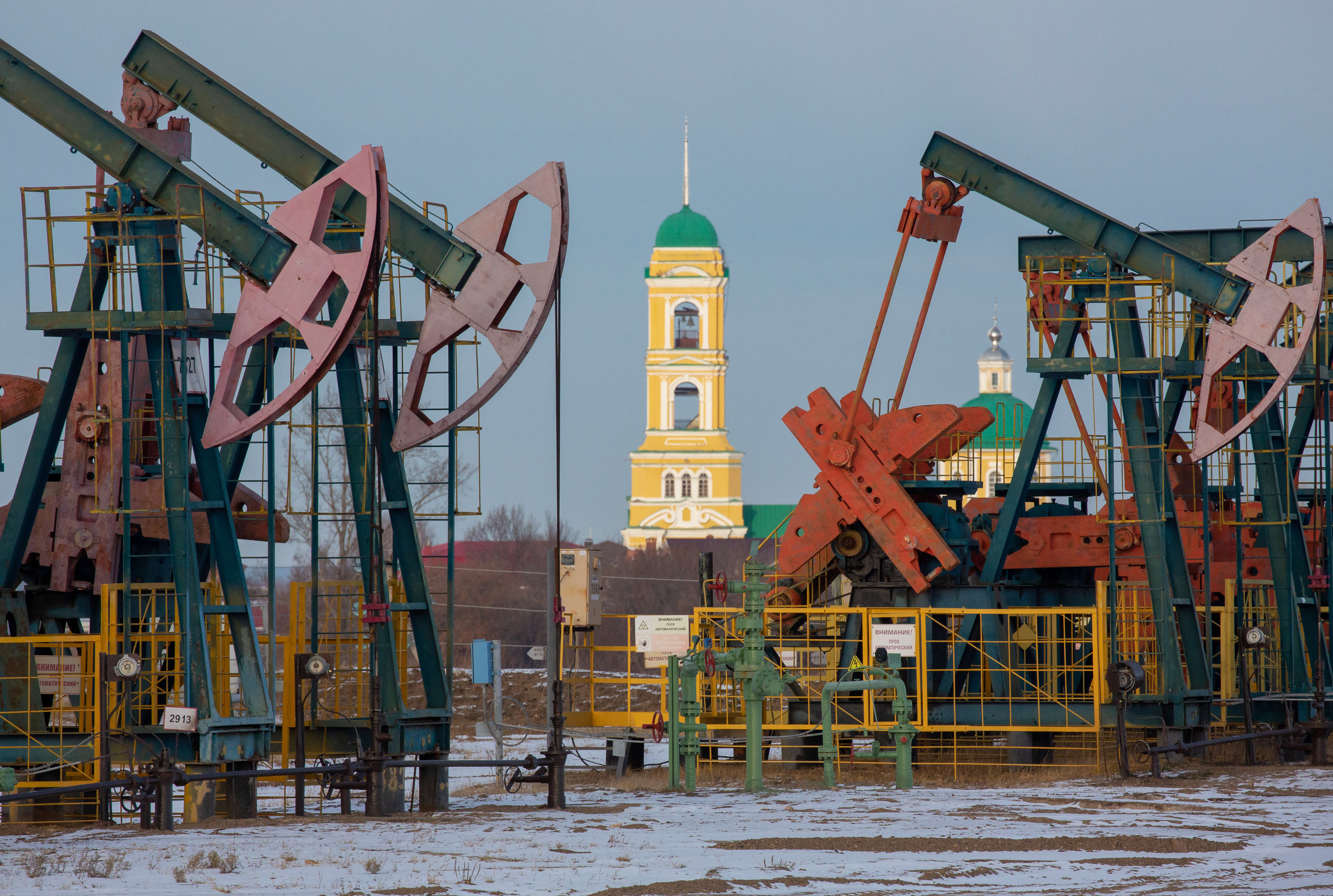 Oil prices surged Tuesday, with U.S. crude hitting its highest level since June 2014 as Russia bears down on Ukraine’s capital.

Oil pumping jacks, also known as “nodding donkeys”, in an oilfield near Neftekamsk, in the Republic of Bashkortostan, Russia, on Thursday, Nov. 19, 2020.

The International Energy Agency agreed Tuesday to release 60 million barrels of oil from global reserves, in an effort to ease some of the current supply constraints.

“The situation in energy markets is very serious and demands our full attention,” IEA executive director Fatih Birol said in a statement. “Global energy security is under threat, putting the world economy at risk during a fragile stage of the recovery.”

According to the agency, the 60 million barrel release accounts for 4% of members’ emergency stockpiles of 1.5 billion barrels. The coordinated drawdown is just the fourth such effort in the IEA’s history. As part of the effort the U.S. will release around 30 million barrels, the White House said in a statement.

Bob Yawger, director of the futures division at Mizuho Securities USA, noted that 60 million barrels does little to meaningfully move the needle and is not enough to absorb lost supply from Russia.

“60 million barrels isn’t that much. That’s the bottom line at the end of the day,” he said.

That said, Rebecca Babin, senior energy trader at CIBC Private Wealth, noted that while the move was expected it could offer a “modest buffer in the short term.”

“It is not meaningless, it simply pales in comparison to a true supply disruption from Russia,” she said.

On Monday, Canada said it was banning Russian oil imports, but so far it’s the only nation to target Russia’s energy complex directly. The financial sanctions imposed by the U.S. and Western allies could carve out room for energy payments to continue.

But the ripple effects are already showing. “Key European financiers to commodity trade houses have already begun curbing financing for commodities trades, and Chinese banks are also pulling back,” JPMorgan said Tuesday in a note to clients. “Current oil price differentials are reflecting a clear unwillingness to take Russian crude,” the firm added.

Ahead of Russia invading Ukraine the global oil market was already tight. Demand has bounced back, while supply has remained constrained. OPEC and its oil-producing allies, which includes Russia, will meet this week to discuss output for April.

Morgan Stanley raised its near-term oil price forecasts on Tuesday, saying the events in Ukraine have introduced a “risk premium in oil prices that is likely to remain in coming months.”

“Against a backdrop of market tightness, even small disruptions can have large price impacts,” the firm added.

Morgan Stanley now sees Brent averaging $110 in the second quarter, up from a prior forecast of $100. Under the firm’s bull case, prices will jump to $125 per barrel.

Americans are feeling the impacts of higher oil prices at the pump. The national average for a gallon of gas stood at $3.619 on Tuesday, according to data from AAA, up 24 cents from a month ago.