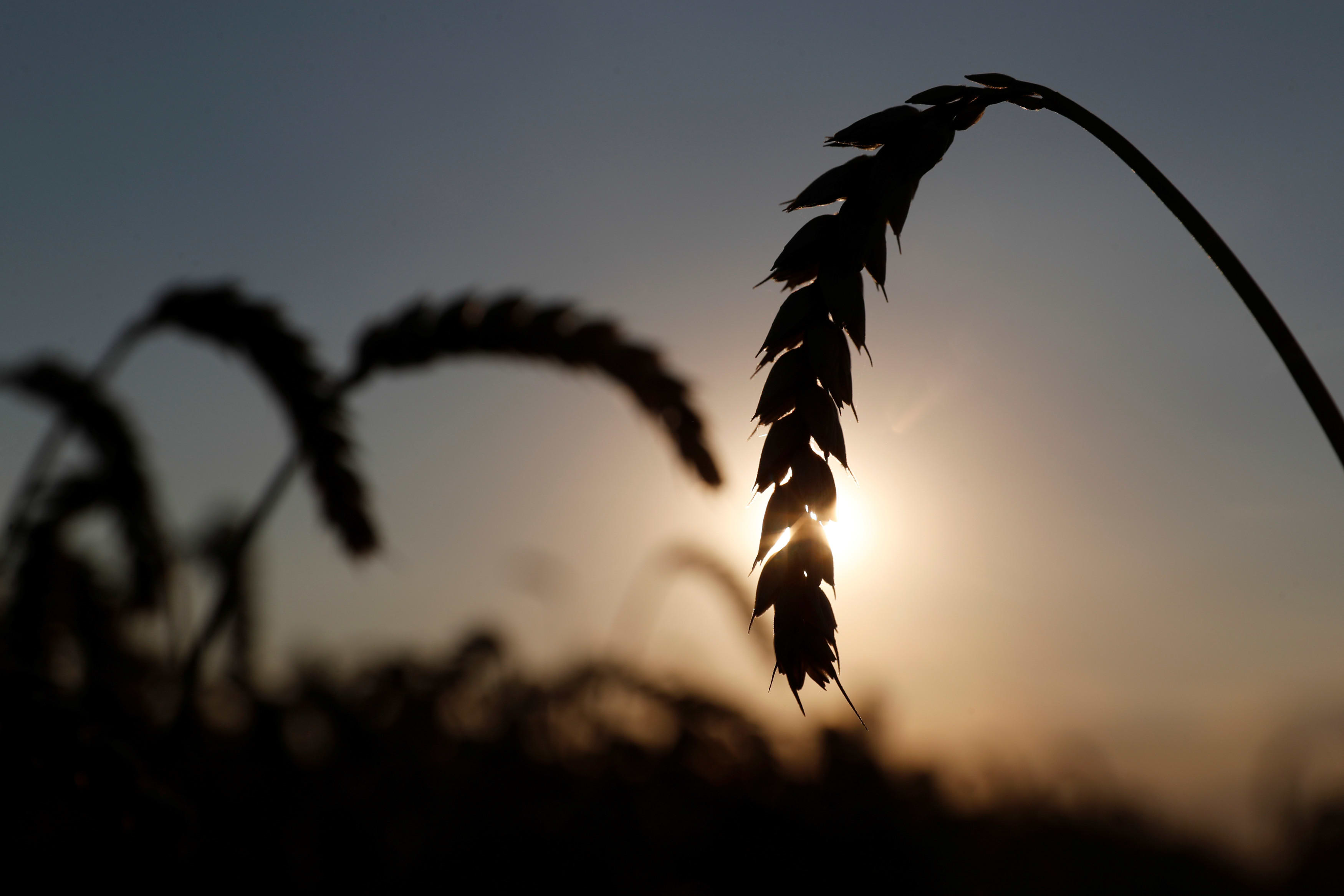 Ears of wheat are seen in a field near the village of Hrebeni in Kyiv region, Ukraine July 17, 2020.

The price of wheat on Tuesday climbed to its highest levels in more than a decade, with traders concerned about global supply disruption as Russia’s invasion of Ukraine advanced.

Wheat futures rose closed up 5.35% at 984 cents per bushel, at the highs of Tuesday’s session. That marks the highest price since April 4, 2008, when wheat traded as high as 985.5 cents per bushel.

The grain traded “limit up” during the day, meaning to the highest amount the price of a commodity is allowed to increase in a single day.

Russia is the largest exporter of wheat and Ukraine is among the four biggest exporters of the commodity, according to JPMorgan.

Of the 207 million ton international wheat trade, 17% comes from Russia and 12% comes from Ukraine, according to Bank of America.

“Wheat and corn are the most exposed agricultural markets to any potential escalation in tensions,” JPMorgan’s Marko Kolanovic said in a Feb. 14 note.

Corn futures on Tuesday also closed 5.07% higher at 725.75 cents per bushel, their highest level since May. Trading of corn futures was also halted.