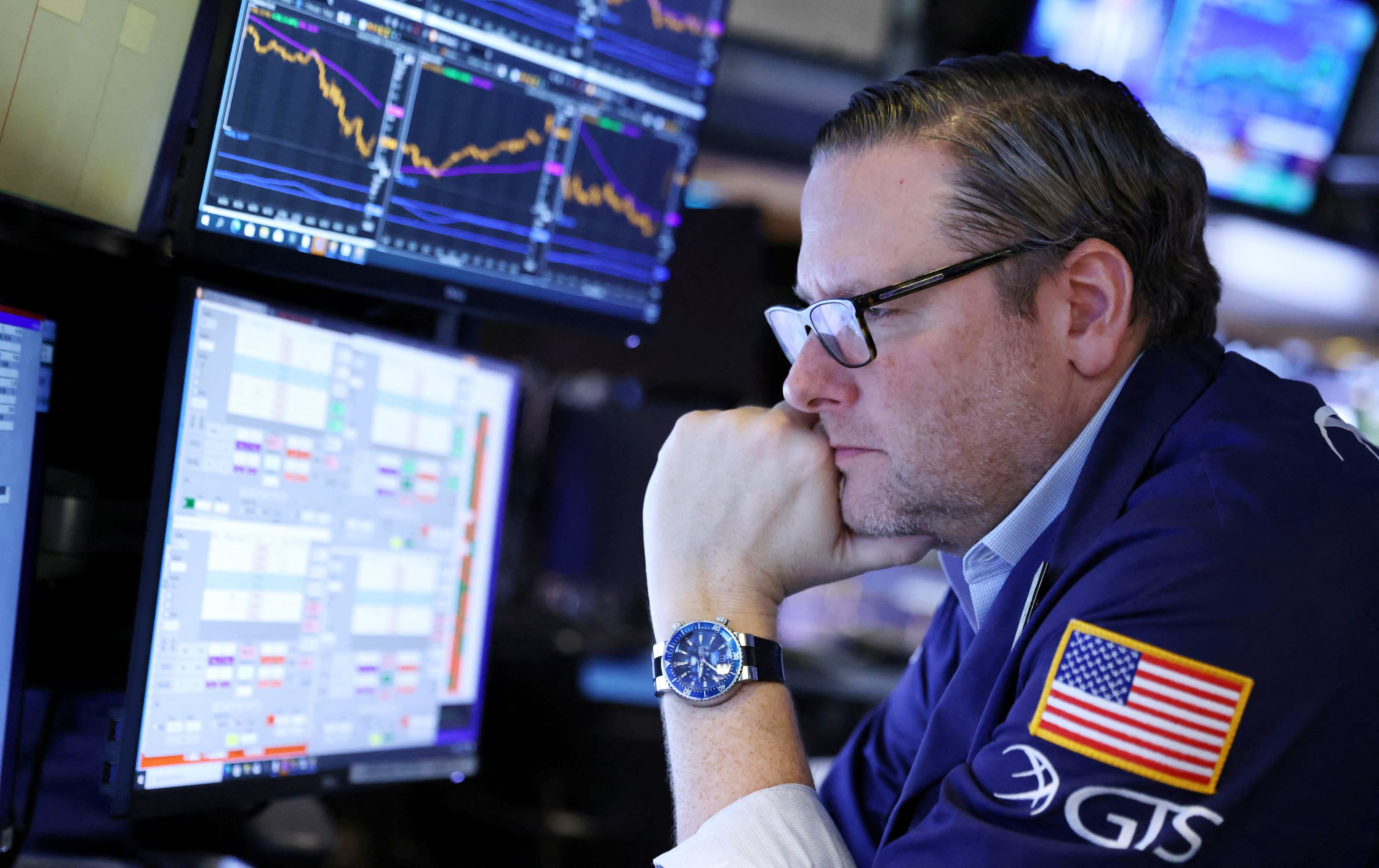 As the Russia- Ukraine war continues, investors are monitoring the potential economic ramifications of disruptions in the global supply of energy.

Overnight on Sunday, U.S. oil prices hit their highest level since 2008 amid an ongoing war between Russia and Ukraine. West Texas Intermediate crude futures, the U.S. oil benchmark hit $130 per barrel at one point before pulling back. WTI Crude were last up about 3.5% around $119 per barrel. The international benchmark, Brent crude, spiked to to $139.13 per barrel — its highest since July 2008 — before pulling back to around $123.

Meanwhile, bank stocks were among the biggest losers, on Monday with Citigroup down 1.8% and U.S. Bancorp down 3.9% as investors grew concerned about slowing economic growth.

McDonald’s, Starbucks and Nike fell on Monday on concern about $4 gas prices hitting consumers’ wallets. On Sunday, gas prices surged to their highest level since 2008, with the national average hitting $4.06 a gallon, according to AAA. Airlines, cruise lines and travel stocks decline for the same reason.

Bed, Bath & Beyond soared 34.2% after GameStop Chairman Ryan Cohen revealed he had a nearly 10% stake in the retailer, through his investment company RC Ventures.

Secretary of State Antony Blinken said Sunday that the U.S. and its allies are considering banning Russian oil and natural gas imports in response to the country’s attack on Ukraine.

House Speaker Nancy Pelosi also said in a letter to Democratic colleagues that the chamber is “exploring strong legislation” to ban the import of Russian oil — a move which would “further isolate Russia from the global economy.”

“The equity market is wrestling with the large commodity supply shock, including notably oil prices, and concerned that this could be morphing into a stagflationary shock instead of just an inflation shock,” said Kathy Bostjancic, chief U.S. economist at Oxford Economics. “Equities will be keying off changes in oil prices and the prospects of an oil embargo from Russia.”

Forecasters expect the U.S. will grow more slowly with higher inflation, Europe’s economy will toggle near recession and Russia’s GDP will experience a double-digit decline amid the geopolitical conflict.

The CNBC Rapid Update, the average of 14 forecasts for the U.S. economy, sees GDP rising by 3.2% this year, a modest 0.3% markdown from the February forecast.

Wall Street is already adjusting for the slower growth. Top strategists from Citi to UBS, Yardeni Research and Evercore ISI have lowered their U.S. equity outlook amid the geopolitical tensions. Long-time market bull Ed Yardeni has turned into one of the biggest bears on Wall Street, seeing the S&P 500 suffer a 16% decline in 2022 to end at 4,000.

Despite the move away from risk, government bond yields rose, indicating less demand for safe-haven assets. The benchmark 10-year Treasury note was most recently at 1.77%, up nearly 4 basis points on the session as inflation worries pushed yields up.

Positive data from the U.S. Labor Department wasn’t enough for investors to shrug off concerns about the war between Russia and Ukraine. On Friday, the Bureau of Labor Statistics reported the economy added 678,000 jobs in February. The monthly jobs gain topped economists’ expectations of 440,000 as gauged by Dow Jones. The unemployment rate slipped to 3.8%.

Last week, the Dow and S&P 500 slid about 1.3%. The Dow notched its fourth losing week. The Nasdaq Composite lost roughly 2.8%.

Several economic data reports are scheduled to be released throughout the coming week, including the Consumer Price Index for February, due Thursday. The key indicator is expected to show inflation rose 7.8% from a year ago.

Federal Reserve officials are in the quiet period ahead of next week’s policy meeting. The Federal Open Market Committee gathers March 15-16, when it is expected to approve a quarter-point increase for its benchmark short-term borrowing rate.