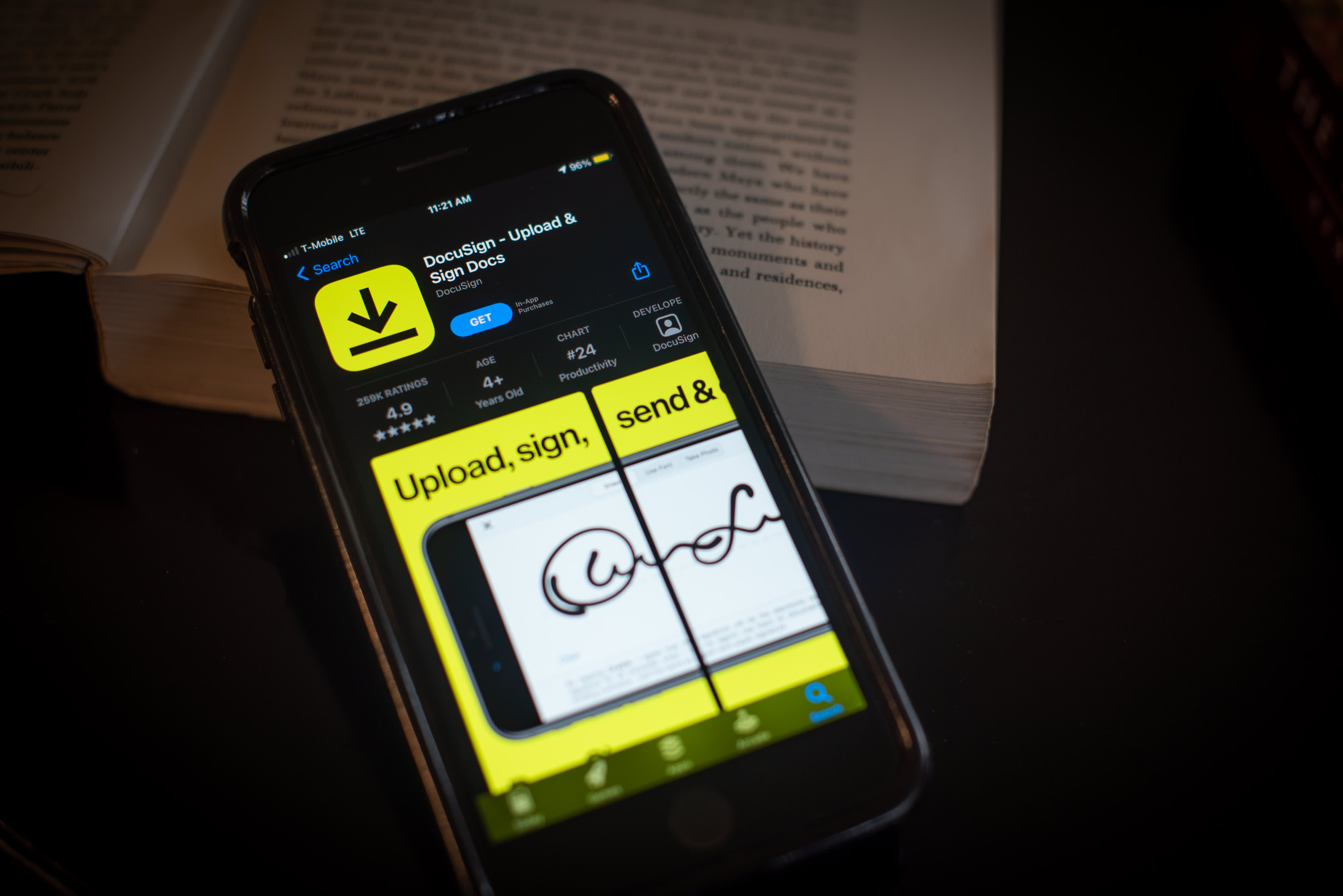 The Docusign Inc. application for download in the Apple App Store on a smartphone arranged in Dobbs Ferry, New York, U.S., on Thursday, April 1, 2021.

DocuSign — DocuSign plummeted 18% during extended trading on Thursday after issuing weak revenue guidance for the first quarter and fiscal year. The e-signature software maker beat analysts’ expectations on the top and bottom lines for the fourth quarter and announced a $200 million stock buyback.

Ulta Beauty — Shares of the retailer rose more than 1% in extended trading after beating revenue estimates for the fourth quarter. The company reported revenues of $2.73 billion, while analysts polled by Refinitiv expected $2.69 billion.