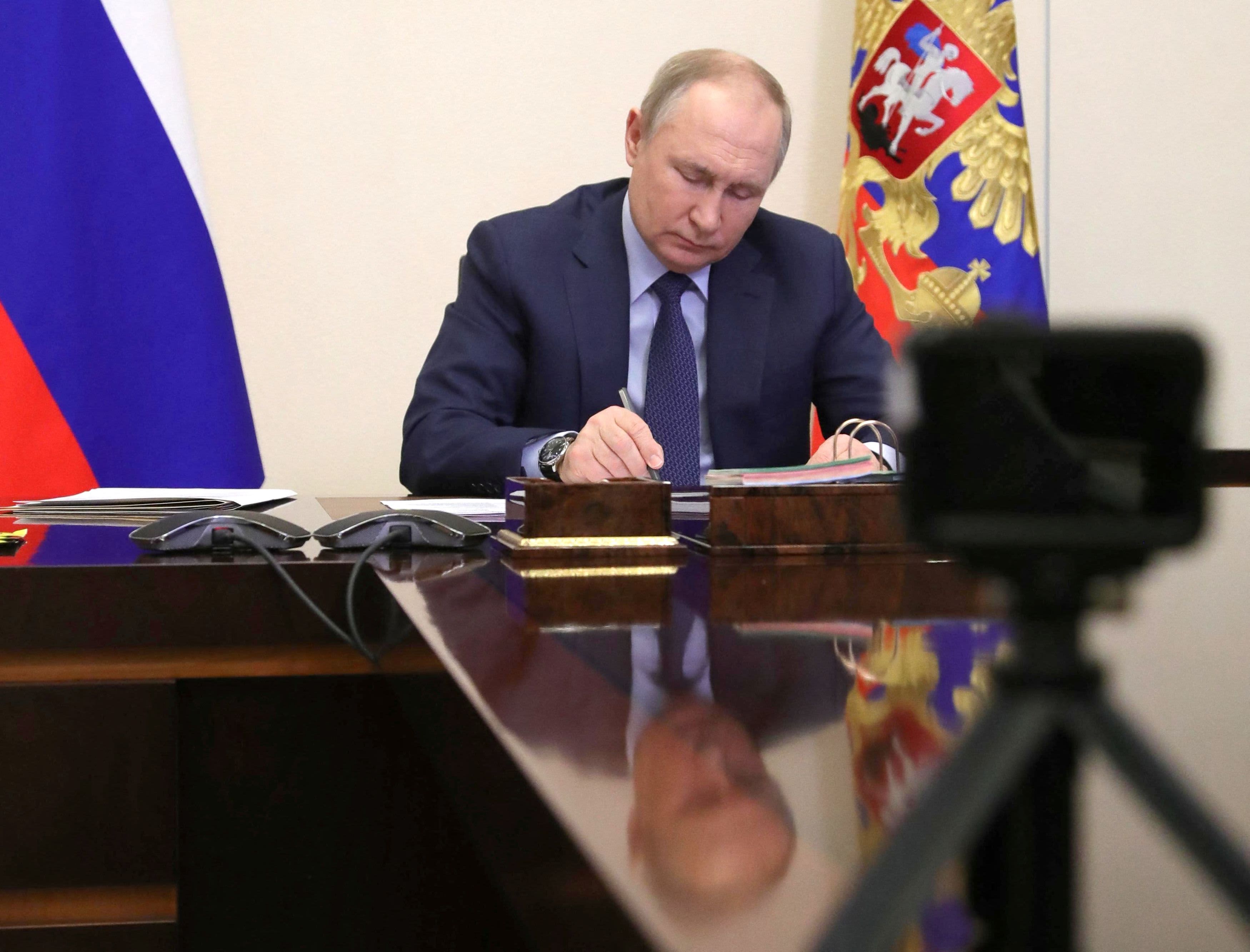 Germany has some advice for Russian President Vladimir Putin: think about the consequences of asking for energy payments in rubles.

Russia’s Putin said last week that “unfriendly” nations would be asked to pay for their natural gas in rubles — causing a spike in European gas prices.

By asking for payments in the Russian currency — rather than in dollars or euros, as is contracted — Putin is seeking to prop up the value of rubles, which sank in the wake of Russia’s invasion of Ukraine. The U.S. dollar is up almost 13% against the Russian ruble since Feb. 24, when Russia began its invasion of Ukraine, after spiking around 85% in early March.

However, Germany’s Finance Minister Christian Lindner said he would not be strong-armed by Russian demands.

“We are completely against any kind of blackmailing. These treaties are based on euro and [U.S.] dollar and so we suggest that private sector companies to pay [Russia] in euro or dollar,” Lindner told CNBC’s Annette Weisbach Monday.

“If Putin is not willing to accept this, it’s open to him to think about consequences,” he added.

Germany’s Chancellor Olaf Scholz said last week that paying for oil in rubles would be a breach of contract, and Italian officials also said they would not be paying in rubles as doing so would help Russia avoid Western sanctions over its invasion of Ukraine.

The region’s dependency on Russian energy has prevented the bloc from imposing an oil embargo on Moscow as part of its sanctions regime — in contrast the White House, which has banned Russian oil and gas imports.

The European Union has said it will overhaul its approach to Russian energy and reduce its long-standing dependency. A plan put forward earlier this month suggested to cut Russian gas imports by two-thirds before the end of the year.

“We will find solutions. We are working on less dependency on Russian imports and if [Putin] decides to cut his supplies, we would have to be even faster to be independent from Russia,” Lindner said.

The region is now scrambling to source its energy from elsewhere. The United States, for instance, announced Friday a new deal with the European Union to supply the bloc with 15 billion cubic meters of liquefied natural gas this year.