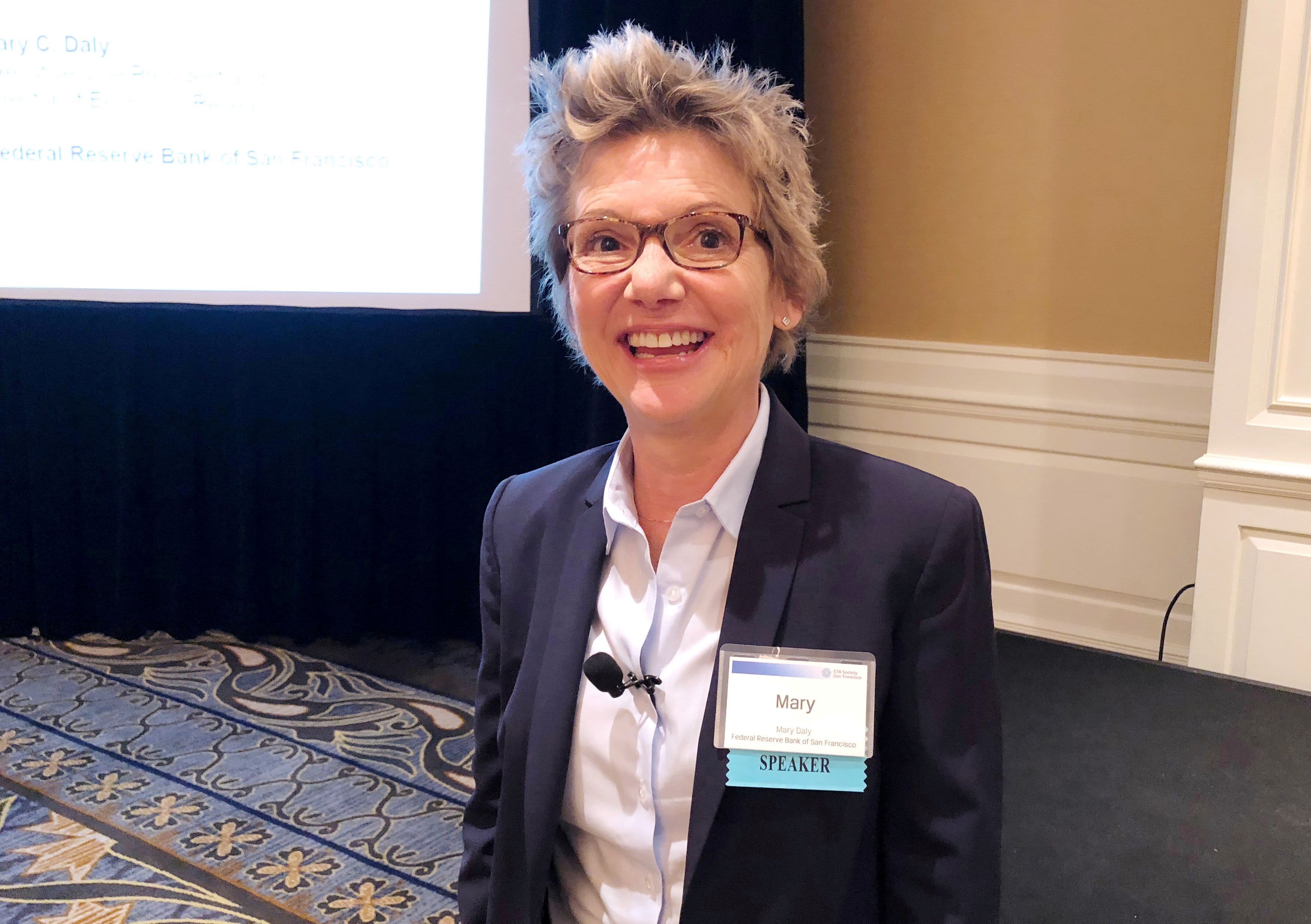 San Francisco Fed President Mary Daly is worried about inflation, telling an audience Tuesday that the high cost of living is causing a heavy burden on society.

“I understand that inflation is as harmful as not having a job,” she said, “that if you have a job and you can’t pay your bills, or I feel like I can’t save for what I need to do, then that’s keeping you up at night.”

“And our goal is to make sure that people don’t stay up worrying about whether their dollar today will be the same and worth a dollar tomorrow,” she said, during a session presented by the Native American Finance Officers Association.

Daly spoke as the Fed embarks on a policy tightening phase that will include higher interest rates and a reduction in the amount of bonds the central bank is holding. Fed officials hope that reversing the ultra-easy policies they put into place during the pandemic will help get inflation closer to their 2% longer-run goal.

The consumer price index, which measures a basket of dozens of common items, is running at a 7.9% rate over the past 12 months, the highest in more than 40 years.

While she didn’t specify how quickly she thinks the Fed will move, Daly said the efforts will have an impact.

“It will mean interest rates go up, making it harder to finance a car or a business,” she said.

“Most Americans, most people, most businesses, hopefully people in tribal nations, you all have confidence that we’re not going to let this go forever,” she added. “But if you don’t have that confidence, let me give it to you.”

Even with the higher rates, Daly said, she doesn’t see the economy entering recession, though she expects things to slow.

She said the economy “could teeter,” but “nothing that tips us into recession this year.”