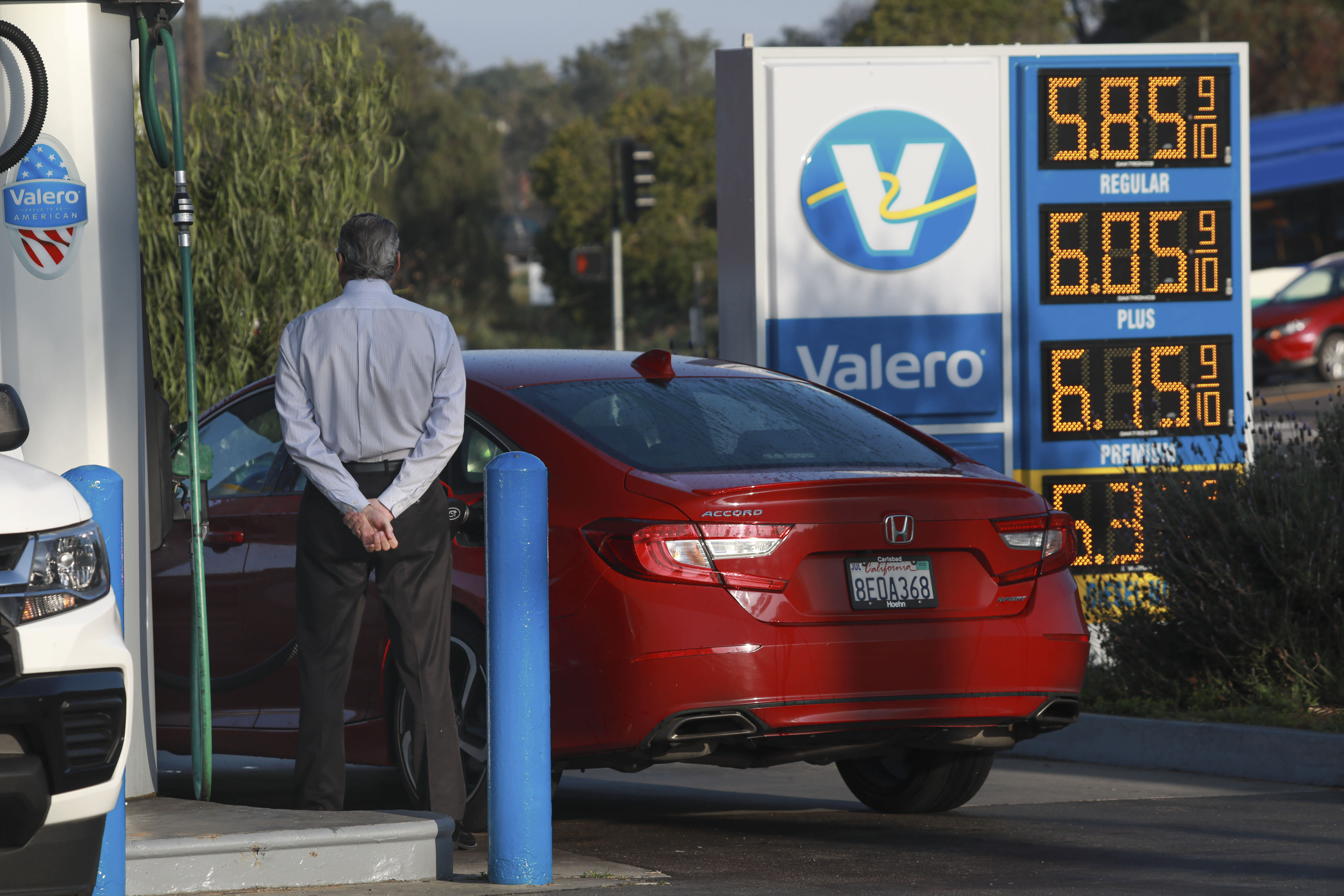 A motorist pumps gas at a Valero station along Encinitas Blvd in Encinitas, CA on Tuesday, April 5, 2022.

Consumers now see inflation hitting 6.6% over the next year, according to the New York Fed’s survey in March, released Monday. That’s a 10% increase in the median expectation just over the past month and the highest level in a series that dates to 2013.

The survey showed that median expectations over a three-year span actually decreased by 0.1 percentage point to 3.7%, largely due to a declining outlook from those with annual household incomes below $50,000.

However, uncertainty about inflation over both the one- and three-year spans showed record highs.

The data comes a day before the release of the March consumer price index, which is expected to show prices rising at an 8.4% pace over the past 12 months, according to Dow Jones estimates. If that forecast is accurate, it would be the highest number since December 1981.

To fight inflation, the Fed last month approved its first interest rate hike in more than three years. Additional increases are expected throughout the year as inflation runs well above the central bank’s longstanding target of 2%.

Consumers see the fastest increases coming from rent (10.2%), which accounts for about one-third of the CPI. Medical care, food and gasoline are expected to jump by 9.6%. The outlook for college costs decreased by 0.5 percentage point to 8.5%.

Anticipated wage gains held steady at 3%, while 36.2% said they think the unemployment rate will increase over the next year, the highest level since February 2021. Unemployment is currently at 3.6%, just above where it was prior to the Covid pandemic though labor force participation remains 1 percentage point lower.

Anxiety increased slightly over job stability, with the probability of losing one’s job over the next year rising to 11.1%, a 0.3 percentage point gain that is still well below the 13.8% pre-pandemic level.