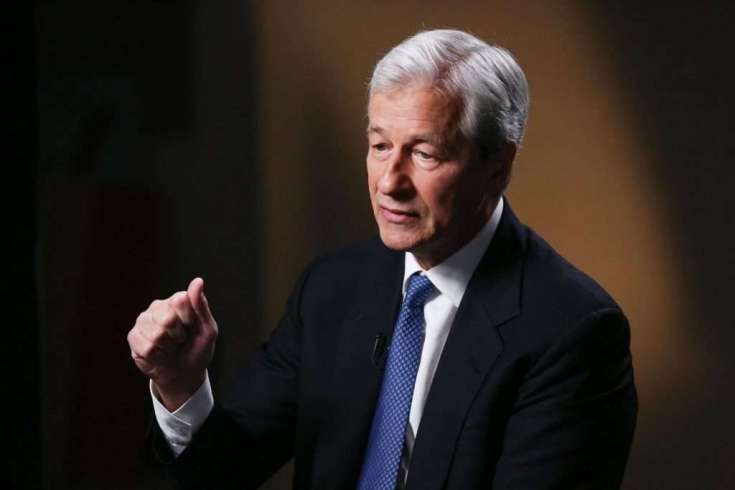 Profit fell 42% from a year earlier to $8.28 billion, or $2.63 a share, the New York-based bank said. Adjusted earnings of $2.76, which excludes the 13-cent impact tied to Russia, exceeded the $2.69 estimate of analysts surveyed by Refinitiv.

The quarter illustrated how quickly events have changed the industry’s outlook. A year ago, JPMorgan CEO Jamie Dimon predicted a long-running economic expansion and banks were reaping benefits as billions of dollars in loan loss reserves were released. Now, amid rampant inflation and the worst European conflict since World War II, Dimon called attention to the possibility of a recession ahead.

JPMorgan said it took a $902 million charge for building credit reserves for anticipated loan losses, compared with a $5.2 billion release a year earlier. The bank also booked $524 million in losses driven by markdowns and widening spreads after Russian’s invasion of its neighbor.

Combined, the two factors sapped 36 cents from the quarter’s earnings, the bank said.

Dimon said he built up credit reserves because of “higher probabilities of downside risk” in the U.S. economy, specifically from the impact of high inflation and the Ukraine conflict.

“We remain optimistic on the economy, at least for the short term – consumer and business balance sheets as well as consumer spending remain at healthy levels – but see significant geopolitical and economic challenges ahead due to high inflation, supply chain issues and the war in Ukraine,” Dimon said.

The bank’s provision for credit losses, which includes the $902 million reserve build, was $1.46 billion, more than double the $617.5 million expected by analysts.

JPMorgan, the biggest U.S. bank by assets, is closely watched for clues to how Wall Street fared during a tumultuous first quarter. On the one hand, investment banking fees were expected to plunge because of a slowdown in mergers, IPOs and debt issuance in the period. On the other hand, spikes in volatility and market dislocations caused by the Ukraine war may have benefited some fixed income desks.

That means there may be more winners and losers on Wall Street than usual this quarter: Firms that navigated the choppy markets well could exceed expectations after analysts slashed estimates in recent weeks, while others could disclose trading blowups.

JPMorgan said last month that its trading revenue dropped 10% through early March, but that turbulence tied to the Ukraine war and sanctions on Russia made further forecasts impossible.

“The markets are extremely treacherous at the moment; there’s a lot of uncertainty,” Troy Rohrbaugh, JPMorgan’s global markets chief, said during the March 8 conference.

Another area of focus for investors is how the industry is taking advantage of rising interest rates, which tend to fatten banks’ lending margins. Analysts also anticipate improving loan growth as Federal Reserve data show banks’ loans increased 8% in the first quarter, driven by commercial borrowers.

JPMorgan said last month that it was unwinding its Russia operations. Dimon said in his annual shareholder letter that while management isn’t worried about its Russia exposure, it could “still lose about $1 billion over time.”

During a call Wednesday with reporters, CFO Jeremy Barnum said there was roughly $600 million in Russia exposure remaining after taking the quarter’s hit.

Shares of JPMorgan have dropped 16.9% this year before Wednesday, worse than the 10.6% decline of the KBW Bank Index.