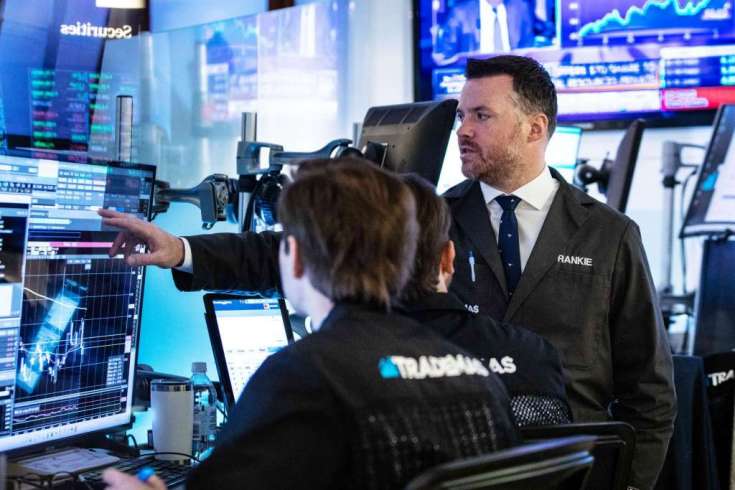 The S&P 500 suffered a five-day losing streak on Tuesday, dipping deeper into bear market territory. The equity benchmark has fallen more than 4% this week already and is now off over 22% from its all-time time hit in early January. The blue-chip Dow slid about 150 points Tuesday, also falling for a fifth straight day Tuesday. The Nasdaq Composite ended Tuesday slightly higher.

The rate-setting Federal Open Market Committee will conclude its two-day meeting on Wednesday. The market is betting on a more than 95% chance of a 75-basis-point rate hike, the biggest increase since 1994, according to the CME Group’s FedWatch tool. (1 basis point equals 0.01%)

The shift to price in a larger-than-usual rate hike came after headlines that Fed officials were contemplating such a move following a surprisingly hot inflation reading as well as worsening economic outlook.

“The change in the headline from 50 basis points to 75 basis points reflects a stark reality but it also reflects the Fed’s determination to underscore its commitment to its mandate to maintain price stability,” said Quincy Krosby, chief equity strategist at LPL Financial. “It’s neither a trial balloon nor a lead balloon — it’s reality.”

Fed Chair Jerome Powell will hold a press conference at 2:30 p.m. ET following the central bank’s policy decision. Investors will be monitoring his language and tone about the Fed’s tightening path forward. The central bank will also release its outlook for its benchmark rate, inflation and GDP.

Treasury yields have jumped dramatically this week in anticipation of the big rate hike. The two-year rate, most sensitive to changes in monetary policy, surged 40 basis points this week alone to hit its highest level since 2007. The benchmark 10-year yield popped more than 30 basis points to top 3.48%, a high not seen since April 2011.

Some notable investors believe the central bank can regain credibility by acting aggressively to show its seriousness in combating inflation.

The Fed “has allowed inflation to get out of control. Equity and credit markets have therefore lost confidence in the Fed,” wrote Pershing Square’s Bill Ackman in a tweet Tuesday. “Market confidence can be restored if the Fed takes aggressive action with 75 bps tomorrow and in July” and makes a commitment to aggressive increases until inflation “has been tamed.”