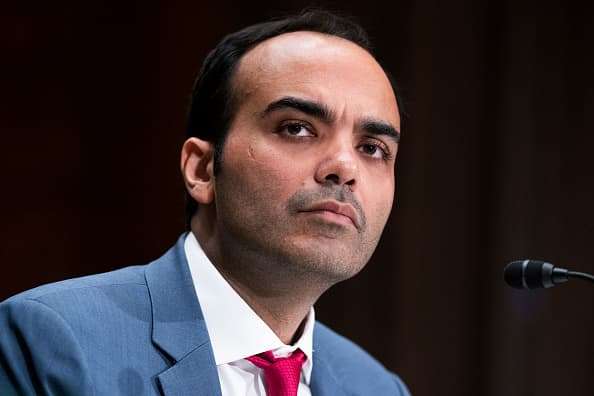 The Consumer Financial Protection Bureau signaled a crackdown on late fees charged by credit card companies on Wednesday, as inflation threatens to increase those so-called “junk” fees levied on consumers.

The watchdog, a federal agency created in the wake of the 2008 financial crisis, issued an advance notice of proposed rulemaking seeking information from card issuers, consumer groups and the public on late fees.

Public comments are due by July 22. Timing on a formal rule proposal (and ultimately a final rule) is unclear, but agency officials said they don’t expect the process to conclude before year end.

Officials expect changes to reduce total late fees by billions of dollars each year, they said Wednesday. They also signaled future regulations on other types of fees, without offering specifics.

More than 175 million Americans hold at least one credit card, according to the CFPB.

Companies generally levy late fees when a customer doesn’t make the minimum card payment by their due date.

In 2019, consumers paid $26 for each late payment, on average, according to the CFPB. The fee rises if another late payment is made within six billing cycles, to an average $34.

Total late fees amounted to $12 billion in 2020, down slightly from a $14 billion record set the prior year, the CFPB said in a recent report.

The costs disproportionately impact users in low-income and majority-Black neighborhoods, according to the regulator.

The watchdog characterizes late fees as a type of “junk” fee charged by credit card issuers. The agency had issued a separate request in January asking consumers for input on hidden and excessive fees from a range of lenders.

“This is just one project relating to one type of junk fee,” according to a CFPB official, who spoke on background. “I think it’s fair to say there will be other projects relating to other fees in the near future.”

Missing from this announcement is the fact that banks — more than any other industry — have taken concrete steps to make their products more affordable and accessible for millions of Americans.

president and CEO of the Consumer Bankers Association

Richard Hunt, president and CEO of the Consumer Bankers Association, said additional restrictions would harm customers and could ultimately push them to riskier types of credit.

“Today’s announcement is another reminder the Bureau appears more interested in advancing a particular agenda than developing fact-based policies that improve the lives of hardworking families,” Hunt said in a statement. “Missing from this announcement is the fact that banks — more than any other industry — have taken concrete steps to make their products more affordable and accessible for millions of Americans.”

What would the CFPB do?

Current law disallows credit card issuers from charging customers a fee for a late payment, except in certain cases. To levy a fee, the company must determine that the fee is a “reasonable” proportion of the total costs the company incurred to process a late payment.

But the law also offers a legal safety net: Issuers can generally avoid the cost analysis (and regulatory scrutiny) if they charge $30 or less for a late payment, and up to $41 for each subsequent late payment made within the next six billing cycles.

“In today’s advance notice of proposed rulemaking, the CFPB is asking for information on these fees in order to assess whether they really are reasonable and proportional,” Chopra said.

These maximum “safe harbor” fees are adjusted for inflation each year — giving urgency to the CFPB’s rulemaking at a time when consumer prices are rising at their fastest pace in about 40 years.

“This effort is particularly timely given the rule allows banks to increase their fees based on inflation,” according to a CFPB official. “Many [people] are struggling to make ends meet at the moment and struggling under higher costs.”

Most smaller banks and credit unions charge a maximum late fee of $25 or less, but almost all of the largest issuers have fees at or near the maximum allowed, according to CFPB data.

“The truth is that late fees have been capped by federal regulation since they were put in place by the Obama administration in 2010, and those caps have been updated annually by the CFPB including last fall,” Sarah Grano, a spokesperson for the American Bankers Association, said in an e-mailed statement. “In addition, the banks that issue credit cards are routinely supervised by the CFPB for compliance with those rules.”

Chopra questioned whether the cost to process late payments increases with inflation, or if it’s more reasonable to expect those costs to decrease due to improvements in technology.

However, Hunt of the Consumer Bankers Association framed inflation as a big reason why the CFPB should not impose additional rules on the industry.

“Imposing more restrictions on bank-offered credit products will hurt hardworking families most, forcing them to meet their needs outside of the well-supervised banking system,” Hunt said. “This risk is even greater now as families contend with the effects of inflation.”

The CFPB said it’s seeking information on the following points, among others: factors used by card issuers to set late fee amounts; companies’ costs and losses associated with late payments; the deterrent effects of late fees; cardholders’ late payment behavior; methods firms use to facilitate or encourage timely payments (like autopay and notifications); and their use of “safe harbor” provisions.