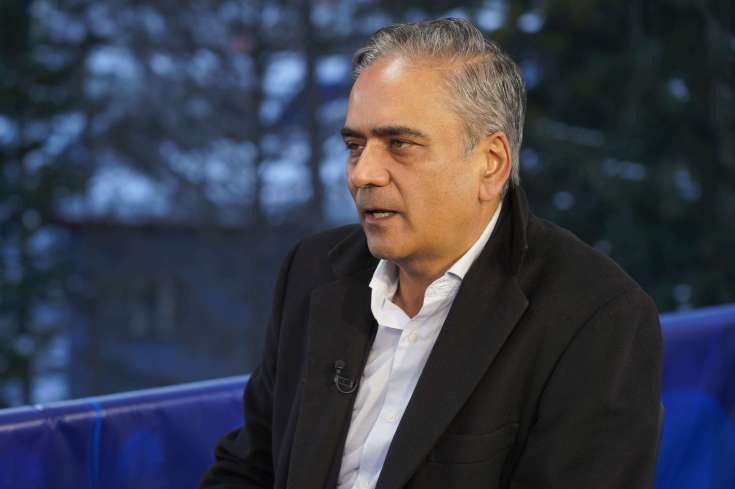 Jain Anshu, President of Cantor Fitzgerald appears on CNBC’s Squawk on the Street at the 2020 World Economic Forum in Davos, Switzerland on Jan. 22nd. 2020.

Anshu Jain, an Indian-born investment banker who rose to the role of co-CEO at Deutsche Bank, died last night after a long battle with cancer, his family announced in a statement Saturday. He was 59 years old.

Jain, who most recently served as the president of Cantor Fitzgerald, earned an MBA at the University of Massachusetts-Amherst and worked at several financial firms, including Merrill Lynch, before moving to Deutsche Bank. He served as co-CEO from 2012 to 2015.

Jain stepped down from his role at Deutsche before his contract ended after the bank was beset by a string of regulatory issues.

His other positions included a role as an advisor at fintech company SoFi from 2016 to 2017 and as a trustee of British charity Chance to Shine.

“He believed in hard work, meritocracy, operating outside of expectations or conventional boundaries, placing family first, standing by one’s roots (having turned away many attempts to Westernize him in an industry that was often homogenous), in speaking ‘at the margin’ rather than delivering plain facts, in wit and wordplay, in being nonmaterialistic, and in the importance of having broad-bandwidth and being a ‘scholar-athlete,'” his family said in a statement.

“We are grateful to the many people who cared for Anshu throughout his life. For us, his legacy is tenacity, honour, and love,” the statement said.

“Anshu was the consummate professional who brought a wealth of experience and wisdom to his role as President. He will be remembered as an extraordinary leader, partner, and dear friend who will be greatly missed by all of us and by all who knew him,” Lutnick said. “On behalf of all our partners and employees, we extend our deepest sympathies to Anshu’s family and wish them peace and healing during this difficult time.”

Correction: This article has been updated to delete a reference to Ajit Jain, who is not related to Anshu Jain.