BEIJING — A new game that’s gone viral in China hit people’s screens with surprising speed at a time when gaming giants such as NetEase have waited months for approval to launch games.

That’s because the new game, called Sheep a Sheep, sits inside ByteDance’s Douyin and Tencent’s messaging app WeChat as a mini-program. Users can play the game within the apps.

“WeChat and ByteDance don’t currently require a game license to publish their HTML5 games on their platforms,” said Rich Bishop, CEO of AppInChina, which publishes international software in China.

“But this is likely to change over the next few months as enforcement of existing regulations intensifies,” he said.

HTML5 games are built with coding tools similar to those used for websites and can be easily distributed across platforms.

WeChat and ByteDance did not respond to a CNBC request for comment.

Sheep a Sheep just went viral these past few days. Very fresh to everyone, especially regulators.

The company registered the game’s software in late July this year, according to business database Tianyancha. Weeks later in early September, Jianyou had launched the sheep game, according to posts on its official Weibo, a Twitter-like social media platform in China.

In contrast, NetEase’s first game approval in more than a year came 10 months after the company registered the software, according to Tianyancha data.

Beijing’s heightened scrutiny of the gaming industry meant the National Administration of Press and Publication stopped approving publishers’ new games between July 2021 and April 2022. A search for “sheep” on the approval list only yielded results for other games from the year 2018 or older.

The administration and Jianyou did not immediately respond to a request for comment. 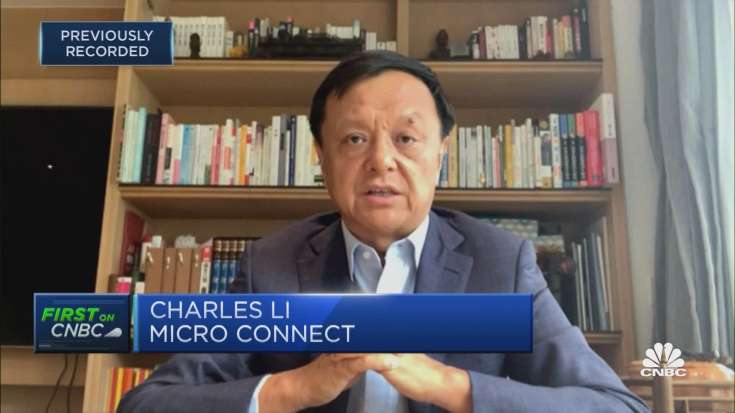 But it’s less clear what the rules are for games like Sheep a Sheep that are free to play and supported by advertisements.

A surge in social media attention around a long weekend in mid-September helped attract players —reportedly in the tens of millions — who were eager to win the game as soon as possible, even if they had to watch what in aggregate ended up to be hours of ads.

The impact isn’t that clear yet … People might lose interest in it just as fast as they were attracted.

The game is “completely free” to play, said Xiaofeng Wang, senior analyst at Forrester. “The only trick is you have to spend 30 seconds to watch a commercial.”

“For a developer it’s very cost-effective and I think they are generating revenue already,” she said. “Even [if] the popularity cannot last for a long time, it’s still a good thing, nothing to lose for them. They already gained a lot of out of this.”

WeChat mini-program games are not new.

Part of Sheep a Sheep’s allure is a sense of challenge — a puzzle the developer claims has a 0.1% success rate — and competition.

The game requires players to eliminate tiles of the same category in groups of three. People who succeed win a cartoon sheep that then joins a virtual herd based on the player’s region, thereby boosting the ranking of the player’s province.

“Many people have never [had] such game experience before,” Wang said. “From very, very easy to very, very difficult, they heard different people on social media talking about that, that generated a lot of curiosity, ‘Why is this so hard?’ That’s why it’s so unique.”

Anecdotally, the number of this reporter’s WeChat contacts who’d tried the mini-program game roughly tripled over one September weekend to nearly 300. The following weekend, two of six people on a bench in a Beijing subway car were seen playing the game.

“So the impact isn’t that clear yet,” he said. “People might lose interest in it just as fast as they were attracted.”