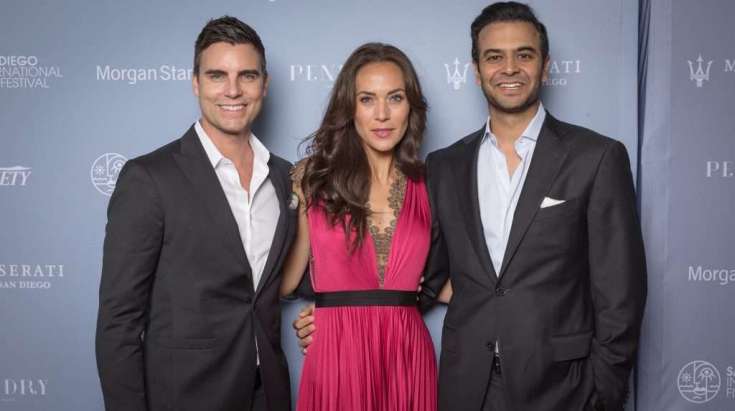 As a CEO, I feel it’s healthy to have hobbies which take your mind off the daily stresses of work. My hobby is writing. I spend lots of time on flights penning entrepreneurial articles and op-eds for CNBC and other media outlets. But here’s a secret: Over the years I’ve also written many (bad) movie screenplays, usually dark thrillers or comedies. As a lifelong film fan, it’s always been a dream to make a real movie, but for many reasons (I have a very busy job, and I have never made a feature film) everyone I told about this goal said it would be impossible.

Like many entrepreneurs, when someone assures me I can’t do something it adds rocket fuel to my desire to make it happen. So last year I decided to turn this bucket list dream into a reality, hoping the skills I gained building and selling companies would help.

I found a casting director and producer in Chicago who helped me make a plan. I would need to take three weeks of vacation, and under SAG union rules, we could shoot from Sunday through Thursday, so I would have Fridays to catch up on regular work (alas, there’s no such thing as a work-free vacation.)

Having hired many people over the years, I loved the casting process: gauge skill in auditions (i.e. interviews), but also try to understand who the person really is. I was thrilled with my cast, and amazed I could attract high-caliber talent who trusted me creatively.

“When the 40-person film crew with a fleet of trucks showed up outside my hi-rise condo building … my wife and two kids were forced to move into a hotel due to the shocking amount of equipment and people. Though I looked confident on the outside, internally I was definitely questioning my sanity,” says CEO by day and filmmaker by dream Ravin Gandhi.

Numbers are the language of entrepreneurship and investing, so budgeting was a snap. But there is an epic difference between line items on a spreadsheet and reality. When the 40-person film crew with a fleet of trucks showed up outside my hi-rise condo building (where I had set much of my movie), my wife and two kids were forced to move into a hotel due to the shocking amount of equipment and people. Though I looked confident on the outside, internally I was definitely questioning my sanity.

On set, I was besieged with literally hundreds of questions each day. While all leaders and CEO’s are used to making non-stop decisions under severe time pressure, I learned directing a film is particularly grueling and psychologically exhausting (especially when you stay up for 24 straight hours on a night shoot, which we did a few times.)

I had a detailed plan, but as days blurred together, I was reminded of Mike Tyson’s sage wisdom: “Everyone has a plan until they get punched in the mouth.”

It’s true in the companies I built, and it was true as we filmed in our Chicago neighborhood, in the offices of friends, GMM clients, and our favorite Italian restaurant Pelago. What’s the answer? Figure it out, deal with it, don’t complain, keep focus, and move on.

While I am used to managing people (my company has almost 300 employees), there can be huge stress on a film set and people sometimes lose it. This certainly happens in companies, and my experience helped cool emotions and set a positive tone even when I was really frustrated. A more important peacemaker? Having good catering 24/7.

Against the odds, we got the movie in the can in 21 days and I (happily) went back to work. While my editor assembled the film, I told almost no one about this project, because, for one, I was certain nobody would possibly see the movie, and, second, the idea of a “business guy” dabbling in the arts is a Hollywood cliché, which made me insecure — was this a hobby, or a midlife crisis?

But the film “100 Days to Live” was one of 107 movies chosen for the 2019 San Diego International Film Festival out of over 3,000 entries. It was surreal for myself and the cast to see our little movie play on huge movie screens with packed audiences.

More shockingly, we won Best World Premiere, one of the top festival awards, and Best First-Time director, beating out “real Hollywood” movies with big-name actors and large budgets. When I walked up to the stage, Laurence Fishburne (who I had met earlier in the evening) stood up and gave me a hug, and this lifelong “business guy” felt like Neo taking the red pill making a speech as a “filmmaker.”

Like many start-ups that get a little traction and buzz, our story gets even crazier.

Our festival success led to a number of interested buyers, and amazingly culminated with Cinedigm acquiring the film. The U.S. premiere is slated for early 2021 on all major streaming platforms, and shortly thereafter will be available in over 50 countries.

You can click the video below to see the trailer of 100 Days to Live, or go to the the film’s IMDB page:

Spoiler alert: it’s definitely not The Silence of the Lambs or Se7en — and if you think it’s the worst psychological thriller ever, it’s probably because the writer/director runs a nonstick coatings company by day. But the film will end up profitable, which is a Hollywood twist I would not have believed at the outset.

So are there any business or life lessons in this tale?

1. Always be willing to fail

In all entrepreneurial ventures (even a self-financed film), you must be willing to fail, perhaps very publicly. There is no getting around this. You must have faith in your hard work and let the experience be your reward regardless of what happens.

As a CEO or any type of leader, it’s quite likely you only do tasks you’re already really good at. As I grow older (I am 47) I see tremendous value in stretching myself in new directions outside of my comfort zone. I was humbled every day on the film set with what I did not know, and it was so refreshing to not be seen as an expert, and to learn so much from people far younger than myself.

Third, I believe that struggling a little bit (or in my case, a lot) activates parts of our brains that help you see the world in new ways. I have become a better CEO having had this crazy artistic experience because I feel wiser, more confident, and less judgmental. And like all “insane” ideas–absolutely nobody will believe you can do it, until you actually do it.

Many successful and ambitious people have huge goals that have nothing to do with their existing careers. If you have a dream to run a marathon, write a book, sell your artwork, start a nonprofit, go to medical school, seek elected office, coach a team, play in a band — anything outside of your existing identity that requires hard work and dedication, I encourage you to chase these passions. Life is short.

And by the way, I still love my day job — our business grew over 25% in 2019, and in September 2020 GMM recorded its highest monthly sales in company history. Will I ever make another film? I have no idea, but it was an incredible experience.

Ravin Gandhi is founder and CEO of GMM Nonstick Coatings, one of the largest suppliers of nonstick coatings to the $9 billion housewares industry. As a VC investor, Gandhi has stakes in KeyMe, Hester Biosciences, Ka-Pop Snacks, SenSanna, Apptronik, Amber Agriculture, Ampsy, Throne Labs, Tred, and Lettrs. 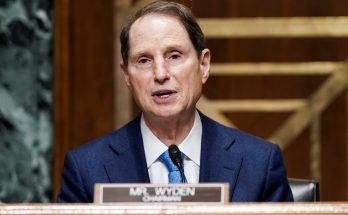 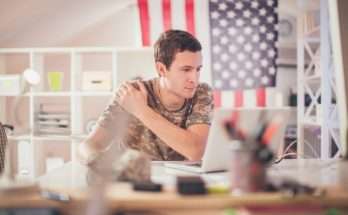