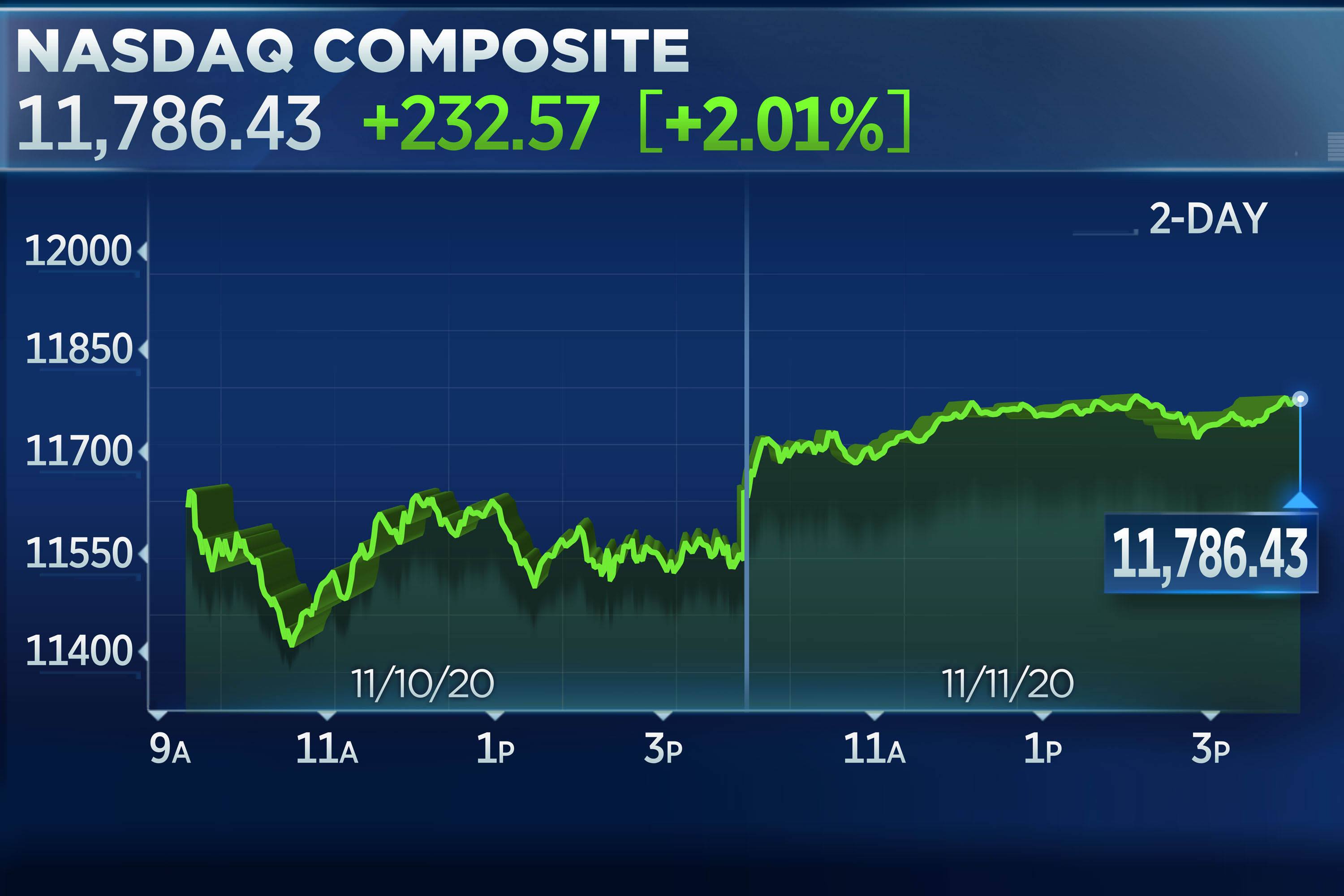 The S&P 500 and Nasdaq Composite rose on Wednesday as tech shares recovered some of their losses from earlier in the week at the expense of names who would benefit from an economic recovery.

American Express fell 4.2% to lead the Dow lower. Boeing and Disney both lost at least 3%.

Wednesday’s moves came after strong back-to-back strong sessions for the Dow that were sparked by Pfizer and BioNTech’s announcement about their more than 90% effective Covid-19 vaccine.

The news caused investors to move out of technology names and stay-at-home stocks and into cyclical stocks that hinge on a recovering economy.

“An abrupt macro positive shock such as we saw this week can lift all value stocks for a time,” Inigo Fraser-Jenkins, co-head of the portfolio strategy team at Bernstein, wrote in a note. “However, we think that the outlook for the next year has to be more nuanced.”

Fraser-Jenkins noted there is “still a greater longevity of growth” for major technology companies.

The best-performing sectors this week, energy and financials, lagged. Energy was down 0.8%, while financials lost 0.5%. Energy remains up more than 16% week to date despite Wednesday’s decline; financials are still 8.4% higher over that time period.

“What you saw this week really encapsulated what the market is focused on,” said Gregory Faranello, head of U.S. rates trading at AmeriVet Securities. “You certainly saw a dramatic reaction in the equity market, and the bond market was pulled into that as well.”

The bond market was closed Wednesday due to the Veterans Day holiday. Earlier this week, however, the 10-year Treasury yield hit its highest level since March as traders sold Treasurys.

The vaccine and antibody drug news comes as the United States once again topped its prior day record of daily new Covid-19 infections, on a seven-day average, while also crossing the bleak milestone of more than 10 million cases nationwide on Monday. The seven-day average of daily new cases Monday was 108,964, a 37% increase from a week ago, according to a CNBC analysis of data from Johns Hopkins University.