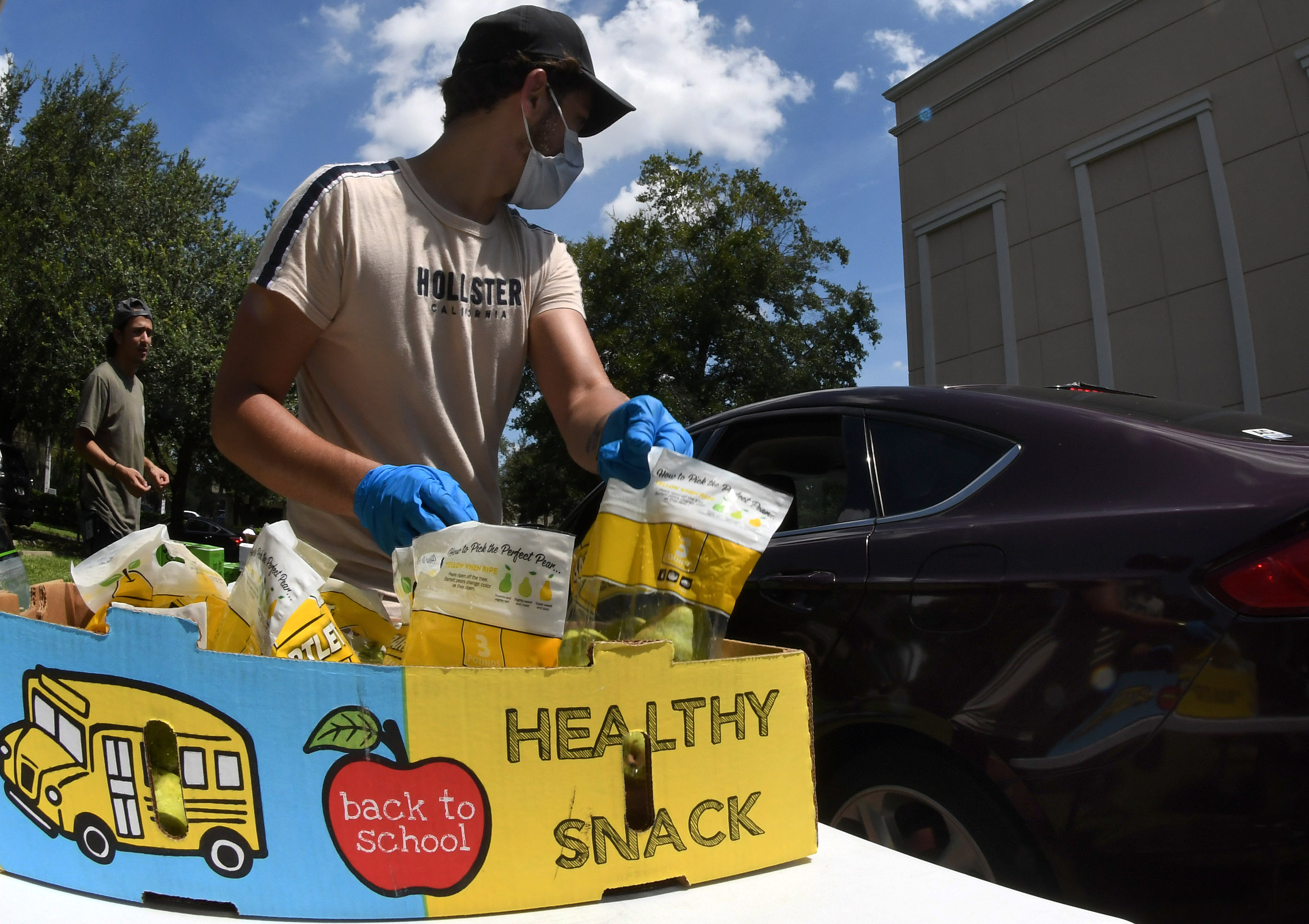 Volunteers distribute food to the needy in Orlando, Fla.

Continuing claims for unemployment benefits are the best available proxy for the total number of people receiving jobless aid. Claims have fallen by more than 10 million since the early summer.

There were around 21 million continuing claims through state and federal programs at the end of October, according to the Labor Department. That figure is elevated by historical standards, but down from nearly 33 million at the end of June.

A return to work likely accounts for a large portion of the decrease, said Susan Houseman, research director at the W.E. Upjohn Institute for Employment Research.

Other statistics seem to point to such a trend, she said.

For example, the U.S. unemployment rate fell to 6.9% in October — less than half the 14.7% peak at the height of the coronavirus-fueled downturn in April, according to the Bureau of Labor Statistics.

However, blind spots in the data make the extent of that positive impact unclear, experts said.

For one, workers are starting to exhaust their entitlement to unemployment benefits, Evermore said.

That’s true for self-employed and other workers in the Pandemic Unemployment Assistance program, for example, Evermore said.

These workers are generally eligible for up to 39 weeks of benefits dating back to the end of January. Such workers would have stopped getting aid around the end of October or early November.

Cracks in the system

“There are [also] tons of opportunities for people to fall off benefits,” Evermore said.

Most states pay up to six months of traditional state unemployment insurance. (Some pay less.) Workers that exhaust these benefits can transition into temporary programs that continue aid.

But shifting in and out of these choke points isn’t a seamless process, according to labor experts. Some states aren’t notifying workers of these programs or that they need to apply for the extra benefits, experts said.

Some may drop off benefit rolls for weeks, amounting to temporary drops in claims, or fall off altogether.

“Any of these transition points can lead to attrition,” said Eliza Forsythe, an assistant professor and labor economist at the University of Illinois.

Millions of workers are also poised to drop off unemployment rolls after the end of the year if Congress doesn’t extend certain programs like Pandemic Unemployment Assistance.

While jobs have clearly bounced back since the spring (albeit at a slowing pace in recent months), the true unemployment rate may be higher than the official 6.9%.

For example, nearly 4 million people had dropped out of the labor force by September compared with pre-pandemic levels in February and will likely return once the pandemic is under control, Forsythe and other labor economists said in a recent paper.

These people — who may not be able to work due to childcare responsibilities or may be discouraged from looking for work until the job market improves — are technically jobless, but aren’t counted in the official unemployment rate.