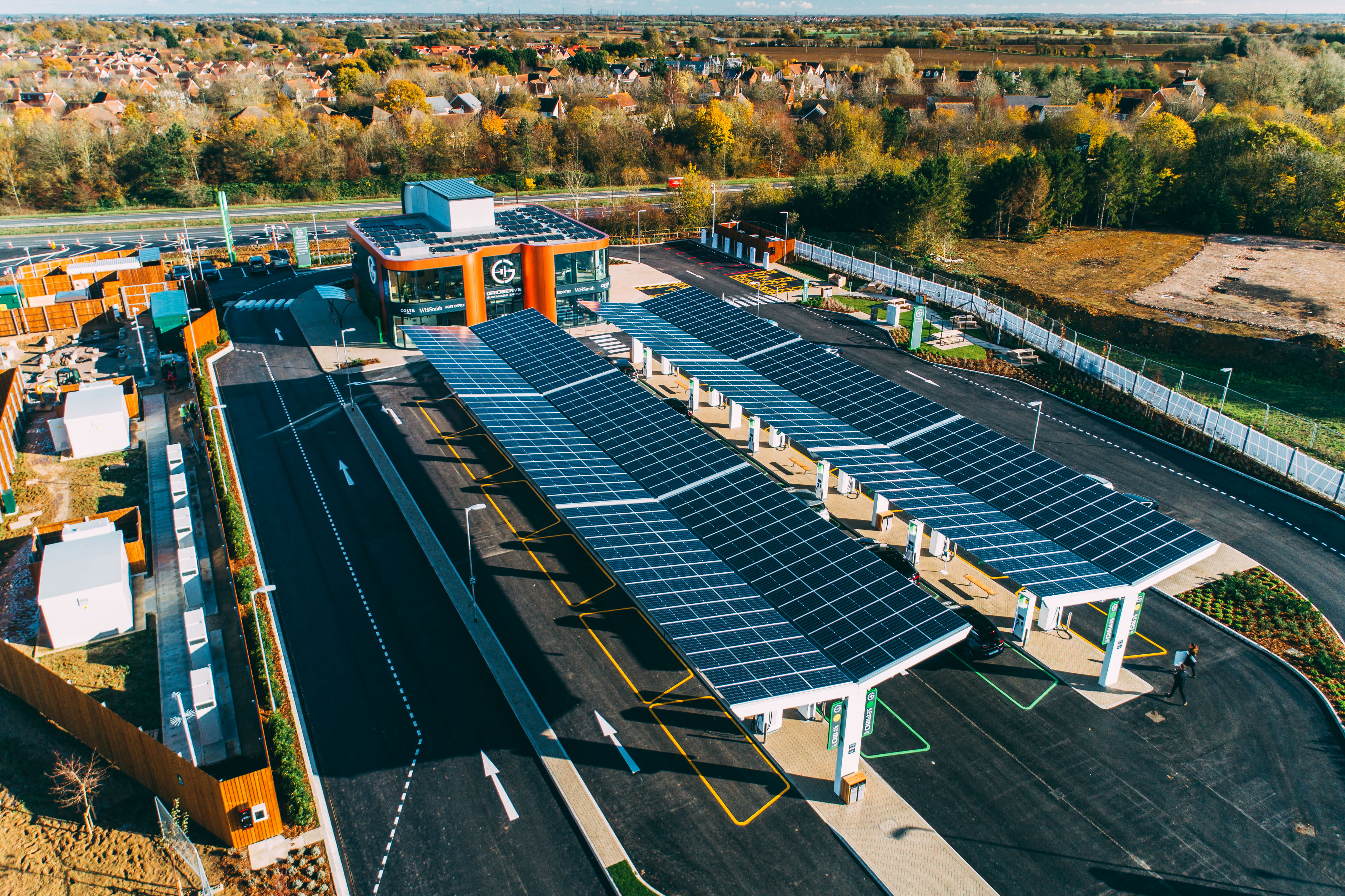 The facility is able to charge up to 36 electric vehicles at once, and uses rooftop solar panels.

The U.K.’s first forecourt dedicated to charging electric vehicles opened for business on Monday, as part of a plan to establish more than 100 similar sites across the country.

Sustainable energy firm Gridserve’s forecourt is able to charge 36 electric vehicles at once. The company says the chargers will provide road users with as much as 350 kilowatts of charging power, allowing 200 miles of range to be added to a vehicle in 20 minutes.

In terms of cost, drivers will pay 24 pence (around 32 cents) per kilowatt hour of energy, with Gridserve stating that a “typical charge from 20% to 80% costs under £10 for an average-size electric vehicle on the market today.”

Reliable and convenient sites for charging will play a crucial role when it comes to encouraging the uptake of electric vehicles (EVs) and challenging perceptions surrounding “range anxiety” — or the idea that electric vehicles aren’t able to undertake long journeys without losing power and getting stranded.

While Gridserve’s facility is the first of its kind in the U.K., other examples of sites dedicated solely to electric vehicles do exist. Last September, a gas station in Takoma Park, Maryland became the first in the U.S. to move from selling petroleum to exclusively charging electric vehicles.

The Gridserve site, located near the town of Braintree in the east of England, uses electricity generated by rooftop solar panels and hybrid solar farms, while an onsite, 6 megawatt hour battery provides storage.

As well as charging points, the site also has a restroom, a coffee shop and even exercise bikes that produce electricity when in use.

Alongside Gridserve, funding for the scheme has come from companies and organizations including  Hitachi Capital (UK), Innovate UK, and the Office for Zero Emission Vehicles.

Around the world, efforts are being made to boost the number of charging options for electric vehicle users. Norway, for example, a world leader in electric vehicle adoption, is home to more than 10,000 public charging points, according to the Norwegian Electric Vehicle Association.

Big plans, but challenges ahead

The launch of Gridserve’s facility comes a few weeks after it was announced that the U.K. would stop selling new diesel and petrol (gasoline) cars and vans from 2030.

The new target comes after what the U.K. government described as “extensive consultation with car manufacturers and sellers.”

Authorities will, however, continue to “allow the sale of hybrid cars and vans that can drive a significant distance with no carbon coming out of the tailpipe until 2035.”

Given that internal combustion engine vehicles still represent the majority of vehicles driven on U.K. roads, engendering change will face a range of challenges.

“Less than 10% of cars sold in the U.K. during 2020 so far have been battery EVs,” Tom Heggarty, a principal analyst at Wood Mackenzie, said in a statement reacting to the government’s new target.

“Getting to 100% will require a huge effort across the entire supply chain, as well as ensuring that enough fast charging infrastructure is available to keep all new electric vehicles … on the road.”