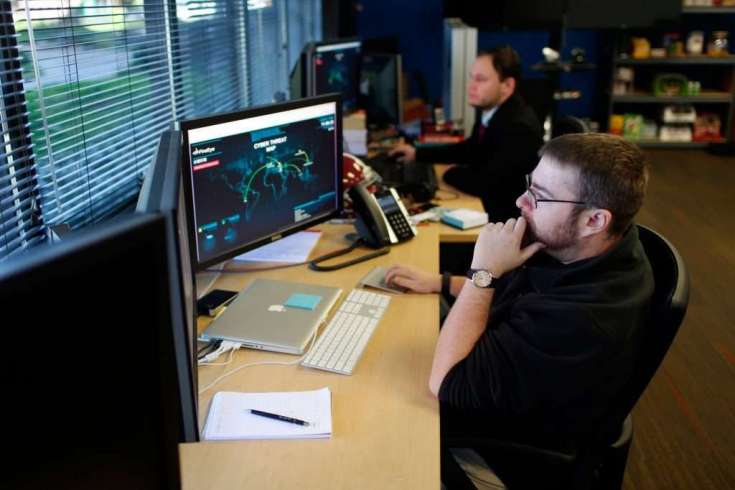 Campbell Soup (CPB) – The food maker reported quarterly profit of $1.02 per share, 11 cents a share above estimates. Revenue topped forecasts as well. Campbell also raised its quarterly dividend by 6% to 37 cents per share. The shares gained 1.5% in premarket trading as of 7:36 a.m. ET.

United Natural Foods (UNFI) – The wholesale grocery distributor earned 51 cents per share for its latest quarter, shy of the 74 cents a share consensus estimate. Revenue came in short of forecasts as well. United Natural Foods reported a slight increase in profit margins during the quarter, but also saw expenses increase from a year earlier. The shares lost 13% in premarket trading as of 7:36 a.m. ET.

FireEye (FEYE) – The cybersecurity company said its systems were breached by hackers in what it said was a highly sophisticated attack by a foreign government. FireEye said the attacks primarily sought information about government clients. The stock lost 9% in premarket trading as of 7:36 a.m. ET.

Hasbro (HAS) – The toymaker was rated “buy” in new coverage at Citi, which notes Hasbro’s strong brand portfolio and its ability to integrate its toy brands into movies and digital offerings.

JPMorgan Chase (JPM) – JPMorgan CEO Jamie Dimon said the bank will have slightly higher than expected expenses in 2021, due to investments the bank is making. He also told a Goldman Sachs investor conference that JPMorgan is interested in asset management and fintech acquisitions.

GameStop (GME) – GameStop posted a quarterly loss of 53 cents per share, smaller than the 85 cents a share loss that analysts had been forecasting. The videogame retailer’s revenue was below estimates, however, with the pandemic closing stores and competition from digital game-sellers intensifying. The stock lost 15% in premarket trading as of 7:36 a.m. ET.

Moderna (MRNA) – The drugmaker is partnering with Switzerland’s Roche in connection with its ongoing Covid-19 vaccine trial, incorporating a Roche antibody test in the trial to demonstrate if the vaccine is working.

McDonald’s (MCD) – McDonald’s franchisees say they’ll raise prices for the restaurant chain’s “Happy Meals,” if McDonald’s goes ahead with a plan to end a $300 per month subsidy used to offset the cost of the toys included with the meals.

Roku (ROKU) – Citi raised its price target on the streaming video device maker’s stock to a Street-high $375 per share from $220, while maintaining a “buy” rating. Citi is raising its estimate of expected value per active account, and sees several catalysts on the rise including new distribution agreements.