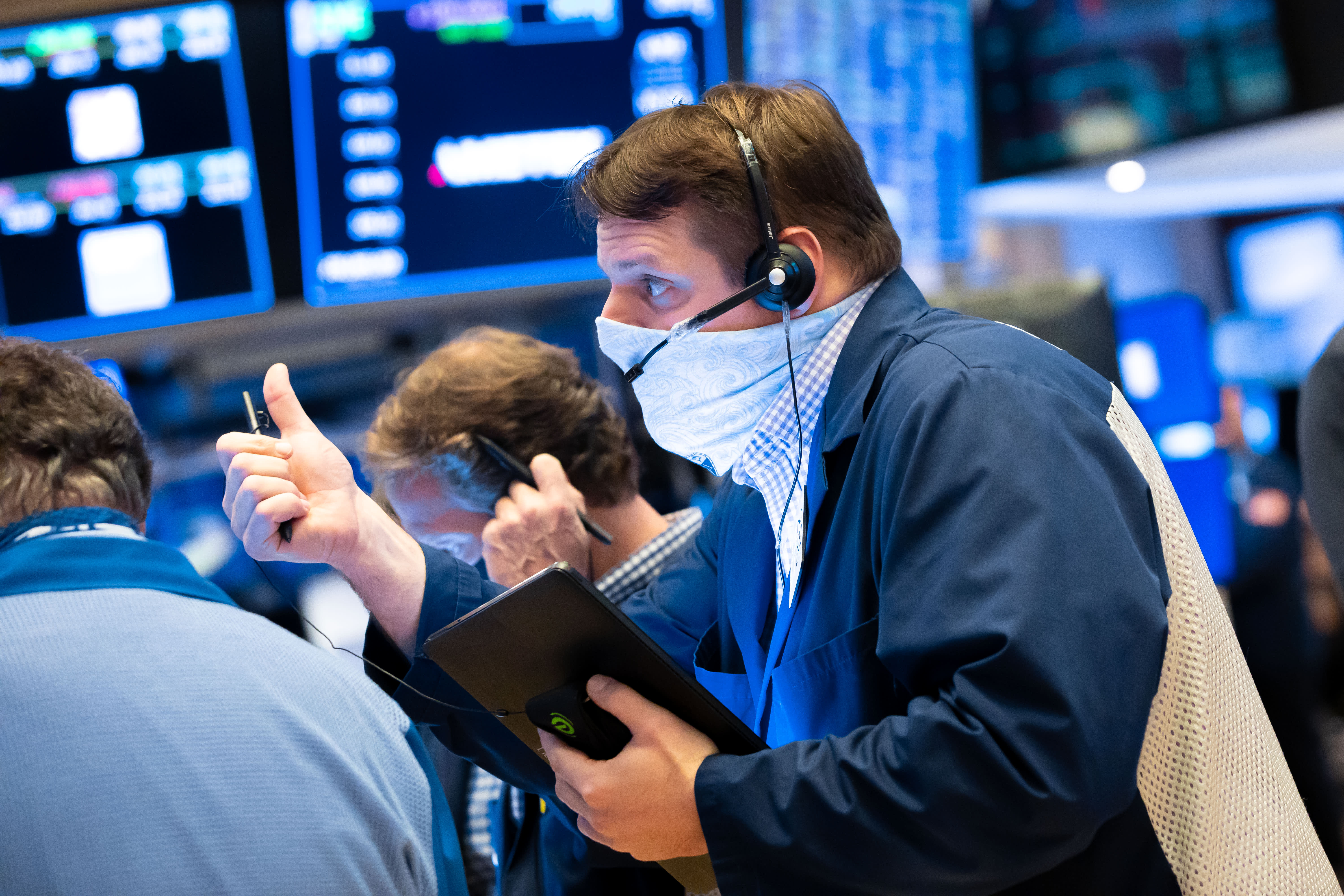 Stocks closed little changed on Thursday as lawmakers struggled to push through new fiscal stimulus before year-end. Sentiment was also dampened by the release of weaker-than-expected jobless claims data.

Verizon and IBM each fell at least 1% to lead the Dow lower. Industrials dragged down the S&P 500, pulling back by 0.9%.

House Speaker Nancy Pelosi told reporters Thursday that bipartisan negotiations were leading to “great progress” for an additional government aid package. However, Pelosi added that both sides were still debating over a liability waiver for businesses.

The House of Representatives passed a government funding extension Wednesday that would keep the federal government running through Dec. 18 and buy time for further negotiations for a bigger relief bill.

Frank Rybinski, chief macro strategist at Aegon Asset Management, said failure to reach a deal on stimulus could hurt risk assets in the near term.

“The markets are already discounting a smoother vaccine rollout and stimulus; if we don’t get stimulus by the end of the year … you could definitely have a risk-off move in the market,” he said. Rybinski added, however, he would use those declines as buying opportunities as the economic outlook starts to improve for the second half of 2021.

Market sentiment on Thursday was also kept in check by the latest U.S. unemployment data.

Initial weekly jobless claims jumped to 853,000 last week, topping a Dow Jones estimate of 730,000. That marks the highest number of initial claims being filed since September and the first time since October that they topped 800,000.

“Given the recent behavior of initial claims, we will likely see further increases in continuing claims going forward,” wrote Thomas Simons, money market economist at Jefferies. “Evidence has been building indicating that claims hit an inflection point in early November due to rising COVID case numbers and forced the imposition of social distancing policies that really hurt the service sector of the economy.”

Expectations of a strong economic recovery and enthusiasm over the Pfizer-BioNTech vaccine rollout in the U.K. recently pushed the major averages to record highs.

However, Commerce Street Capital CEO Dory Wiley believes caution is warranted for stock investors, noting that 90% of stocks on the NYSE trading above their 200-day moving average as an indication that valuations might be stretched.

“Timing the market is not always well-advised and paring back can miss out on some gains the next two months, but after such good returns in clearly a terrible fundamentals year, I think taking some profits and moving to cash, not bonds, makes some sense here,” Wiley said.