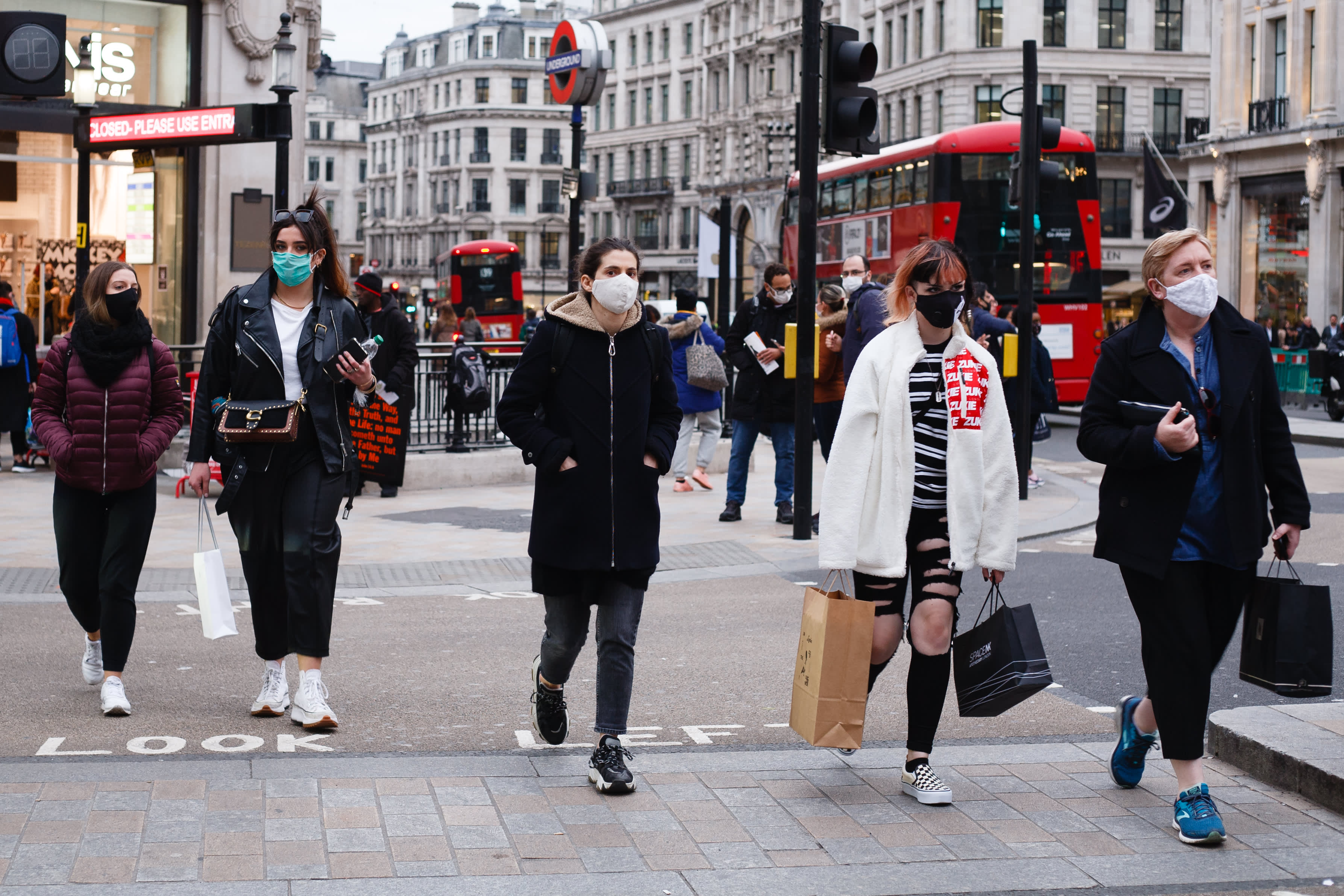 Stock futures traded deep in the red early Monday as enthusiasm over a coronavirus stimulus deal was overwhelmed by worries over a viral new Covid strain in the U.K.

Now with a stimulus agreed upon, investors may also be seeking to lock in profits after an unexpected banner year. With only two trading weeks left in 2020, the S&P 500 is up 14.8% for the year, while the 30-stock Dow has risen 5.8%. The Nasdaq Composite has rallied 42.2% this year as investors favored high-growth technology companies.

Travel-related stocks came under pressure early Monday on news of an infectious new coronavirus strain in the U.K., which triggered more severe lockdowns and travel restrictions across Europe.

Norwegian and Royal Caribbean cruise lines shares each dropped more than 6% in premarket trading. Delta Air Lines lost 5% in early trading. Shares of companies that would be hit by stricter lockdown measures fell, including Wynn Resorts and Gap.

“There was actually a lot of encouraging news this morning, although it’s being overshadowed (for now) by the gloomy headlines out of the U.K.,” wrote Vital Knowledge’s Adam Crisafulli in a note to clients. “The market has been in a tug-of-war between the very grim near-term COVID backdrop and the increasingly hopeful medium/long-term outlook (driven by vaccines) – the latter set of forces are more powerful in aggregate, but on occasion the market decides to focus on the former, and stocks suffer as a result.”

The losses came even as lawmakers have reached an agreement on a $900 billion relief package, which would provide direct payments and jobless aid to struggling Americans. The announcement came after negotiators resolved a key sticking point by rolling back the Federal Reserve’s emergency lending powers.

Lawmakers will vote on the relief and funding bill on Monday.

The major averages hit record highs recently amid optimism toward fresh coronavirus stimulus as well as the vaccine rollout. Moderna is shipping its first batch of vaccine doses after receiving approval for emergence use from the U.S. Food and Drug Administration. Meanwhile, the vaccines by Pfizer and BioNTech are being distributed to front-line health-care workers around the country.

The U.K. strain “doesn’t seem to have mutated the surface proteins of the virus in a way that they would slip past our vaccines or prior immunity. In fact, we don’t think that that’s the case,” Dr. Scott Gottlieb told CNBC’s “Squawk Box.” “But what this does suggest is that eventually this vaccine probably will evolve its surface proteins in a way that they won’t be recognized by the antibodies we have right now, and we will have to update our vaccines.”

Gottlieb said the Covid virus did not seem to be mutating its proteins as rapidly as the seasonal flu and estimated that vaccines would need to be updated about every three years.

“Covid mutations are a reality, and there is at least some disappointment around what’s actually in the stimulus deal, which means we may see this translate into volatility as we narrow in on the end of 2020,” said Chris Larkin, managing director of trading and investing product at E-Trade.

At Monday’s open, Tesla will enter the S&P 500 with a 1.69% weighting in the index, the fifth largest. The stock was down 4% in premarket trading.

On Friday, the Fed announced it will allow the nation’s big banks to resume share buybacks in the first quarter of 2021 subject to certain rules. JPMorgan shares were up 3% in premarket trading.